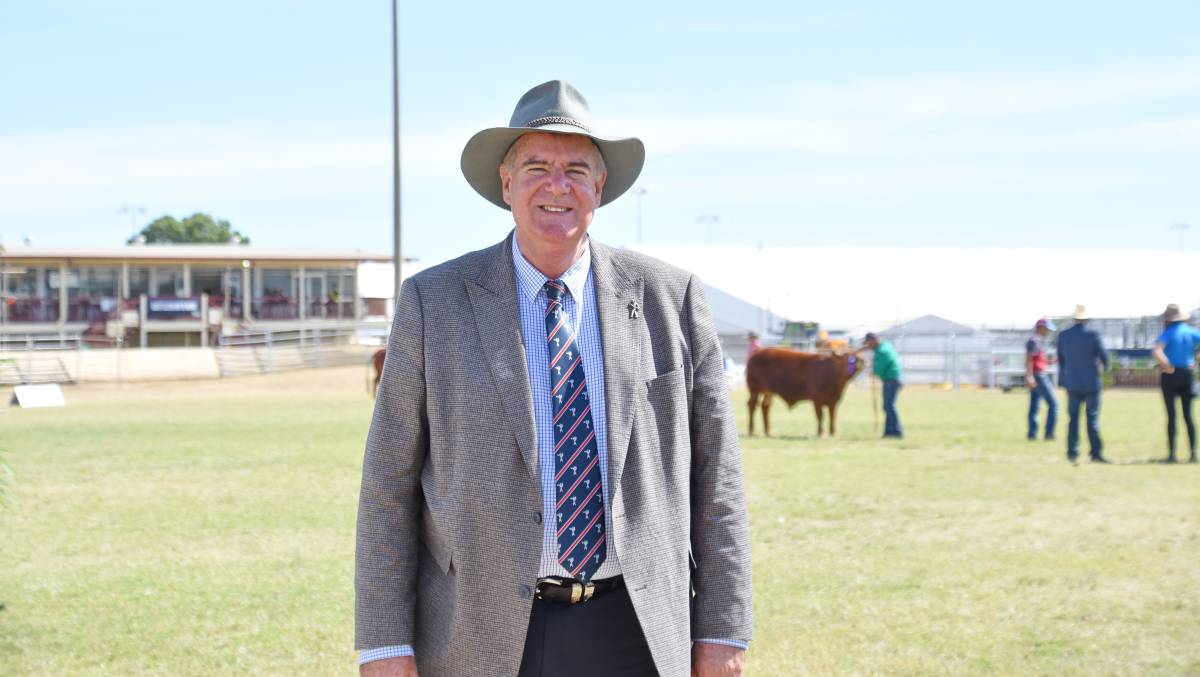 Mr Furner said many of the issues people had spoken to him about during Beef Australia, including trade, were matters that need to be worked on in conjunction with the federal government.

"Looking at matters of trade, and to some extent it was fortuitous that a couple of weeks ago I was engaging with the Consulate General of the People's Republic of China in Brisbane, Dr Xu Jie," Mr Furner said.

"Despite the fact he wanted to engage with me about trade issues and the approach the federal government has taken, I wanted to make sure we focus on what Queensland has to offer.

"And what Queensland has to offer - it's not my biased view, but it's my strong opinion - we have the best beef in the world."

Mr Furner said Queensland has the best trading partners, exporting to more than 66 countries, with beef exports worth $6.7 billion and the industry supporting 18,500 jobs.

He said it was also a great pleasure to have the Consul-General of Japan in Queensland, Kazunari Tanaka, at Beef Australia.

"He has been an inspiration to Queensland agriculture. He's been out there with me on the ground for several days, looking at properties and different forms of agriculture," Mr Furner said.

When it comes to biosecurity, Mr Furner told Queensland Country Life it is an area he takes seriously.

He said the Department of Agriculture and Fisheries' new Director-General Bob Gee had been a breath of fresh air and was landing on his feet.

"The LNP is shameless about its track record of cutting 600 jobs from the Department of Agriculture and Fisheries, including 26 per cent of biosecurity staff and 28pc of fisheries staff," he said.

Mr Furner said it was great to see positivity and enthusiasm in the crowds and among exhibitors at Beef 2021.

"This is only my second Beef Australia and contrasting that from 2018, it's extremely positive," he said.

"There's that real strong energy from producers here to showcase what they do best."