Joe Down leads the standings in the bull ride and aims to qualify for the finals in Warwick in late October.

Calliope cowboy Joe Down has his sights set on the national finals.

CALLIOPE cowboy Joe Down won't have the tyranny of distance to face when he competes in the bull ride at the Callide Valley Show Rodeo at Biloela on Saturday.

The rodeo starts at 6pm at the Biloela Showgrounds and has attracted 201 nominations.

Down currently leads the national finals standings in the bull ride in the Australian Professional Rodeo Association and is on target to finish in the top 15 and qualify for the finals in Warwick in late October. 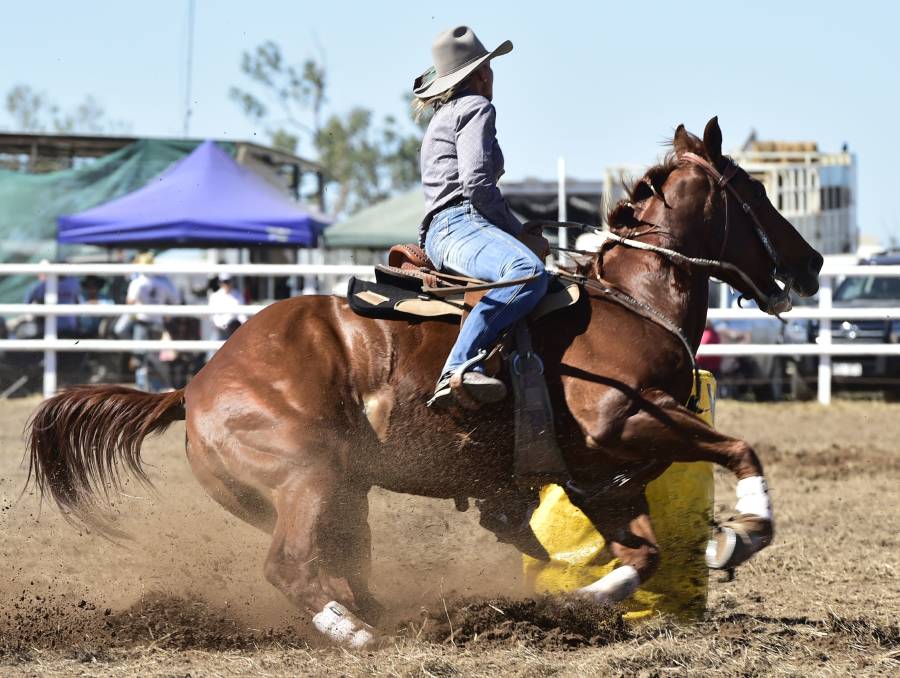 Leanne Caban competes in the barrel race. There are 30 in the ladies' barrel race at Biloela.

He is originally from Warrnambool in Victoria and said his longest trip in rodeo was from Victoria to Normanton in Queensland and Darwin in the Northern Territory when a junior.

"I travelled with my dad Geoff Down and Gavin Woodall and his sons Sam and Jack and we went to three rodeos in a three-week period," Down said.

This year, he has travelled home to Victoria for rodeos at Chiltern and Alexandra but did not place.

His last win was at The Man from Snowy River Rodeo when he scored 80 on a bull from the John Happy Gill string.

Until the age of 16, Down played Aussie rules in the forward pocket for the Port Fairy Seagulls but recalled his footy coach being unhappy when he went to a rodeo at a weekend instead of footy.

"I stopped playing Australian rules and don't follow the footy now; it is all bull riding," he said. "I am only a little bloke but it is best feeling in the world to ride time on a big bull." 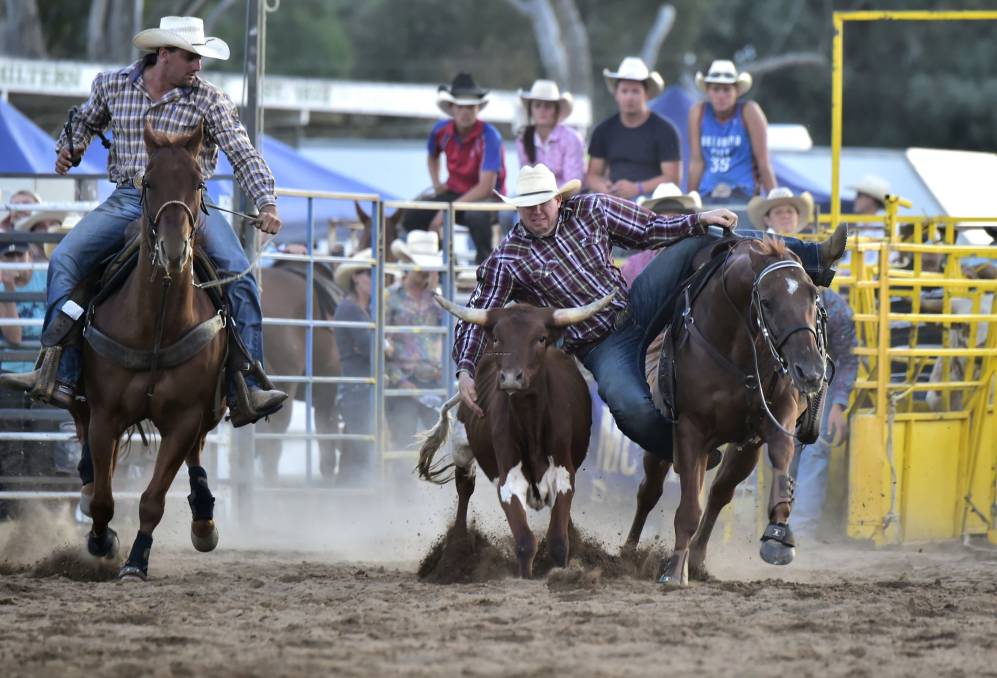 Cameron Bell and Terry Evison in the team roping.

He gives credit to Gavin Woodall (Victoria) and Darren Brandenburg (Queensland) for the coaching which has helped put him at the top of the APRA standings.

"My aim is to win the APRA rookie bull riding title this year and it will also be good to make the finals," Down said.

He jumps on practice bulls where it can be arranged.

From the age of nine, he competed in the calf ride but didn't do a lot of steer riding as he went straight from calves to junior bulls.

In 2017, he travelled to America with the Australian high school rodeo team. Once the international borders are open again, Down hopes to travel to Canada to compete in some of the biggest rodeos in the world.

The 20-year-old is currently based in Calliope and working on home maintenance.

"I moved to Queensland in June last year," Down said.

In 2019, he was second in the second-division bull ride at Mt Isa after winning the junior bull ride in 2018.

The rope and tie will be one of the hotly contested events at Biloela on Saturday. Past APRA title winners Mitch Eastwell, Shane Iker, Shane Kenny, Campbell Hodson and Mark Knox have all nominated.

There are 34 entries in team roping, 30 in the ladies' barrel race, and 25 in breakaway roping. Campbell Hodson competes in the rope and tie.