Mr Mill said hosting the event in the face of a pandemic demonstrated what the 'industry was all about'.

Beef 2021 has officially been confirmed Beef Australia's biggest ever event, with a record 115,000 people consuming 63 tonnes of beef at the Rockhampton Showgrounds.

The record crowd made the 2021 event not only the biggest ever Beef, but one of Australia's biggest events since the pandemic began.

Thanks to a successful COVID-Safe plan, the five-day triannual event went ahead without a hitch - featuring property tours, industry seminars, the latest on-farm technology, premier cattle and cattle judging events.

Beef Australia CEO Ian Mill thanked locals and event organisers for the event's success and warned that even more records are set to be broken. 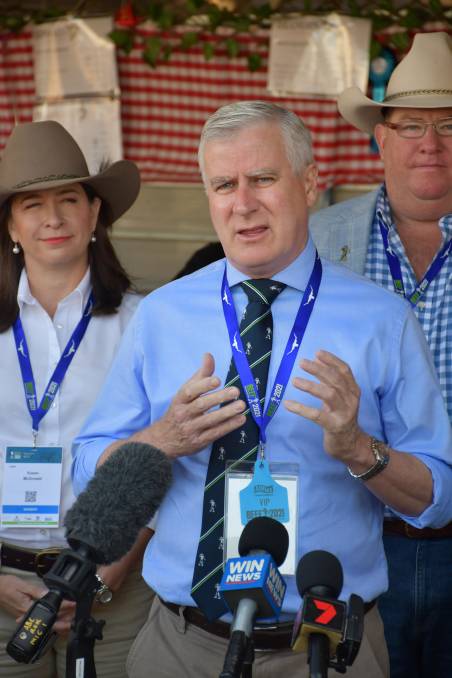 Senator Susan McDonald and Deputy Prime Minister Michael McCormack were some of the big names to visit Rockhampton over the week.

"The planets seemed to align for us. Rockhampton was the place to be for both federal and state politicians," Mr Mill said.

"Once everything settles, we will be able to get a lot more detail but it seems that everything so far is breaking records.

"The feeling around Rockhampton was palpable."

Mr Mill said hosting the event in the face of a pandemic demonstrated what the 'industry was all about'.

"Primary producers are resilient and they take risks. And that was mirrored in what we did at Beef Australia," he said.

"I would have to say that Beef is probably the largest event that occurred in Australia recently and to pull it off with the challenges of COVID-19 and without any difficulties speaks volumes to the industry, my team and the city of Rockhampton."

This year's addition of a dedicated stud shed zone, that featured 'world-class' cattle, was a favourite for producers, according to Beef Australia vice-chairman Russell Hughes.

"The feedback we've had from exhibitors and businesses is that they loved having all the cattle in the one area. So we've produced those four big stud cattle sheds," Mr Hughes said.

"We had around 1400 stud animals in those sheds along with 350 trade cattle.

Mr Hughes said Beef Australia was proud to bring the best of the cattle industry together.

"The results are in the pudding, we saw the best bull and female exhibitor group in Australia. That was a very pleasing sight."

Mr Hughes said he was grateful to the Rockhampton community for hosting Beef.