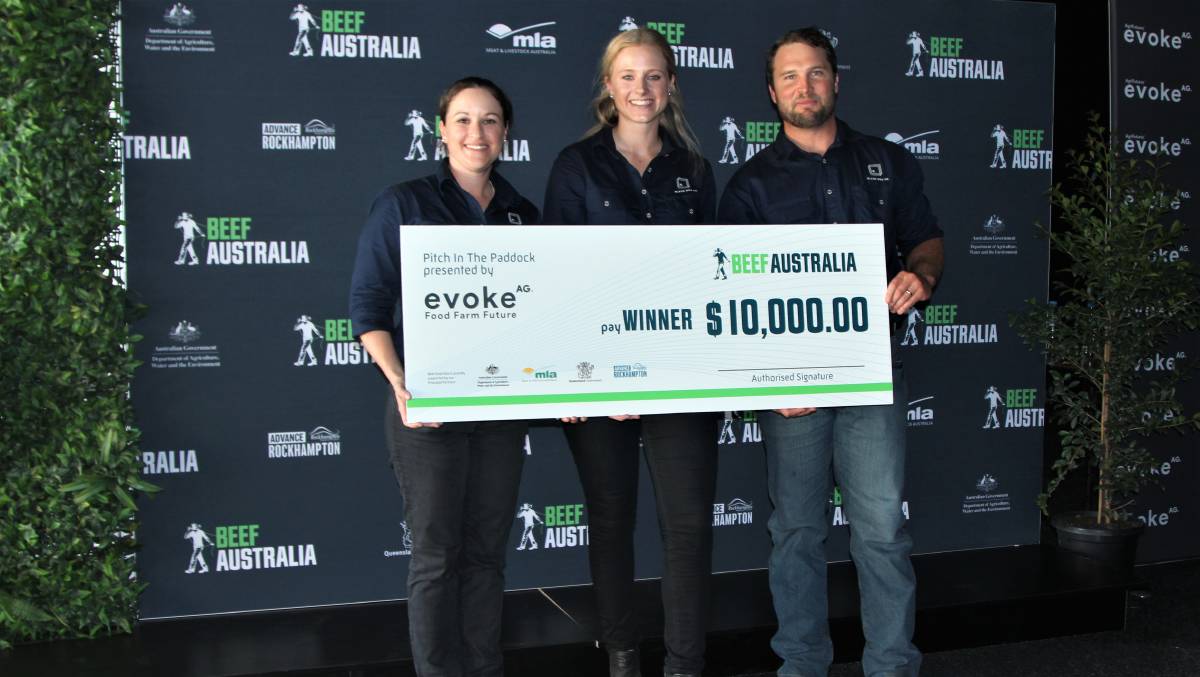 Black Box Co, the North Queensland company that analyses data with the aim of helping producers improve their on-farm productivity, has added the prestigious Beef Australia 2021 Pitch in the Paddock win to their many accolades.

Black Box Co, the North Queensland company that analyses data with the aim of helping producers improve their on-farm productivity, has added the prestigious Beef Australia 2021 Pitch in the Paddock win to its many accolades.

The agtech start-up has won $10,000 and valuable exposure for its concept after five judges at the top of their various fields gave its pitch the nod over eight other ideas.

"We were up against stiff competition, and had a judging panel that was world-class for agtech," Black Box Co co-founder Shannon Speight said. "I guess the judges felt we could have the possibility to make the biggest impact in the industry."

"There's a lot of data out there that's just sitting there and that's why we created this," Ms Speight said.

"We saw an issue and decided that someone had to do something about it," her partner Emma Black added.

"It's an easy, simple to use product but it can also generate so much value for the entire industry.

"We pull together data, we don't just summarise it, we analyse it and link different pieces of that information together from along the supply chain."

Presenting the $10,000 award, Beef Australia board member Jess Webb said it highlighted the fact that the national field day was the place to come to for innovative ideas of the best quality.

Ms Speight and Ms Black have showcased their product throughout the week and said that working with the industry from the start was paramount to their success and growth.

"The amount of support that we've had from the start from the industry, paying customers, at a scarily early stage - we've just closed an investment round aimed to raise $1m and ended up raising $1.5m, so we were over-subscribed," Ms Black said.

"They are all Australian investors from within the industry so it shows how much they support this as a solution.

"This is the absolute icing on the cake."

Ms Speight (nee Landmark) and Ms Black won the Zanda McDonald Award in 2019 and 2015 respectively, and the Black Box Co won a $10,000 Innovate with nbn grant in February.

"We've been very fortunate to win a number of awards this year but I think that highlights the need for our product in the industry," Ms Black said.

One of their supporters is McDonald Holdings and Don McDonald, who was in the audience when the pitches were presented and judged, said they'd been backing them from the start.

"They have room to expand into so many other industries, even fishing and the like," he said.

Each of the nine finalists was given three minutes to present their concept before St Lawrence's Lachlan McArthur literally cracked the whip on them, which then signalled a three-minute Q&A period for judges.

At the conclusion of the presentations, judges were given five minutes to confer and make their decision.

Ms Black said they would spend their prize on bringing the team together.

"We're a remote team based across regional Australia and some capital cities so bringing them together for the first time - we'll see each other and be able to celebrate and put our heads forward and strategise and roll out some more impressive stuff," she said.