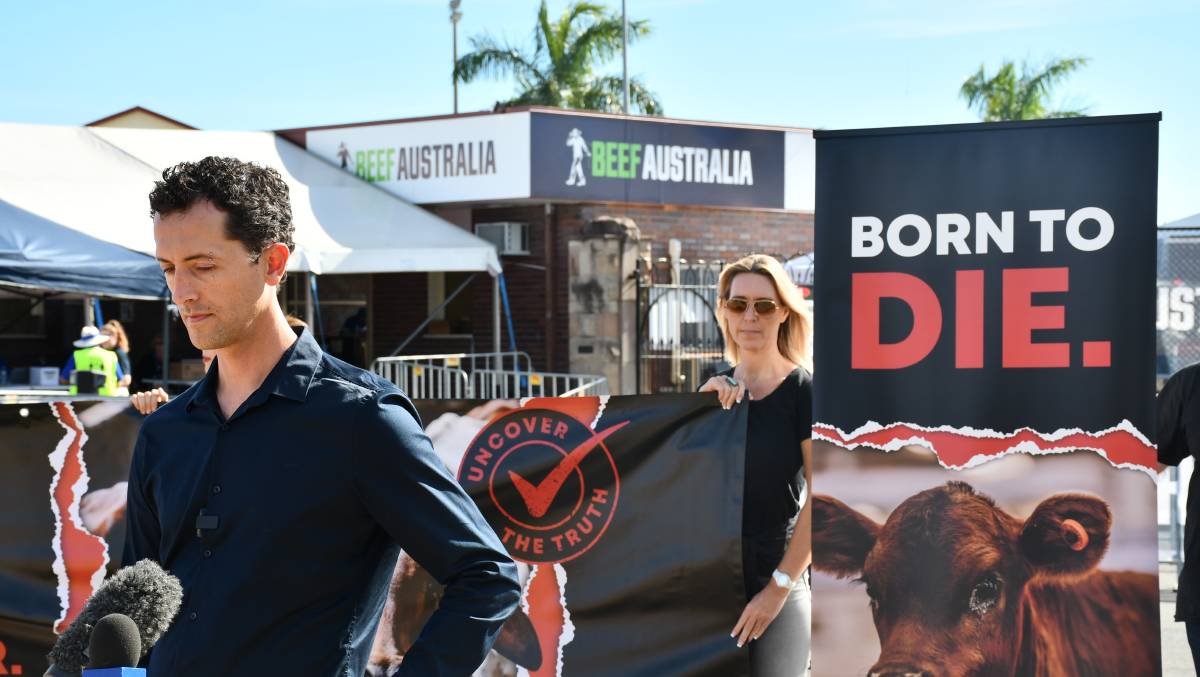 Animal activists attempt to disrupt Beef 2021 with a physical presence and provocative campaign.

Animal activists and federal leaders went head to head at Beef 2021 with simultaneous press conferences being held on Thursday morning in the latest installment of the dietary culture war.

As the Deputy Prime Minister Michael McCormack and his team of senior politicians were met with applause underneath the stud cattle sheds at the Rockhampton Showgrounds, a group from Animal Liberation Queensland set up a provocative banner outside the beef industry's largest event. 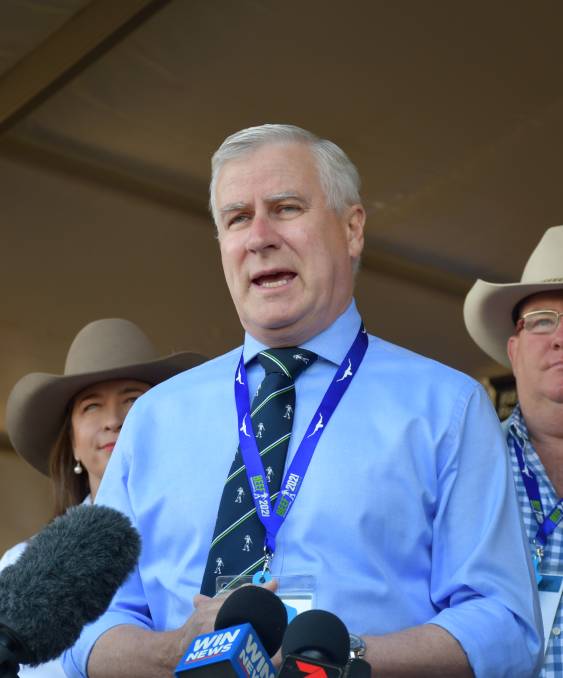 Mr McCormack dismissed the group's message, ensuring Australia has the best practice of animal welfare and regulation before advising them to "visit a friendly pub in Rockhampton and have a nice steak".

"Which I say to those people who are activists, what do they want to shut down next?"

Meanwhile, Queensland's Animal Liberation leader Chay Neal accused the beef industry of being " the leading cause of ecosystem destruction, deforestation and damage to the Great Barrier Reef" and called for a total phase-out of the industry. 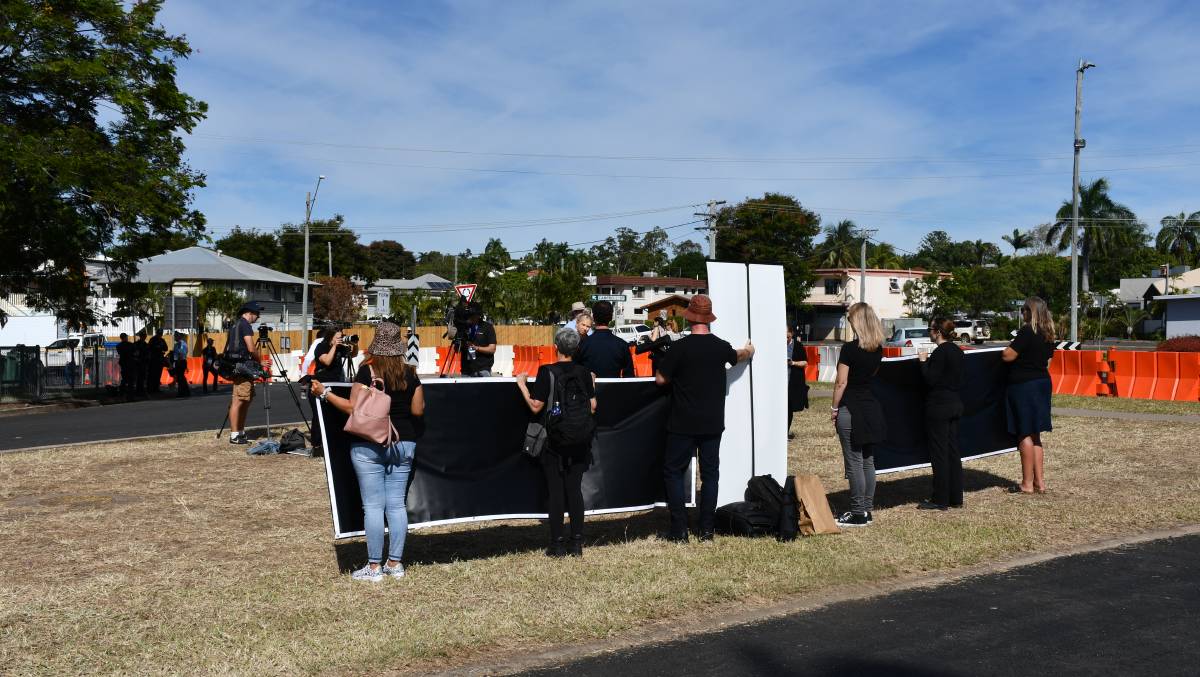 The group of animal activists dawned in front of a crowd of media and police.

"This is the beef industry's big celebration, it's where industry and government are," he said.

"We are here to shine a spotlight on issues surrounding animal welfare and the environment." 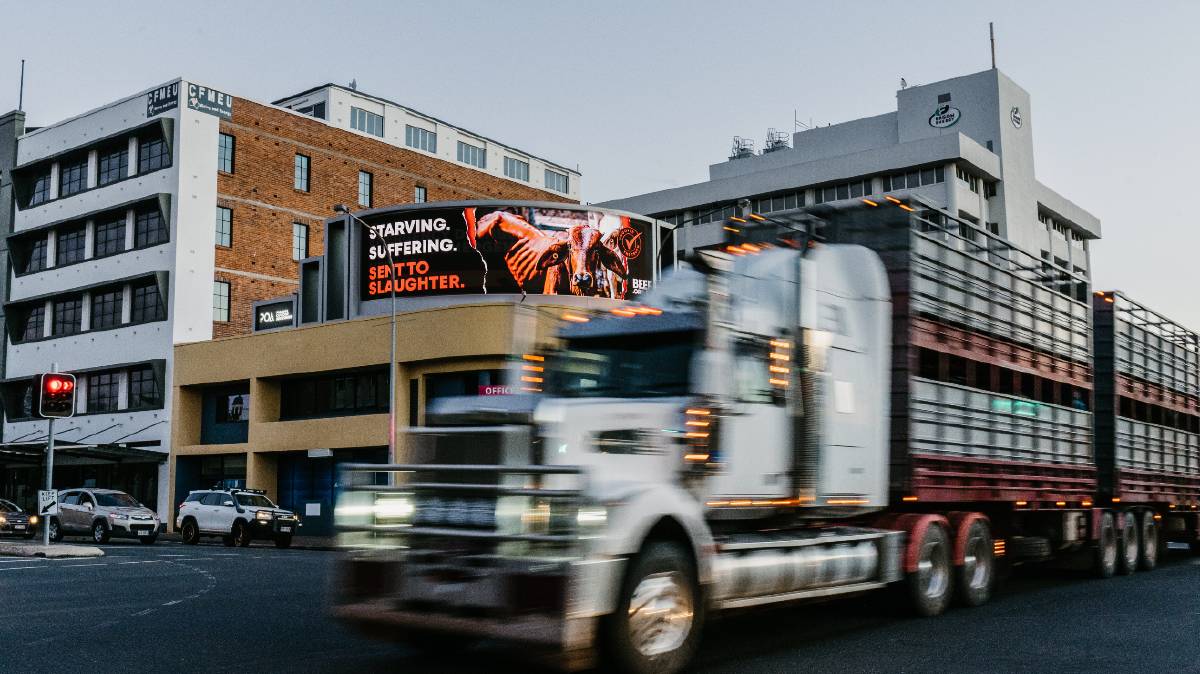 "We hear industry promises that regenerative grazing will help achieve the goal of net zero by 2030. We believe this is marketing spin, we see no meaningful evidence from the beef industry that they can stop emissions," he said.

The demonstration from animal activists is the latest in a series of a "provocative campaign" to disrupt the beef industry and it's biggest event Beef Australia.

The group have displayed major billboards in both Rockhampton and Brisbane and have recently acquired the domain beef.org.au.

Mr Neal said the group has to be "provocative" to get their message across.