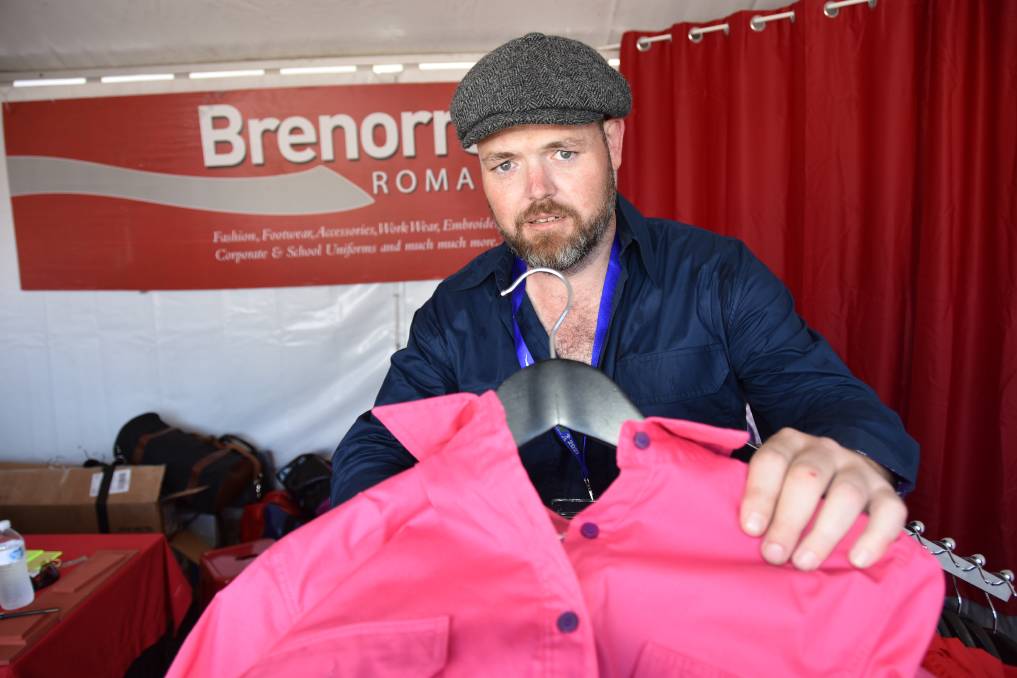 GIVING: Nathan Garvie, Brenorrs, Roma with one of the newly launched Epicool work shirts at Beef 2021. Five dollars from the sale of every shirt goes to Epilepsy Queensland.

Brenorrs at Roma will donate five bucks from the sale of every shirt.

THE top pockets are big enough to hold both a smartphone and a pen.

That's far from a trivial feature when it comes to work shirts, as many workers will attest.

It's also one of the key features to the newly released Epicool work shirt range from Brenorrs, Roma which were launched at Beef 2021.

But it's the details to the shirt's design which indicate higher intentions for the clothing line.

The ultra-cool mesh underneath the armpit is a distinct lavender while the internal side of the cuffs is the same colour along with the branding of Epilepsy Queensland.

Lavender is the international colour for epilepsy.

The intentional colour selection comes as Brenorrs will donate $5 from the sale of every shirt to Epilepsy Queensland.

It's a project close to the heart of designer and owner Nathan Garvie, who himself suffers from epilepsy.

"It affects everyone differently, and affects those close to the person with epilepsy," Mr Garvie said.

Brenorrs, which has been making workwear for 20 years, has become a corporate partner with Epilepsy Queensland. DESIGN: The shirts feature the Epilepsy Queensland logo on the inside of the cuffs, plus lavender mesh venting under the arms.

There are men's and ladies' shirts, each with special design features.

They are 100 per cent Australian made of a 150GSM cotton stretch blend, providing UPF 50+ sun protection.

They also feature vents on the upper back to capture cross-breezes. The extra long tail makes for easy tucking in and bending over.