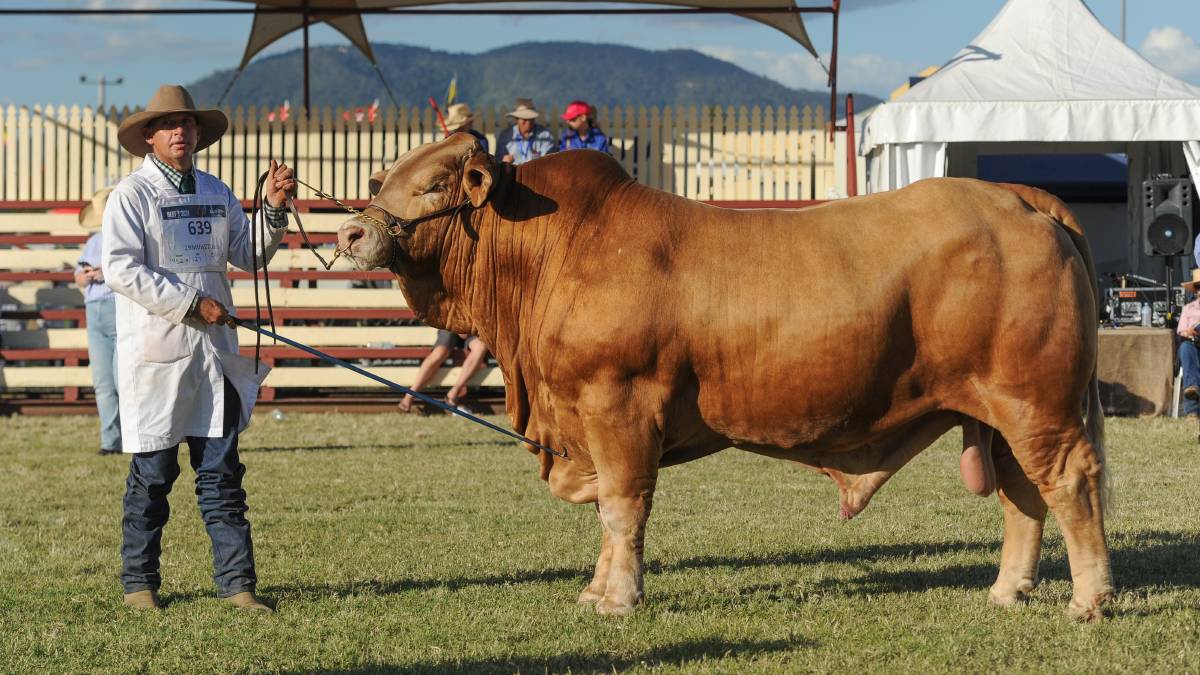 The breed attracted 38 head to the breed judging on Wednesday.

Judges Renee Rutherford of Redskin Droughtmasters at Morinish and her associate Bow Connor from Rosewood Cattle Company, also of Morinish, may not have had a large number of animals but consistency shone through in their final placings.

The Gooding family of Marlegoo Charbrays at Biloela returned to Beef Australia after missing the last two events due to drought and illness, and went straight to claiming senior and grand champion female with Marlegoo Pudding and her first calf, Marlegoo Raspberry.

Ms Rutherford commended the long, clean female who was structurally correct and balanced.

"The balance carries through to her teat placement; for a young cow her udder is nice and square and she is doing a good job feeding the heifer calf at four months old.

"It carries the balance of that female and shows she is passing it on to her progeny."

Stud principal Cherie Gooding said she was the type of female they were striving to breed; tidy, moderate framed, productive and functional.

"We just really liked her as a weaner and watched her as she came through and then she had a ripper calf as her first calf and we thought right, 'We better take her to beef'," she said. 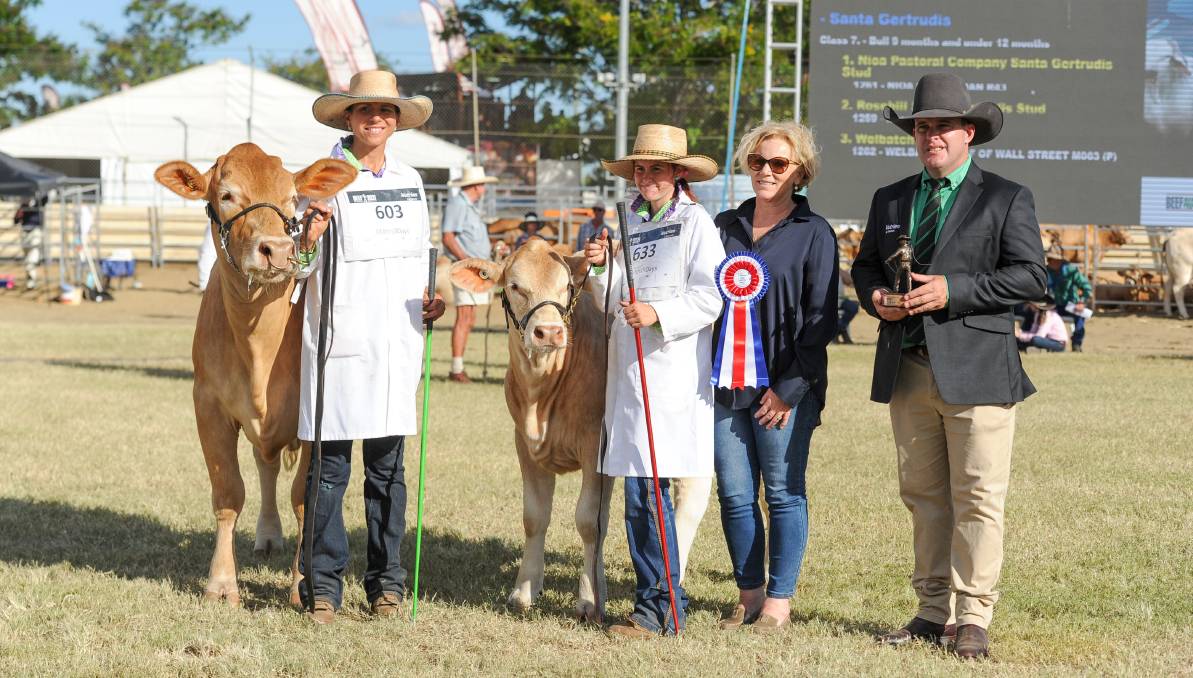 "This is our first year back in quite a few Beefs...we were trying to get through drought years when we averaged 280 millimetres for three years at Biloela in our little pocket. That was where all our energy went in 2017 to 2019."

It was also the first Beef Australia grand champion rosette win for the Ford family of Wattlebray Charbrays at Chinchilla when 30-month-old Wattlebray Pin Up was named the breed's best bull.

"It's been an aim for a while so we are just over the moon," stud principal Trevor Ford said.

"I was a little bit nervous to be honest because there were a few good bulls out there and I thought the judge could have gone either way with it."

Described as having plenty of power and punch by Ms Rutherford, he was also the breed's champion bull in the COVID-19 2020 Virtual Online Show last year.

The son of the highly successful Huntington Lovell, who's first 20 sons averaged close to $11,000 at auction, weighed 952 kilograms with a 127 square centimetre eye muscle area and will be sold at the breed's national sale in Rockhampton later this year.