A junior bull touted as changing the breed for the better was named grand champion.

A junior bull touted as changing the breed for the better was the big winner in the Limousin ring at Beef Australia on Wednesday.

Judge Berry Reynolds of Mort and Co at Toowoomba and his associate Hayden Hanson from Bullakeana Brangus at Moura couldn't go past the red bull for their grand champion male while in the females it was a cow and calf who were only broken in at Christmas time that claimed the female equivalent.

Benjarra Quality Made exhibited by Ben Passmore, Ellangowan, was the 19-month-old junior and grand champion bull that weighed 738 kilograms with fat depths of seven millimetres respectively and a 124 square centimetre eye muscle area.

"He is really the type of bull that I used to strive to breed myself," Mr Reynolds said.

"It came down to which bull is going to change the Limousin breed for the better. I know they all will but which one is going to do it better."

Quality Made had already won grand champion in his only other show appearance at Pittsworth and was a bull Mr Passmore could see massive potential in. "I don't think he has really hit his peak yet," he said.

Having been known for breeding black and apricot cattle, Mr Passmore said he was expanding into more red genetics and Quality Made was the first progeny of Red Rock Jock N205.

"He is certainly a bull I've been trying to find for a lot of years; just his sheer power and performance and ability to get bulls with plenty of growth at an early age," he said.

"We were just trying to get our bulls so they are up and stretchy so they can get out and walk and get over the country so that's what he is doing for us.

"A lot of our blokes that are asking for bulls now like the apricot type but they would rather the red if we can in central Queensland and further up."

Quality Made will go on to the Royal Queensland Show in August and then sell in September.

The big winner in the female section was Flemington U-Beaut N44 and exhibited by Ray Zahnow, Fernvale Limousins, Fernvale.

Mr Zahnow, who works as a storeman at TAFE in Ipswich and has a handful of Limousins as a hobby, purchased U-Beaut and her then four-week-old calf for $9000 sight unseen last year.

The journey to the show ring wasn't easy though.

"She was broken in to tie up as a heifer but never done anything more with her and then we broke her in and taught her to lead which was a trying moment a few times," Mr Zahnow said.

"I wasn't sure whether I was going to get her broken in time.

"I'm just really excited; I got really emotional and I couldn't stop crying (after the win)." 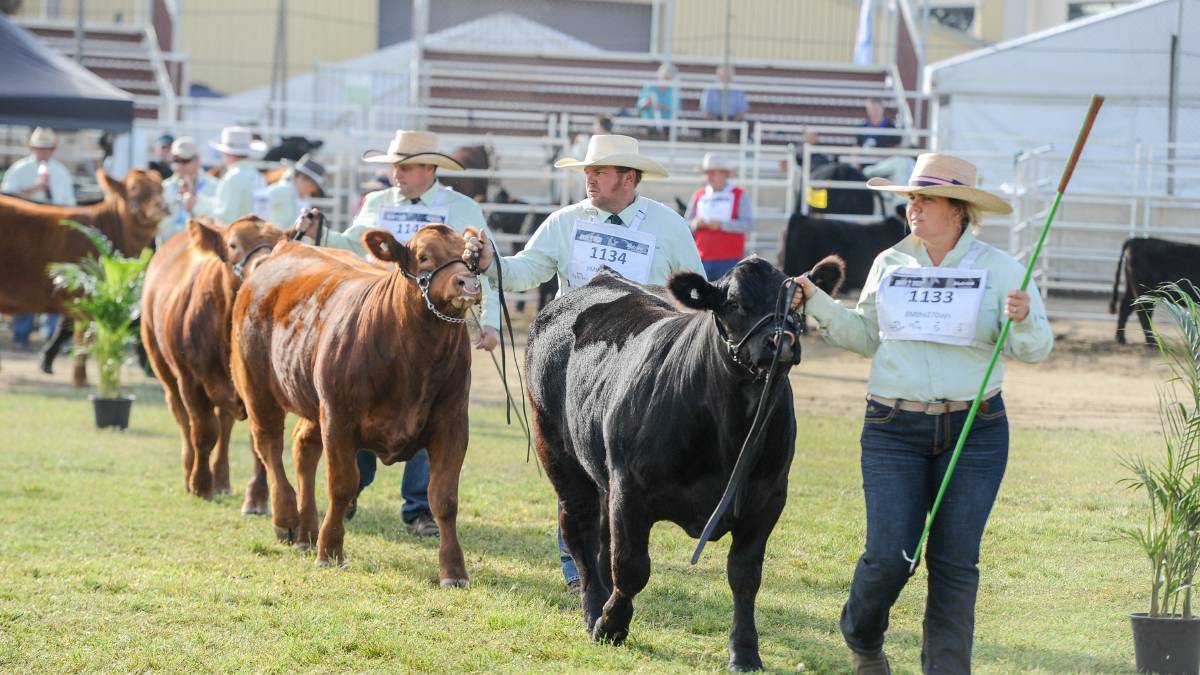