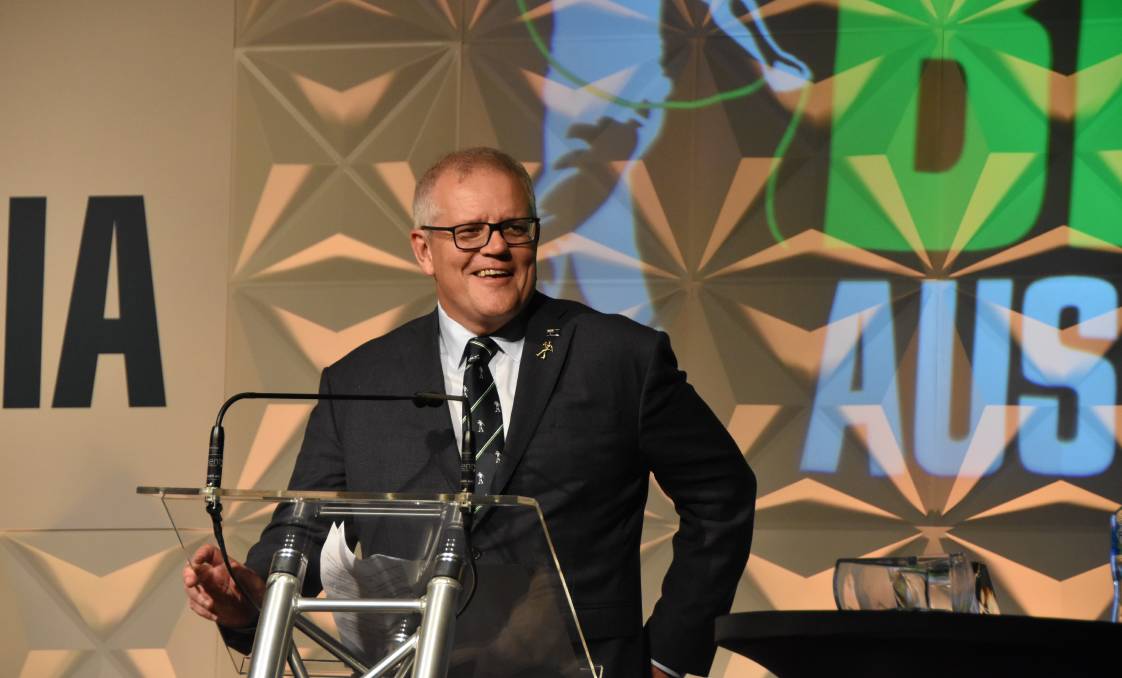 PRIME Minister Scott Morrison delivered a stirring message of thanks to Australia's primary producers 'for carrying this country' at a big beef industry event in Rockhampton this week.

The PM gate crashed the Rabobank Beef Awards dinner, to the delight of organisers, and presented the 2021 Beef Achiever award, which went to the Northern Territory's Tracey Hayes.

It was arguably the first large coming together in the ag sector since coronavirus rocked the world and the audience consisted of many of the movers and shakers of the cattle industry, along with the next generation of innovators and trailblazers.

The PM said those in Canberra were very pleased to see the success the beef industry was currently having.

"I only have a simple message for you, and that is to say thank you on behalf of this country,' he said. 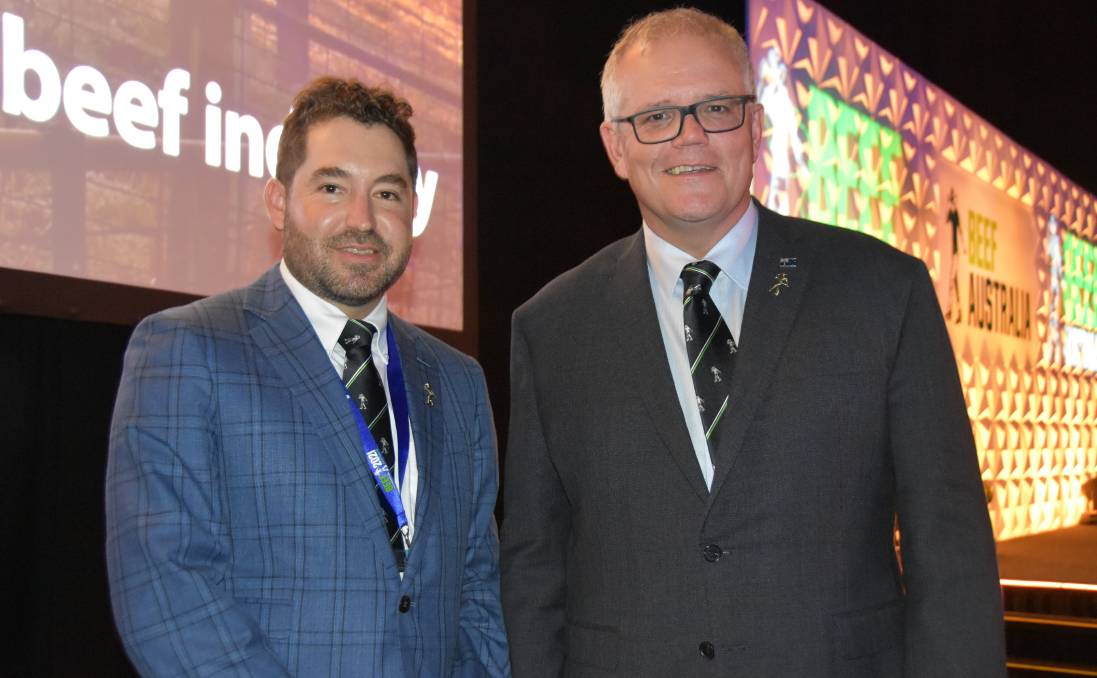 Times had been difficult and it was 'only because the country has been so well serviced by our regional industries, our ag industries, our resources industries that we've been carried through', he said.

He thanked those in the beef industry for 'persevering, for believing in what you do, for working as hard as you have, for keeping staff on, for seeking new markets when challenged and for pushing forward with innovation, striving for productivity'.

The PM spoke about the February 2019 when the floods hit north western Queensland and what started as a joyous celebration within 48 hours turned into a catastrophe.

He said his visits to the region at the time were a 'hard sight'.

"The losses being grieved were not so much the financial but the labour of love over a generation that the inland sea was washing away," he said.

"What was amazing was the hope in hearts. Those on stations looked at the next generation working on the property and said they will see to the future of this place.

"This isn't just a business. This is a way of life and one we can not allow to ever leave our country.

"What beef is now celebrating is more than its commercial success. It's a celebration of a way of life.

"To see people smiling abut the successes of today and about where they know this industry will go in the years ahead touches the heart of anyone, certainly a prime minister."