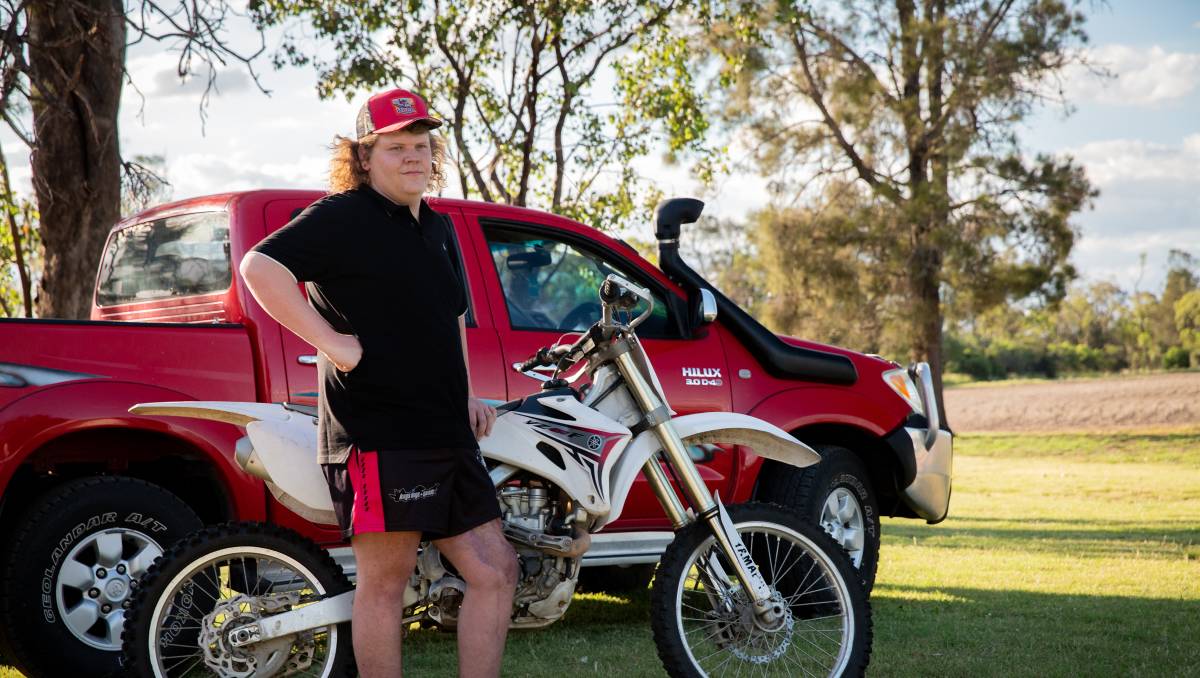 Jason Daniels was severely injured in 2017 after the grain auger he was moving struck an overhead power line.

The story of a young farm worker from Dalby severely injured in an electrical accident has been made into a safety film to educate others.

The story of a young farm worker from Dalby severely injured in an electrical accident has been made into a safety film to educate others.

Jason Daniels was just 17 when the grain auger he was moving struck an overhead powerline, with the resulting electrical shock causing severe burns.

Mr Daniels, now 20, was placed in an induced coma for two weeks, had nine operations and was in hospital for two months.

He faced a lengthy road to recovery, including skin grafts, lots of physiotherapy and learning to walk again.

Mr Daniels said he remembers carting grain to the silo on the morning of October 27, 2017, as workers prepared for a road train that was coming to load.

"We started moving the auger and I turned around to the boss and said 'we're getting too close to the overhead power line, I think we should lower it' and he goes,' no, we don't have time' and kept going," he said.

"That's when we collided with the overhead power line."

He was airlifted from Tara to the Royal Brisbane Hospital and after two weeks in intensive care was transferred to the burns unit.

Now he's telling his story in a bid to make farm workers take a second to think about safety, especially when it comes to electricity.

"I want to warn others about the risks of working near overhead powerlines and get young workers to speak up if they believe the work they are doing is unsafe," he said.

"Trust me, a serious workplace injury like mine has a major impact on you, your family, and your mates."

Mr Daniels' mother, Di Daniels said the first thing she remembered seeing once she arrived at the hospital was his blackened feet.

"I've seen a few burns on his shoulder and on his stomach and the smell is the biggest thing," he said.

"That took me ages to get over.

"They ended up putting him in an induced coma. The doctor showed me more photos because I didn't realise how bad he was burnt on the back, that's when reality really sunk in."

Ms Daniels said the family just wanted to help others to avoid going through what they experienced after the accident.

"It could have all been avoided is the hardest thing," she said.

The safety film is part of a suite that WorkSafe Queensland produces to change attitudes towards working safely. 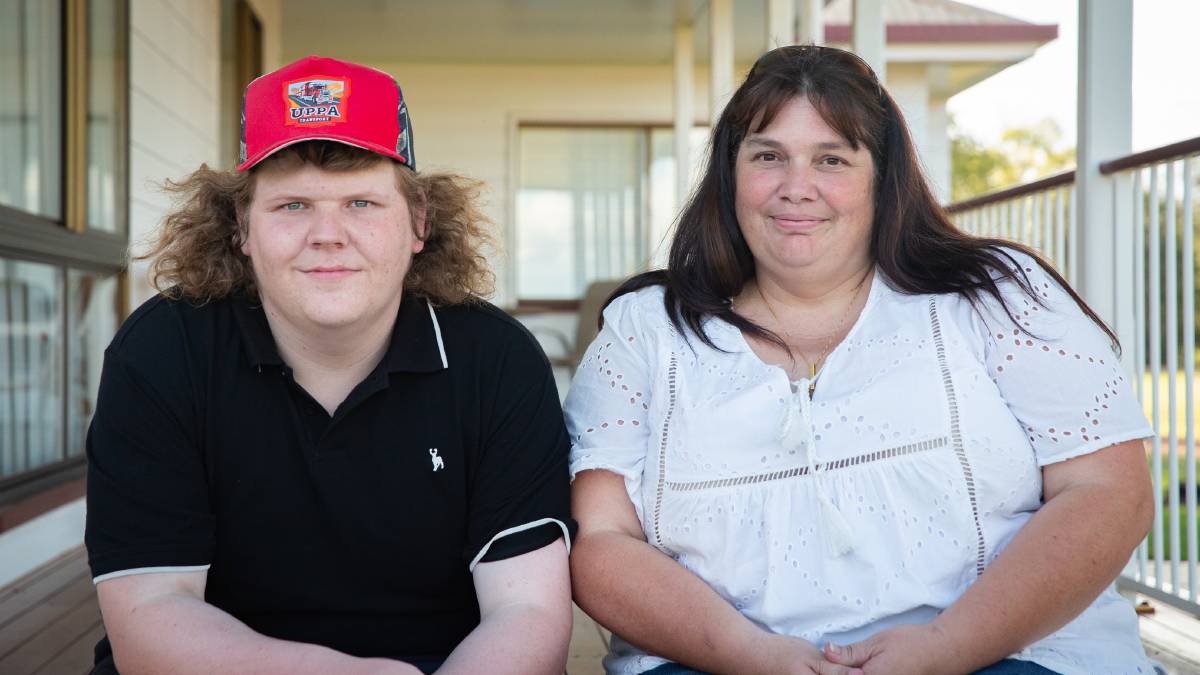 Jason and Di Daniels are sharing the story of Jason's electrical shock.

The films are shown on worksites at pre-shift "toolbox talks" and in safety meetings.

"Contact with overhead powerlines is one of the most persistent and problematic electrical safety risks in Queensland," Ms Grace said.

"Despite his youth, Jason raised his safety concerns about the auger and the powerline but was told there was no time to lower it.

"Being ignored almost cost him his life."

"Many tasks on farm are often high pressure and time critical, which makes safety and clear communication even more important," Mr Stinson said.

"It's vital the benefits of agriculture's flexible lifestyle and the seemingly casual nature of rural life don't result in a relaxed approach to safety, especially electrical safety."

"It's important producers take the time to identify potential risks on farm, power lines near sheds and silos, for example, and communicate these clearly to all staff, no matter how long they have worked with you."