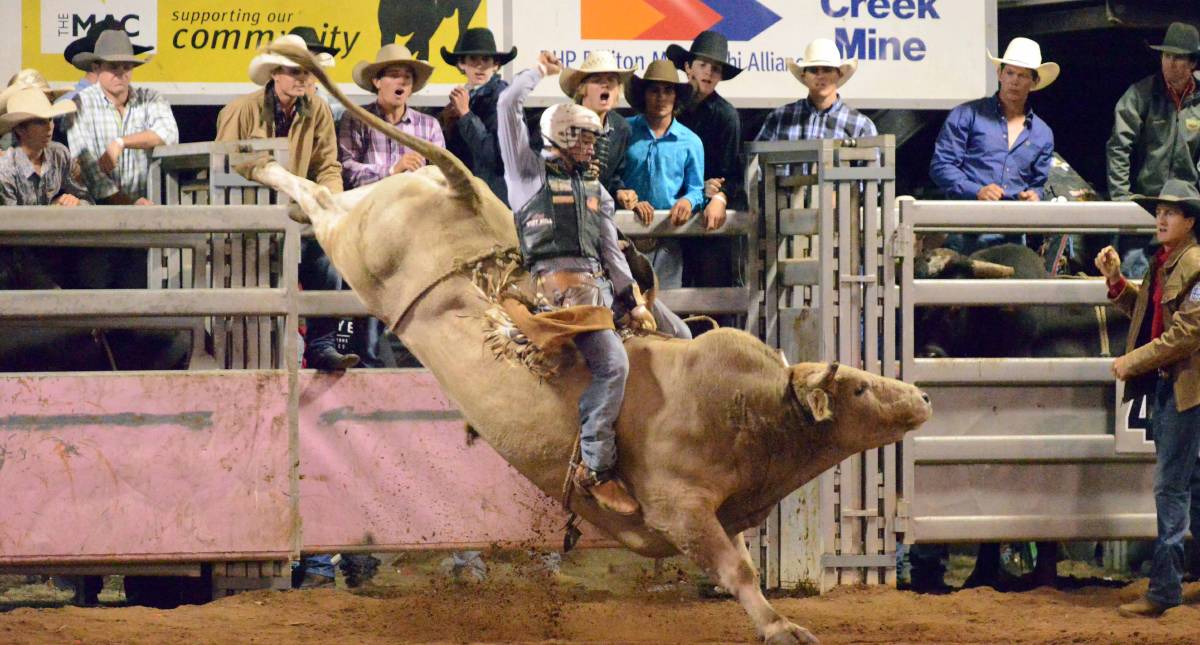 Lawson Nobbs will be the form cowboy for the bull ride at Biloela. Picture - Kenyon Sports Photography

Lawson Nobbs will be the form cowboy for the bull ride at Biloela.

LAWSON Nobbs will be the form cowboy going into the bull ride at the Callide Valley Show Rodeo at Biloela on May 15.

At Easter, Nobbs was second in the Xtreme Bulls Rodeo at Roma on Good Friday and won the bull ride at the Roma Rodeo on the Sunday.

The Bauhinia Downs cowboy is on top of the pro tour standings in the Australian Professional Rodeo Association for the first time in his career. 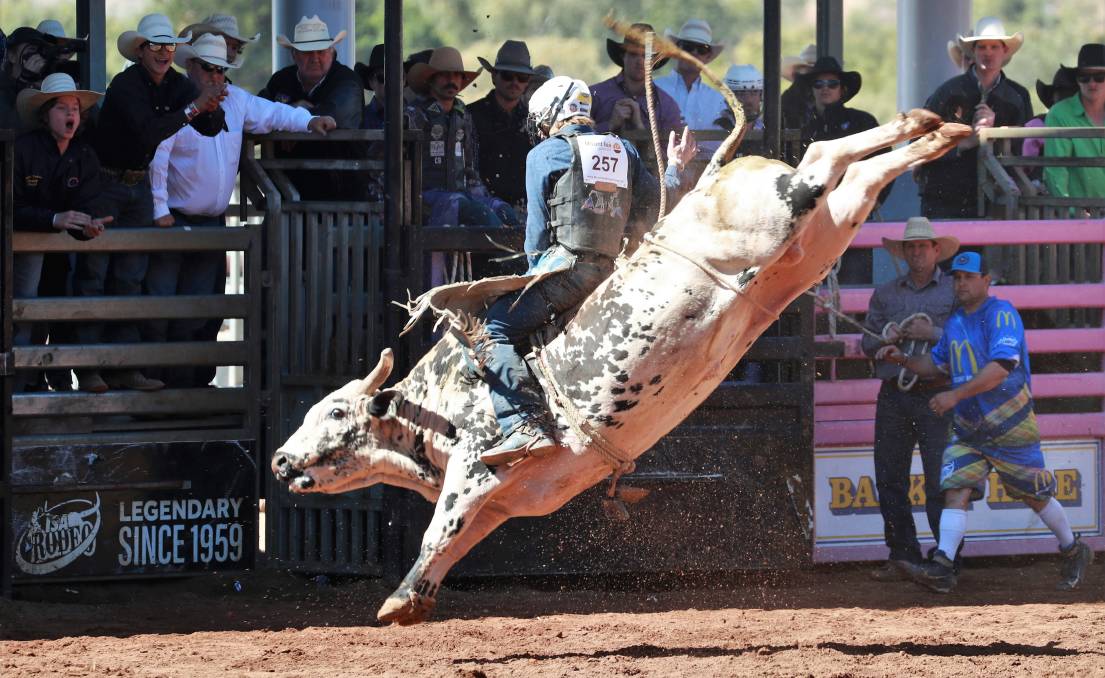 He started riding poddy calves after they were branded before getting a taste of poddy and steer riding at rodeos at the Great Western Hotel in Rockhampton.

Brian Duggan, from Gracemere, has coached Nobbs down the years and often gives him a few pointers at rodeos.

Nobbs plans to contest more APRA rodeos this year in quest of a spot in the National Finals Rodeo at Warwick in late October.

"I will definitely be at Cloncurry and Mt Isa in August," he said.

While some bull riders watch each bull in action to help if they draw the bull in future, Nobbs prefers to draw a bull he hasn't seen before.

"You can plan too much if you know the bull. Some bulls will usually buck the same way while others will change what they do each time in the arena," Nobbs said.

While he played a little rugby league and rugby union at Rockhampton Grammar School, rodeo has always been the main sport for Nobbs.

For the past three years, he has competed in both Australia and North America but has no plans to ride overseas immediately borders are open again after COVID-19. 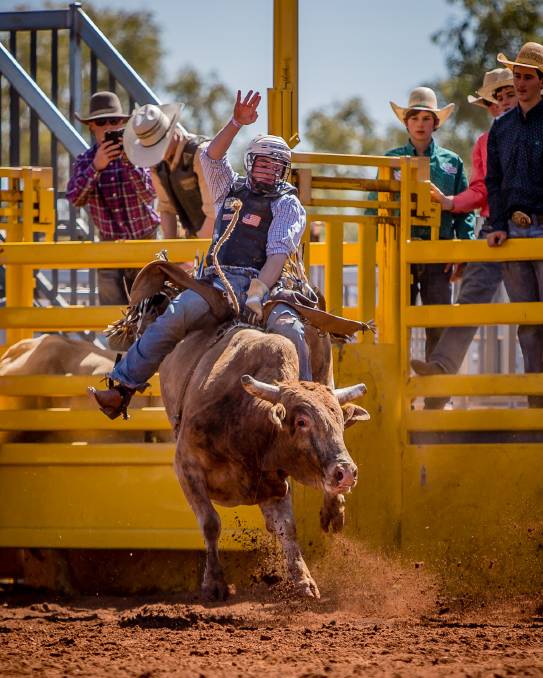 Nobbs puts a lot of his fitness down to contract work as a musterer and fencer.

Nobbs weighs 68 to 69 kilograms and puts a lot of his fitness down to contract work.

"I get plenty of physical activity working as a contract musterer and fencer," he said.

He is the first member of his family to compete in rodeo; his father Roger played cricket and rugby league.

Nobbs will compete at Biloela on May 15 and then at Nebo on May 22.

He will definitely compete on the Northern Run which starts at Taroom on July 15 and finishes with an elite rodeo at Townsville on August 20-21.

His favourite rodeos are Mt Isa and Nebo.

While Mt Isa attracts the most nominations at an APRA Rodeo each year, he has a soft spot for the Nebo Rodeo.

"They have good bulls at Nebo and a big crowd. There is always a lot of atmosphere at the rodeo," he said.

He is yet to win money at Mt Isa in open events but was in the top three at one Mt Isa Rodeo in the novice bull ride and has won the novice at Cloncurry.

DINGO rider Bailey Woodard won the pro tour title last year in the APRA but has been working long hours to save some money this year and will compete at his first 2021 rodeo at Biloela on May 15.

"I want to save enough money so if I want to travel to America to compete, I will have the money to go," he said.

He is a contract musterer and fencer and gets plenty of work in Central Queensland. 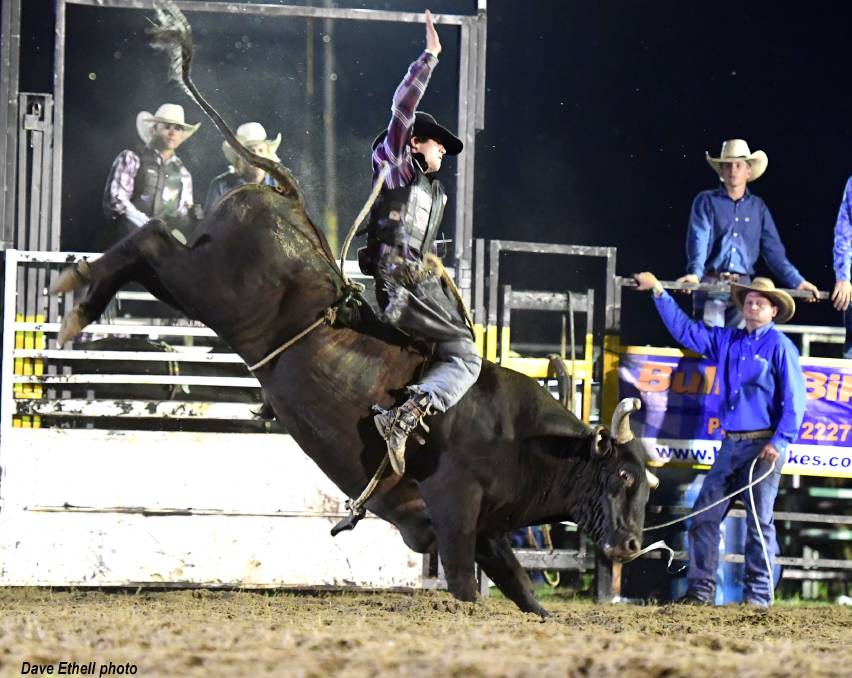 Bailey Woodard will compete at his first 2021 rodeo at Biloela on May 15.

Woodard rides a lot of young horses for mustering and believes each time he is on a horse helps his balance and co-ordination for when he jumps on the back of a bucking bull.

Last year, his best win was at Alexandra in Victoria where he scored 87 to win on the Garry McPhee bull High Alert.

His father, Lawson Woodard, was a bull rider and his uncle, Jim Edwards, was a bronc rider so he has some family history in the sport.

"Dad has been there for me the whole time," he said.