DAY one of Beef Australia 2021 began in earnest at the Rockhampton Showgrounds' centre ring, with the junior paraders competition kicking off the beef industry event.

Three hundred and thirty two school students and emerging industry leaders from across Queensland and New South Wales participated in this year's competition. Beef Australia has long been an opportunity of a lifetime for young competitors to incorporate skills and lessons learnt in the classroom, back into the show ring.

To get a berth into the champions final, Delaforce and his 13-month-old Simmental bull earlier won the 18 and over paraders competition. CHAMPION PARADER: John Delaforce had only two days of experience with his 13-month-old Simmental bull, which in the end proved a successful bond for the champion duo.

Mr Delaforce has been working in the Northern Territory and only had two days of prior practice with his Simmental bull to build a relationship with the animal.

"I'm pretty happy with this result and I want to thank my fellow competitors who've done such a great job and the people at Beef Australia for putting on a great competition," he said.

"I only jumped straight in with with this Simmental bull two days prior to Beef and he did such a great job for me in the ring."

Gaining an opportunity to compete in the champion round were first place division winners Tyler Hyden (12yrs and under), Lila Burton (13 and 14yrs), Mac Koch (15yrs), and Hayden Hanson (16 and 17ys). 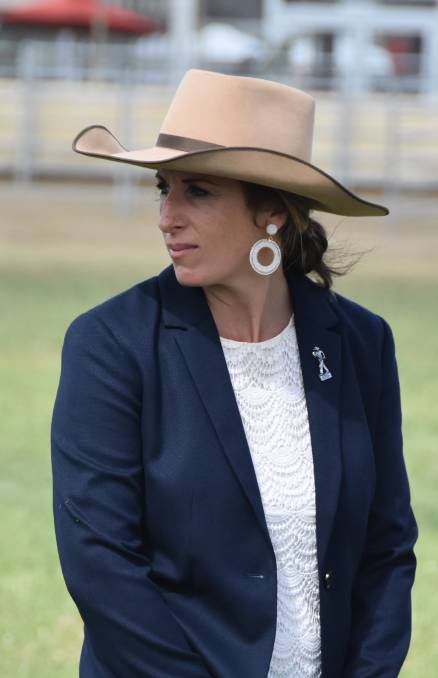 Ms Groner congratulated the division first winners for making it to the final round, but it was Mr Delaforce who stood out to her as the champion parader.

"The young man that came out of the senior division, he's a very fluid and balanced parader," she said.

"He seemed to glide along with his animal and made sure he always kept his eyes on me and when I've had a look over at him, his bull was extremely balanced in terms of how that animal was set up."

A notable highlight from the paraders competition was from 15 years' division over-judge Marty Rowlands, who emphasized the importance of safety in the show ring.

Mr Rowlands called on paraders to ensure their halters' were properly secured and that the bolt snap is facing outwards and away from their animal.

"It would only take the animal to rub against it for them to break free, endangering the safety of everyone inside of the show ring," he said.