Despite differing from experienced over judge Cherie Gooding's assessment, the team's strong communication skills won them the award. 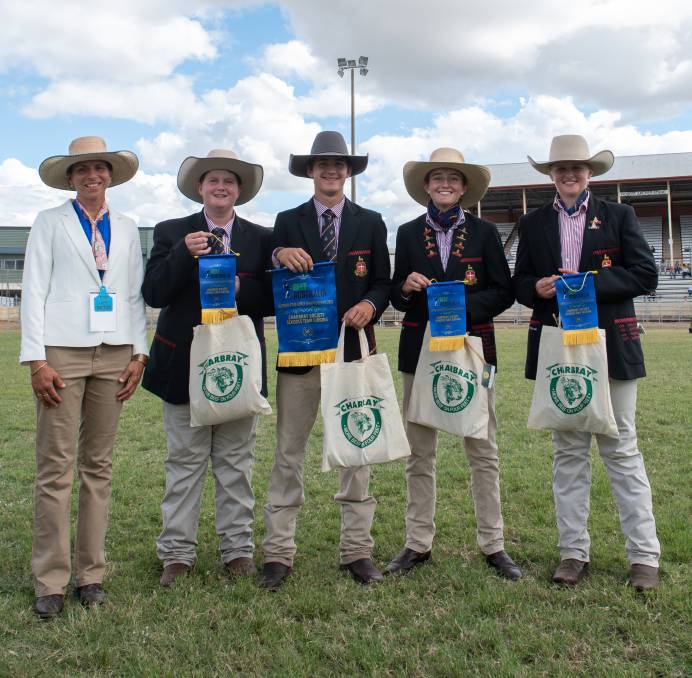 A team from Rockhampton Grammar School has reclaimed the banner, clearing a strong line-up of 38 competitors in the Charbray Society School's Team Judging Competition at Beef 2021.

Despite differing from experienced over judge Cherie Gooding's assessment, the team's strong communication skills, ability to translate observation and attention to detail placed them on top of the podium.

"The team's justification on where they placed cattle, coupled with their strong speaking ability got them over the line," she said.

"Even though one of their heifers were not place correctly, the team were able to get enough points because of their speaking ability, justification, accuracy and observation.

"You don't always have to get the exact same results but as long as you can justify why you have put that animal in that position and what attributes it is that you were looking for. That is the key to judging."

In second place, just one point behind the winning team, was Moura State High, who scored 187 points.

Third place went to The Cathedral College Green on 186 points and fourth place was Monto State High Blue on 184 points.

Charbray Society of Australia president Matt Welsh presented the winners with their banners, and he said it was amazing to see such support from schools across the state.

"We have competitors from as far south as Caboolture and it is great to see how keen young people are to get involved in the industry," he said.

"The Charbray Society are so proud to see all the young competitors speak with such confidence and ability when judging these cattle."

The society has been hosting the competition since Beef's inception in 1988 and Mr Welsh said they were incredibly proud to host in the prestigious junior event.

"It's great to see so many young faces involved today, I know they will all one day be the faces of our industry," he said.