The Emerald Rams kept the Capella Cattledogs scoreless on Saturday. 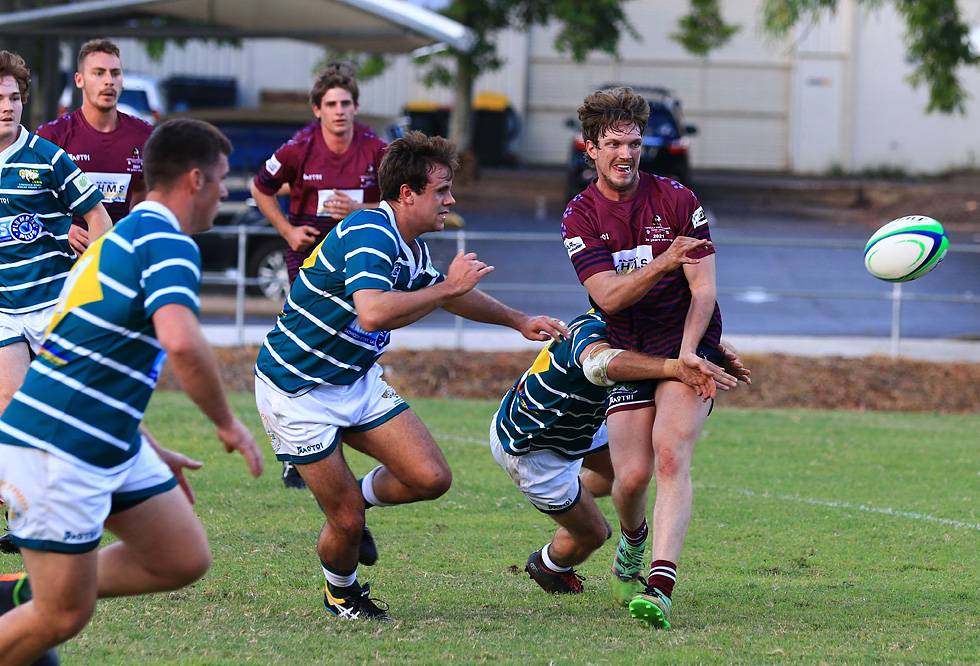 An enthusiastic crowd was on hand to support both teams.

The match started evenly with Capella given ample opportunities. They pressured the Rams' line for about 15 minutes but were unable to convert the effort to points.

Capella's scrum was in trouble early and once Emerald scored in the first half Capella was never really in the game. Emerald went on to win 47 - 0.

Emerald's defense was a highlight and they managed to keep the scoreboard to zero for Capella.

Late in the game, Capella bombed a length-of-the-field try that had the crowd on its feet cheering, only to drop the last pass with an open try line.

It was an entertaining game and if Capella had scored the first try, the eventual score line might have been closer.