It certainly was a day for the Price family's Moongool bloodlines in the Beef 2021 Charolais ring when their stylish cow Moongool Radical 26 was sashed senior and later grand champion female.

Exhibited with a stylish bull calf at foot, Moongool Radical 26 is by the imported sire Flabas from a Moongool female family.

She was earlier reserve junior champion female at the 2019 Ekka, and caught judge Reade Radel and associate Justin Rhode's attention saying they thought 'she was a cracking female'.

Quantum, who was on his first showing is by Moongool Lunar, was bought by the Whitechurch family at the 2017 Moongool bull sale for $83,000, which is still the Australian breed record top price at auction.

Quantum was impressive at 1050 kilograms, scans of 15 at the P8 site and 9 at the rib and an eye muscle area of 145 sq centimetres.

Mr Radel said Quantum was a clear winner with his strength and performance and was hard to go past him.

Overall Mr Radel praised all exhibitors for the quality showing and said the Charolais breeders were leading the way with breeding polled genetics. 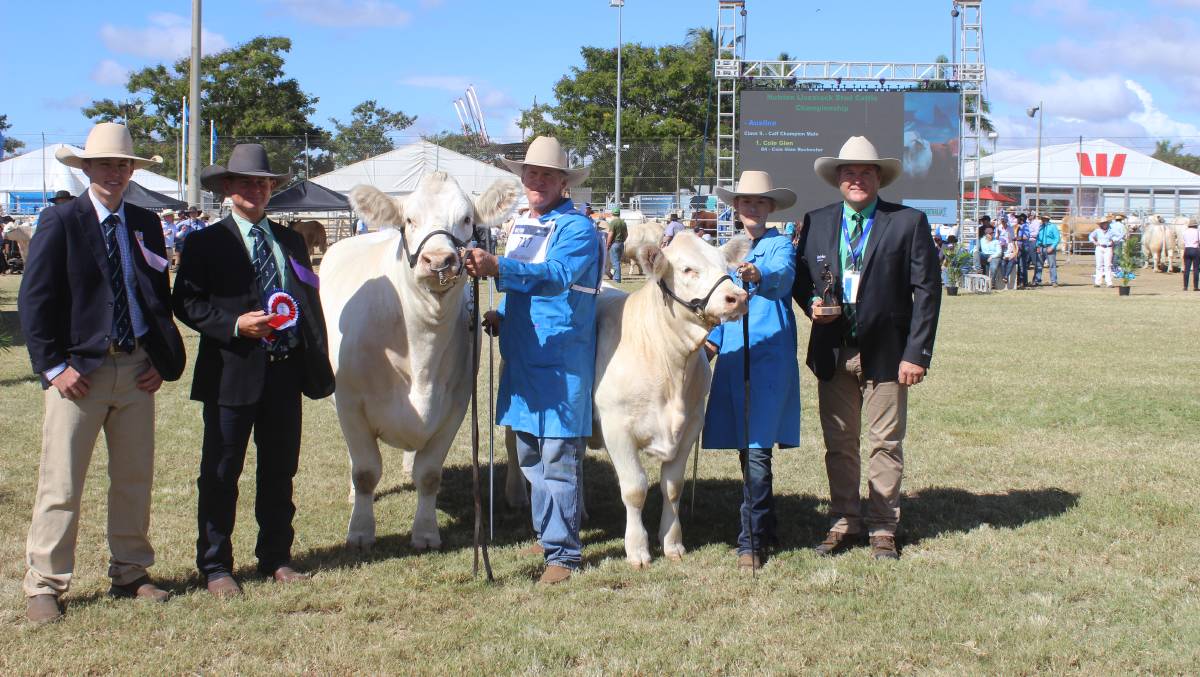