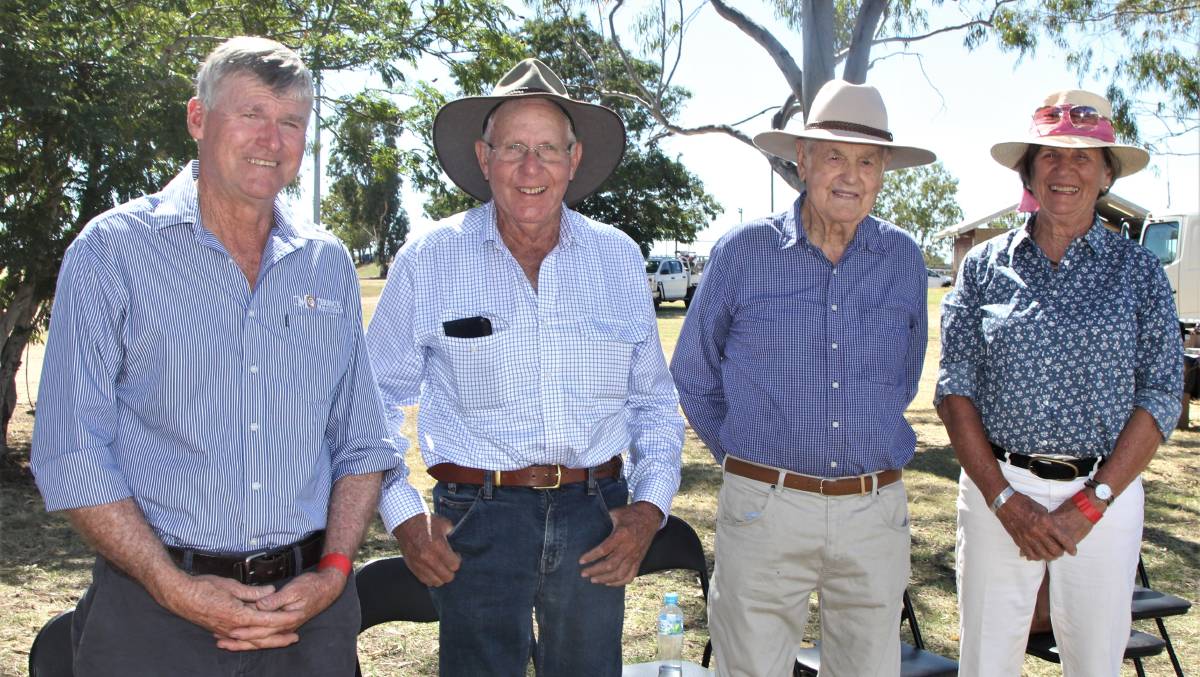 The man whose passion for the wool industry in Blackall helped build a stud sheep showing complex that is still the envy of other show societies received life membership to the Barcoo Pastoral Society today.

The man whose passion for the wool industry in Blackall helped build a stud sheep showing complex that is still the envy of other show societies received life membership to the Barcoo Pastoral Society today.

The honour for Peter Harvey was announced at the annual show at the Blackall Showgrounds on Saturday afternoon.

Mr Harvey, 91, was on hand for the announcement, just as he was for the 32 years he worked at Terrick Terrick Merino Stud for Australian Estates.

He said that from the time he arrived there on January 6, 1949, he didn't miss a Blackall Show.

"I got into the stud shed pretty early - Ken Riley was in charge of the sheep - and we went to a few shows," he said.

"I got involved in making a hell of a lot of panels for the new stud sheep showing area when the showgrounds moved to where it is now.

"My wife Ruth and I spent some of the best years of our lives at Blackall." Peter Harvey continues to have a strong interest in the Merino industry, checking out the grand champion pen of flock ewes, from Oma at Isisford, at the Blackall Show.

He had grown up at Coolamon south of Morven and first heard about Terrick Stud when the overseer his mother employed arrived from there, complete with a brochure outlining Australian Estates' Merino studs at Terrick, Oolambeyan at Carrathool, NSW and Raby at Warren, NSW.

Barcoo Pastoral Society president Hugh Macdonald said Mr Harvey's dedication had been a valuable contribution to the stud and flock sheep areas of the new showgrounds, and recognition of that was long overdue.

"I was very happy to be able to make the presentation today," he said.

Judge Peter Clark of Leander at Longreach, who jackarooed under Mr Harvey at Terrick, said as well as having very good wool, the size of the ewes on show was astounding.

The commercial cattle section was also well supported with 27 pens from the Blackall and Tambo regions, in the commercial heifer, bull, and cow and calf sections.