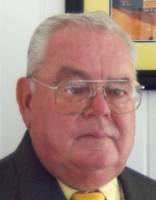 Tributes are flowing following the news that livestock transport Hall of Fame inductee Col Porter died on April 16 and his funeral was held in Kingaroy on April 28.

Among those expressing their condolences include the executive and delegates of the Livestock and Rural Transporters Association of Queensland who have extended their sincere condolences to the family and friends of Col Porter.

Executive director of livestock for Teys Australia, Geoff Teys, said the passing of Mr Porter is a huge loss to the livestock transport industry, his family and many friends.

"He certainly was a pioneering innovator within the livestock industry, Mr Teys said.

Mr Porter was a founding member of the LTAQ, present at the inaugural meeting of the Association in Roma in 1981.

In 2011, as recognition of a lifetime of valuable contributions to our industry, Col and his wife Marie were awarded Life Memberships of the LTAQ.

Mr Porter's first step towards the trucking industry was in the early 1960s when he became a part-time driver for a livestock carrier. In February 1969, hel purchased his first truck which was a 1968 4-ton cab-over Bedford body truck with a stock crate.

This truck was purchased to operate a fuel agency and also to transport farm produce and livestock. It was on this truck that Col built his first stock crate. This was the beginning of Porters Transport and a long association with livestock transport for Mr Porter and his wife Marie. 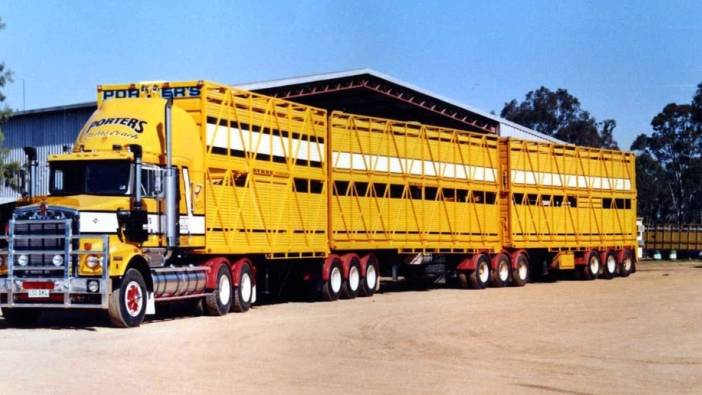 In the early 1970s he began to expand business by making several acquisitions of the livestock carriers wanting to exit the industry. Again in the late 1980s, early 1990s, Mr Porter expanded the business further.

At the completion of his expansions his fleet increased from one truck to: 33 prime-movers, 90 trailers, 20 dollies, single, double and B-double stock crates and type one and two road trains. Kingaroy became head office, depot and base with other centres being set up at Gracemere, Injune, Roma, Monto and Mundubbera.

In May 1990, Mr Porter was the first person in Queensland (and the second person nationally) to introduce B-doubles with stock crates. With this introduction he called his B-double "cattle coaches" and with the B-double trailer on air suspension.

Mr Porter is also remembered as an "old school" operator, a larger than life character and a dedicated family man.

He sold his livestock transport business to Martins Stock Haulage in 2006.

Mr Porter's funeral was held at Virgo's Chapel Kingaroy at 11 am on Wednesday 28th April.

He is survived by his wife Marie and was father and father-in-law of Leanne, Karen, Michael and Susan. Grandfather of Travis (TJ), Tia, Nicholas, Alicia and Jayden.