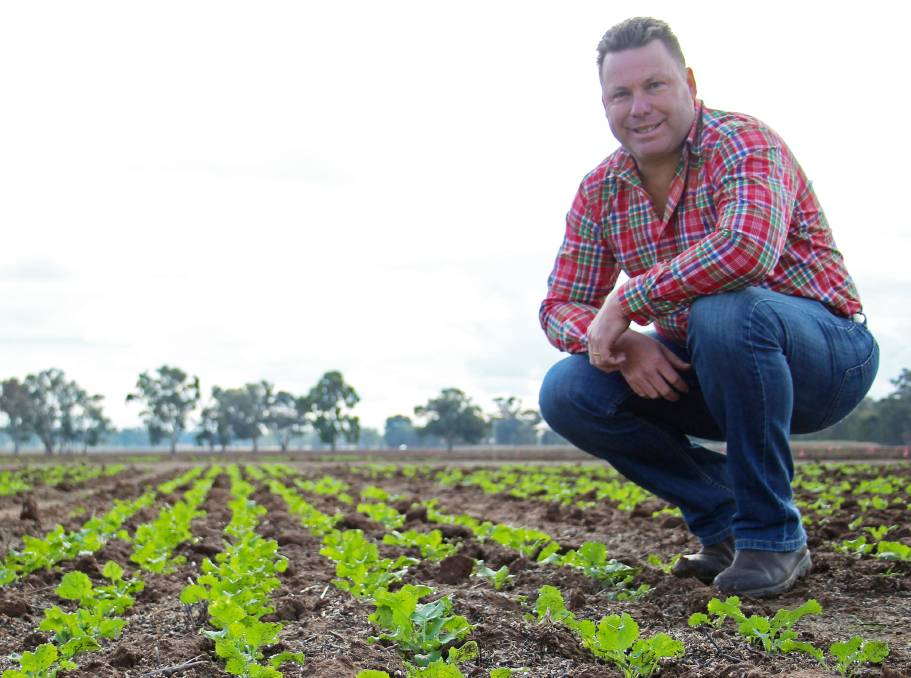 OFF THE HOOK: Advanta Seeds national canola technical manager Justin Kudnig says his company has been inundated with calls with farmers after canola seed.

Seed companies are reporting strong demand for canola seed in light of the current high prices on offer for the oilseed.

Leading seed companies are reporting a strong run on canola seed as farmers look to increase plantings of the oilseed where possible to take advantage of the high prices currently on offer.

RELATED: Need for seed no concern

"We've got a little bit left of the older triazine tolerant (TT) hybrids but that is about it, sales have been very strong," Mr Kudnig said.

"There has been solid demand for seed in NSW for a long while with seasonal conditions looking favourable and the rain further cemented intentions to plant canola in WA as well," he said.

"We'd estimate WA will be up 10-15 per cent at least on last year in terms of hectares planted."

"Sales have been very strong, we've still got a little bit of some lines left but there has been a lot of interest," Mr Suverijn said.

He said he expected the nation, not just WA, could plant 10-15pc more canola this year, with a surge in inquiry in the past fortnight.

"It has been really busy over the past couple of weeks with a few people making last minute decisions to put in a little more," he said.

"The moisture profile in a lot of WA after summer rain in February then the moisture associated with the cyclone has really got confidence up, farmers are happy to do a few forward contracts to lock in a bit of production at the current exceptional prices.

"Together with NSW, where people have had last year's improved season under their belt and are now looking at options other than cereals which is expected to boost canola plantings, the industry is extremely buoyant."

"The research has been out there for a while showing that hybrids outperform OPs but the pattern is becoming clearer in terms of sales."

However, he said there were limits in terms of how much seed could be produced, which could cap the potential increase in canola hectares.

"There is only so much seed available and that may cap plantings but certainly people are looking at canola where they can."

In NSW he said a lot of canola had already been planted.

"There is a lot of winter canola going in, not only in high rainfall zones like the south-west slopes in NSW or Victoria's Western District, but right up the Newell Highway.

"Farmers there love the flexibility, if the year is looking good they'll take it to seed, if it doesn't get cold enough and there is not the vernalisation the crop requires they will just continue to use it for grazing."

The story Canola seed flies out the door first appeared on Farm Online.