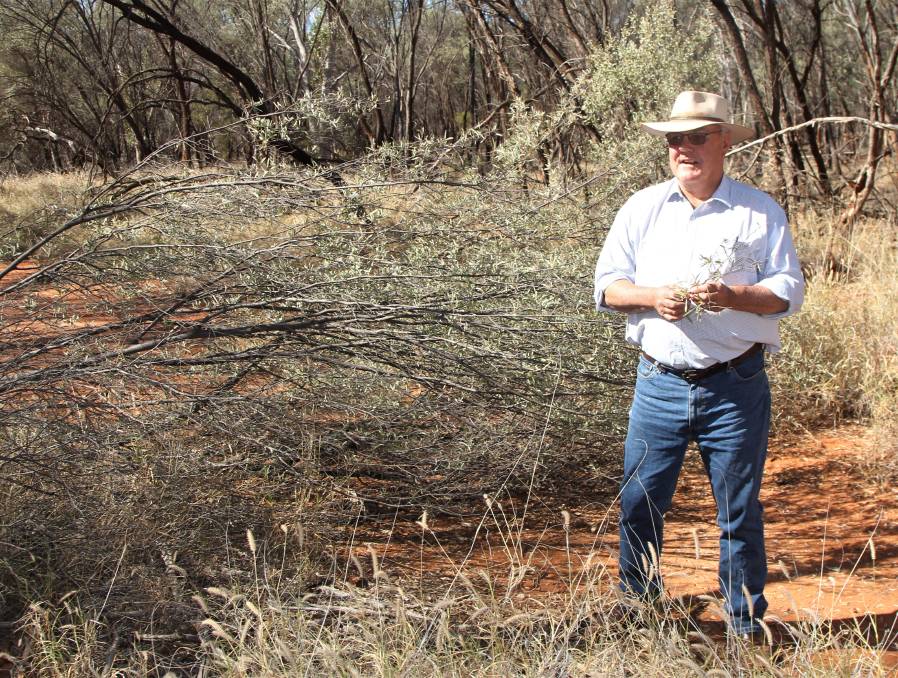 Lindsay Godfrey, Tinnenburra, Cunnamulla, has been part of a carbon farming initiative since 2005 and said it helped them through some tough times.

Cunnamulla grazier Lindsay Godfrey is concerned that too much blame for regional economic woes is being laid at the feet of carbon farming initiatives, rather than on long-term drought.

Cunnamulla grazier Lindsay Godfrey is concerned that too much blame for regional economic woes is being laid at the feet of carbon farming initiatives, rather than on long-term drought.

Mr Godfrey and his wife Carol are beneficiaries of a carbon reduction scheme on one of their blocks of land in the district and he said it had brought money in for them during drought periods when nothing else was.

"It's given us a more stable income," he said.

He acknowledged that big operations maximising carbon credits did have a "debilitating effect on communities", but said it could all be accommodated in the audit process.

"With a stroke of the pen, Minister Taylor could feature animal and fire management plans, push them into cluster fencing and so on," he said.

As the previous mayor of the Paroo Shire, Mr Godfrey said he would have spoken to at least three Prime Ministers to get rules like this in place.

Federal Energy Minister Angus Taylor didn't respond to questions about his ability to do this.

Queensland state laws place a responsibility on landowners and managers to take all reasonable and practical steps to minimise the risks associated with the crop pests, livestock diseases, invasive animals and weeds.

Mr Godfrey said he was disappointed that he hadn't responded.

"You could put in a couple of clauses around the independent audit in to the contract, around managing pests - it's very unlikely that big carbon projects would sue governments over that," he said.

As far as expecting local governments to police biosecurity matters and undertake controls on properties, he said it was unrealistic.

"We've been down that track, they can't mandate these things," he said. "And passing the ball to state government, they won't act."

"The schemes haven't impacted rates, they're still paying them," he said.

As far as he was concerned, the Paroo shire had been losing population before carbon farming became popular in the shire.

"For people to claim that their communities are suffering because of carbon schemes, they have to prove market failure for governments to intervene," he said.

The most recent reviews of the Emissions Reduction Fund were the King Review in 2020, and the Climate Change Authority, also in 2020.

In the King Review, led by Grant King, an expert panel made 26 detailed and technical recommendations on how to unlock low cost abatement opportunities across the economy.

The federal government agreed or agreed in principle to with 21 of those and noted five.

One that it agreed to was to introduce a formal 'duty of utmost good faith' on participants in the ERF, which would lessen the need for proscriptive project eligibility rules and foster a collective responsibility for the scheme.

The duty would require ERF participants to act in the utmost good faith in their engagements with the scheme, including in relation to implementing projects, judging whether projects are additional, and measurement, reporting and verification.

The report said that to have its desired effect, the overarching duty would need to be coupled with administrative mechanisms to reinforce the importance of ethical behaviour.

"These could include requirements for project proponents to pledge to act in good faith and to describe how they have complied with the duty in offsets reports," it said.