South west Queensland councils impacted by the federal government's Emissions Reduction Fund are working towards implementing a socio-economic study, in order to properly gauge the impact of the scheme on their communities. 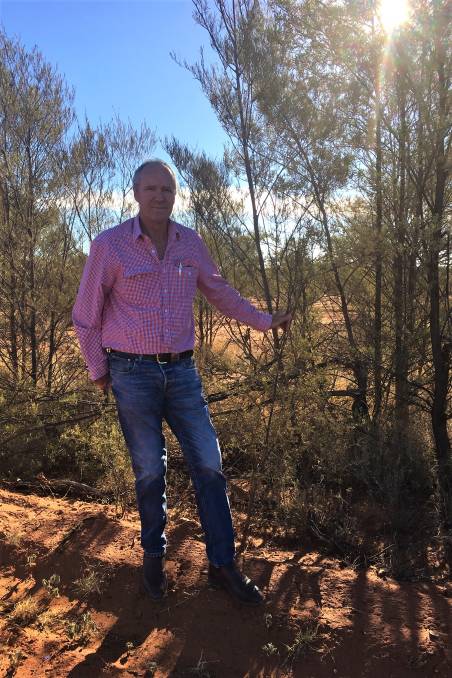 Quilpie Shire Mayor Stuart Mackenzie wants to see a cap placed on how much of a property can be locked up for carbon farming.

South west Queensland councils impacted by the federal government's Emissions Reduction Fund are working towards implementing a socio-economic study, in order to properly gauge the impact of the scheme on their communities.

Quilpie Shire Mayor Stuart Mackenzie said it would be done through the South West Region of Councils and they had been told funding could be available through the federal energy department.

While the number of new carbon farming project registrations in the Balonne, Bulloo, Maranoa, Murweh, Paroo and Quilpie shires has fallen from 54 in 2015 to four in 2020, the councils say the whole adds up to a considerable amount.

"We need to get real figures on what these programs are doing - it's one thing to bring programs in, but you can't assume it's all wonderful," Cr Mackenzie said.

Fellow mayor, Paroo's Suzette Beresford said she fully understood the need to reduce carbon emissions and was all for schemes but they seemed to have centred on their region.

"My main focus is the impact on our shire," she said.

"Where resident graziers are just putting part of their property to carbon, it's not having an effect - money is still flowing through to businesses.

"But an influx of outside investors buying up country and locking it up means there's no fire prevention, no neighbours for people, and the spend in local businesses is suffering.

"It's not just rural supplies - there's no spending on food and clothes, a lack of population for schools."

Cr Beresford said the problem was that "the horse had bolted", and it was now up to the federal government to police contracts better and review future contracts.

"These contracts are for 25 or 100 years, that the land is locked up for - we've got concerns for the long-term impact on our shires, which the government's got to look at," she said.

Cr Mackenzie said a cap of a maximum of 30 per cent of any one property given over to carbon abatement schemes had been mooted as a solution.

With the assistance of Maranoa MP David Littleproud, Crs Beresford, Mackenzie and Murweh Mayor Shaun 'Zoro' Radnedge have put their concerns forward in a teleconference with Energy Minister Angus Taylor.

While a spokesperson for Mr Taylor said only that the department was "in active discussion with councils to find a path forward on this issue", Mr Littleproud said some common sense changes had been put forward.

"How much can be locked up on any one property is the heart and soul of this," he said. "We need to look at passive investors coming in and locking everything up, as a short-term solution."

In the long term, Mr Littleproud said his department's Carbon + Biodiversity Pilot would develop a market-based mechanism to reward landholders for increasing biodiversity, where those who undertake plantings for carbon would receive additional payments, and supplement farm income.

There have been suggestions that south west councils were considering differential rating for properties with carbon contracts but only Cr Radnedge said it was on the cards, as part of a complete restructure of Murweh's rating system.

"There's potential to add a category for carbon farms but it's in its infancy," he said. "Broadscale carbon farming, absentee landlords, definitely don't add to our communities."

Cr Mackenzie said properties with carbon credits were able to be identified, and a target of something like 100,000 CCUs could be chosen for differential rating.

"There are options to do things like that," he said, adding that a cap on how much land could be locked up was his preferred option.

Mr Littleproud said the shires had every right to introduce differential rating as they would be bearing the consequences of hosting carbon abatement programs.

"There's significant emergency services risks, and councils have to maintain roads to these properties," he said.

Concerns have been expressed by landholders near properties that have been closed down as functioning livestock operations, that they are not pulling their weight in pest and weed reduction programs.

Mr Littleproud said there was scope for councils to charge for pest and weed remediation work they undertook on properties.

"There is a capability for it to happen from a federal perspective," he said.

Cr Mackenzie said while they may not instigate differential rating, identifying properties in carbon abatement schemes could be useful for pest and weed control purposes.

On the topic of ensuring all landholders addressed their biosecurity responsiblities, he said it made sense that if people were running a grazing operation they would be interested in control, whereas it was probably not a top priority for those who had no stock on.