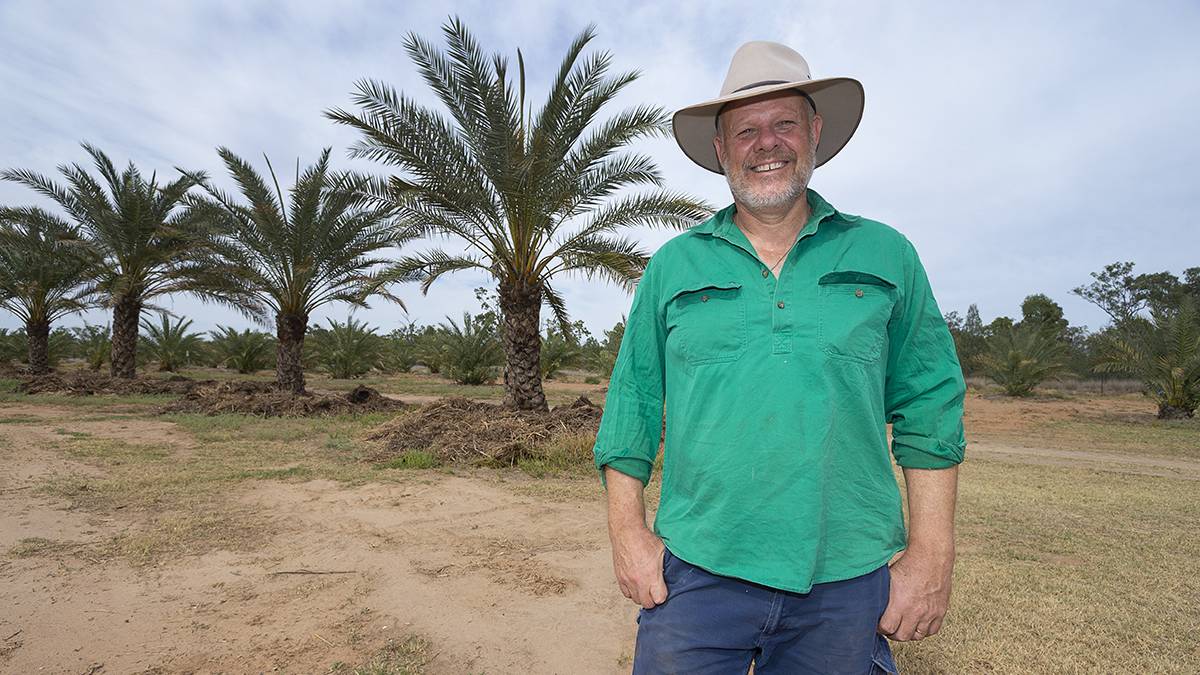 The Lutheran pastor behind Charleville's date farm has big plans for the next harvest.

Lutheran pastor Mark Hampel has swapped his vestments for work clothes, shifting to Charleville to make his dream of a commercial date crop a reality.

Pastor Hampel, who until recent weeks was based in Chinchilla, started his date plantation 3km south of Charleville back in 2014, planting 150 trees.

The farm has been cared for by managers since then but now, Pastor Hampel and his wife Veronica have made the move with the hopes of producing six tonnes of dates come harvest next February.

"I said to my father-in-law we'd shift out when we got a good harvest," he said.

"He said to me 'you won't get a good harvest until you shift out'."

That advice stuck with Pastor Hampel, who said the last few years had seen the trees starting to produce a small crop.

"I've moved out now to care for it more closely and I'm feeling positive about it.

"Without hard work you can't expect to get anywhere.

"We've had a few small crops but because I wasn't here, it hasn't grown as well as I would hope. There's a lot of things you need to do with date palms for them to be productive."

The 15 hectare farm is now home to about 300 date palms, with Pastor Hampel hoping to bring the number of trees up to 500 by Christmas.

While the plantation is predominantly made up of Barhee date palms, the Hampels are also growing some Medjool and Khadrawy dates.

Reclaimed wastewater from Charleville is being used to irrigate the trees.

Pastor Hampel said while he hopes to sell some dates locally, his main market is the Middle Eastern communities in Brisbane, Sydney and Melbourne.

"We were getting a good price last year with what we sold, about $19 a kilo," he said.

"I'd take them down to the people who sell them for me in Brisbane and there was such demand.

"Barhee dates are an Iraqi date and the Iraqi community say they are a taste of home for them."

A date tree takes about five to seven years to start to be productive and 10 to 12 years to reach maturity.

The move has also meant a new tourism offering for Charleville, with Pastor Hampel starting his date farm tours in April.

"The tourist information centre is happy to have another thing to offer visitors," he said.

"We will also be very busy through winter getting the trees ready for the start of the growing season. Now that we're here I think we've got a much better future ahead for the date farm."