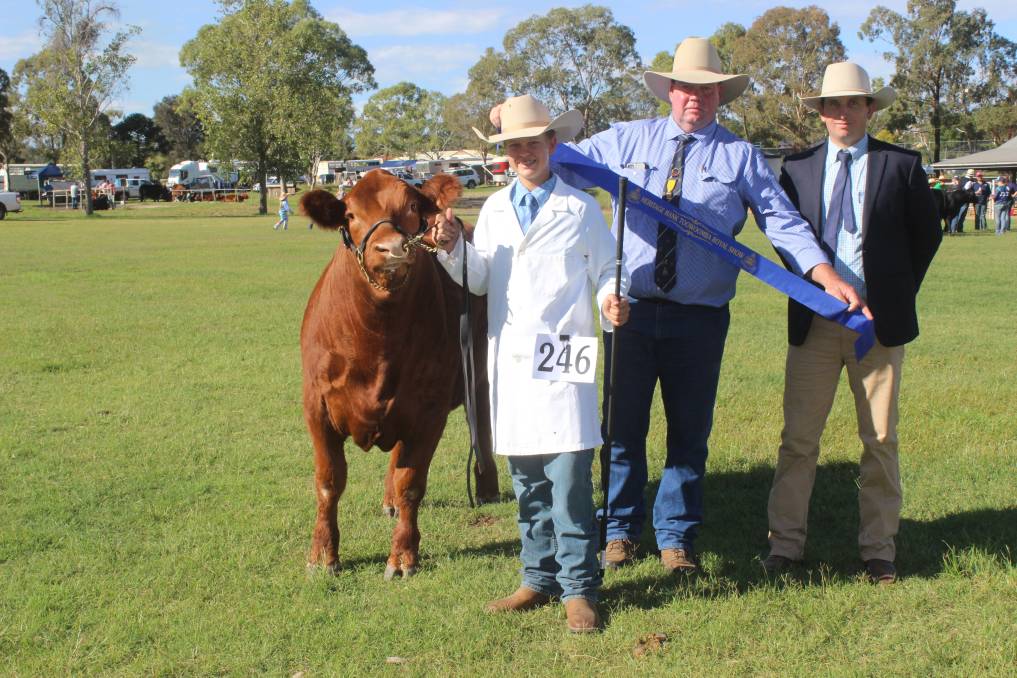 Sixteen-year-old Hayden Beattie took his emotional win in his stride as he claimed the 15 to 25 years junior paraders competition at the Toowoomba Royal Show on Friday.

In a strong class of 22 entries, judge Patrick O'Leary, Remolea Herefords, Clifton, praised all competitors on their cattle presentation skills describing it as a wonderful class to judge.

"You have all done an outstanding job and you did give me a headache while I was deciding on my place getters," Mr O'Leary said.

"This is a tough steer to lead and he kept him under control and he didn't take his eye off me," Mr O'Leary said

Hayden is a student at the Lowood State High School, and while he has only been competing in junior paraders for the past three years he has grown up around cattle.

He has gained plenty of experience helping his dad, Jason, who is JDH Cattle Fitting based at Lowood.

Hayden described his win as feeling "pretty good," as he did not expect to win.

He said his mum had helped him buy the steer from the Moreton Prime Cattle Classic last year.

Seasoned show parader at just seven years, Macie Iseppi, Thornton, near Laidley, was the winner in the Peewee section for the under eight-year-olds.

Darby Humphries of Welbatch Pastoral Co, Mummulgum, NSW, aged 13, and a student at Downlands College, Toowoomba, continued on his winning way claiming the under 15 section.

Mr O'Leary said overall the stud cattle showing industry was in good hands in the future with the parading skills shown in the competition.