The mid-strength beer is available in cans and on tap in pubs across Queensland.

A cattle designed to perform in tough conditions and against the odds, so it probably comes as no surprise that they're launching a beer in Australia's most competitive beer industry.

Queenslander's love a challenge, and Droughtmaster cattle could not better exemplify that.

A cattle designed to perform in tough conditions and against the odds, so it probably comes as no surprise that they're launching a beer in Australia's most competitive beer market.

Teaming up with Queensland's own Newstead Brewing Co, the Droughtie went down a treat at its Brisbane launch on Monday. 12.

The new beer, made in a partnership by Queensland company Newstead Brewing and non-for-profit group Droughtmaster Australia, directly supports cattle farmers in the Droughtmaster Society and was borne out of aligned beliefs and a moment of serendipity. After a short-lived deal with multinational brewing giant Asahi, Droughtmaster's original beer - Droughtmaster Lager - was pulled out of production when the company merged with CUB in November last year.

Droughtmaster Australia CEO Simon Gleeson then sent out an email telling members that the beer was ending, that's when owner of Newstead Brewing Co, Peter Howes and business partner John McKeon contacted Mr Gleeson revealing that they had been Droughtmaster members for twenty years and were interested in launching a beer with the association. 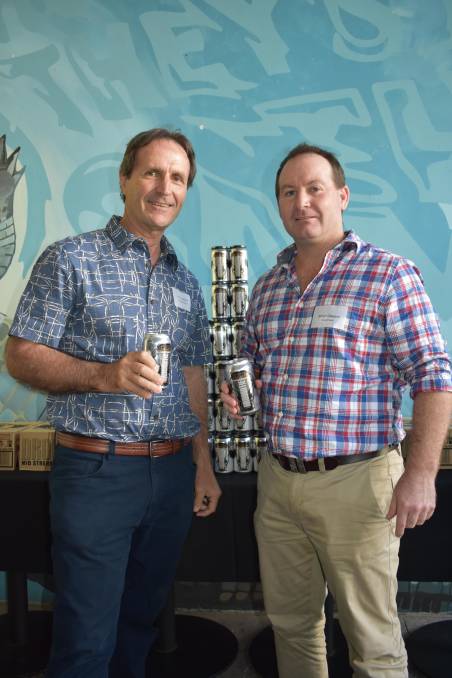 "The thing I hate most about life is reading emails, but I just happened to see that Droughtmaster was ending it's partnership," Mr McKeon said.

"And it just seemed like natural connection to make, we all want to see Queensland businesses work together and there was already a genuine relationship between Newstead and Droughtmaster."

Three months later, the mid-strength lager is up against Australia's toughest beer market, with more than two thirds of the countries beer advertised as mid-strength.

Droughtie is positioning itself in the premium end of the mid-strength market, Newstead Brewing Co sales director Brad Howatson said they're planning on selling one million litres of beer by the second year of production.

"It's our goal to sell one million litres by two years, and if we do that we will generate close to $100,000 back to the Droughtmaster Society," he said.

The beer is made from local ingredients with no additives or preservatives at Newstead's Milton Brewery. Mr Howatson said making a "genuine" product was part of the inspiration to work with Droughtmaster.

"We're making a real product, that is 100 per cent natural, we have a genuine relationship with droughtmaster," he said.

"There's a lot of similarities between cattle and beer. Droughtmaster cattle aims to be a premium quality cut of beef in harsh conditions, beer is very similar."

Mr Howatson said that working the beer aims to meet a hole in the market left by multinationals who no longer produce their beer in the state.

"We could see this was a really good beer and opportunity, Queensland is loyal to Queensland products. The two biggest beer brands in Australia are owned offshore and are at the same time fighting to be Australia's number one lager," he said.

"Droughtie provides an opportunity for people who like drinking a mid-strength lager to enjoy a step up. It's for an occasion where somebody wants to enjoy a little more from just a beer." 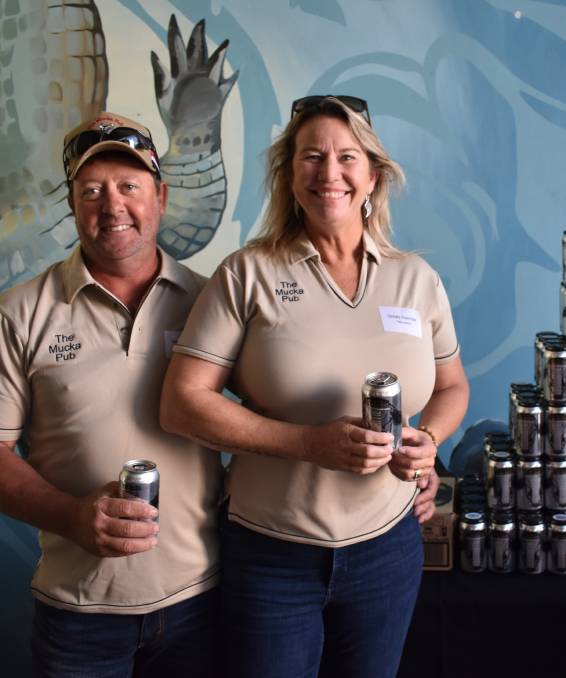 Christy and Marty Coomber from Muckadilla are in the process of rebuilding the Mucka Pub after it burnt down 18 months ago.

They travelled down to get a taste of the new Queensland beer, and despite not being a "beer-drinker" even Christy agreed it was a good drop.

"We found out about the beer because our builder is droughtmaster breeder," Mr Coomber said.

The couple are planning on supplying the beer when the Mucka Pub opens next month.