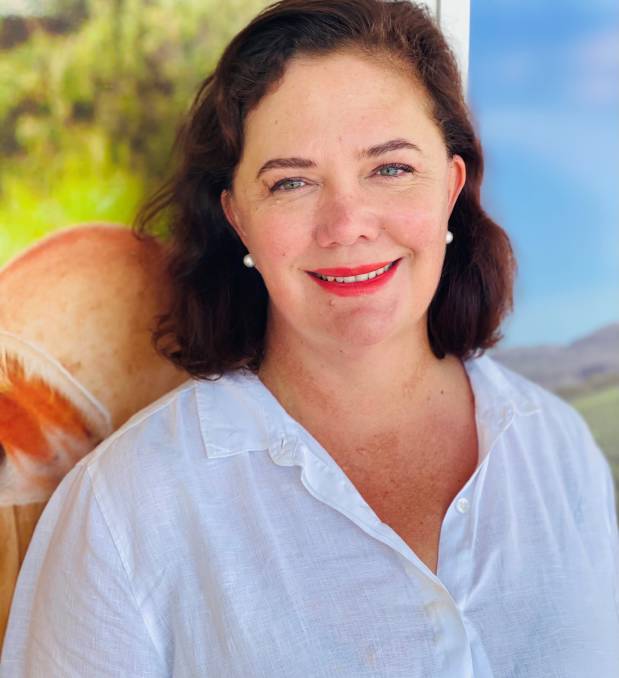 Anne Stunzner has more than 20 years of experience in agriculture, strategic economic and policy development relating to northern Australia.

Ms Stunzner, who will be based at the CRCNA's Townsville head office, replaces inaugural CEO Jed Matz, who announced he was moving on in mid-March.

Ms Stunzner has more than 20 years' experience in agriculture, strategic economic and policy development, having worked as a senior economic strategist for the Regional Development Australia Tropical North and as CEO of Growing Central Queensland.

One of her key achievements at the latter included securing $354 million for the business case for Rookwood Weir on the Fitzroy River.

Her advocacy and negotiating skills were fine-tuned during a period as a senior policy advisor for federal Resources and Northern Australia Minister Matt Canavan.

CRCNA chairwoman Sheriden Morris said while she was overwhelmed by the calibre of applicants vying for the CEO position, Ms Stunzner's demonstrated strong relationships with CRCNA stakeholders, technical advisory groups, government and research institutions secured her the position.

"Anne's commitment to the north is unquestionable, having worked with her family on their sixth generation cattle farm and notching up extensive industry experience as an economist and strategic advisor for local councils, industry groups and development agencies," Ms Morris said.

"The CRCNA board and I look forward to working with Anne as we continue to progress the developing Northern Australia agenda and invest in research and development that delivers for industry and de-risks investment in the north."

According to Ms Stunzner, growing up in the north has given her a strong foundation and understanding about business, research and development and sustainable, modern farm management practices.

"I grew up here, I live here, and I have worked extensively across the north, so I understand how important it is to have someone in your corner, advocating for you and someone who is focused on the opportunities and delivering solutions for communities, businesses and investors," she said.

As the CEO of the Central Queensland Forest Association, Ms Stunzner and her team led the formation of business operations through the commercial arm of Forest Based Solutions, including a $56 million commercial forest harvest/bio-fuels export project.

She said she looked forward to putting her skills, experience and networks to work for the CRCNA.

"On the back of last year's State of the North report, the CRCNA is well-positioned to drive the developing northern Australia agenda forward and underpin the north's economic prosperity with good science and governance and innovative policy solutions," she said.

Jed Matz said he was keen to pursue other career challenges now that the CRCNA had been successfully established.

Starting in July 2017, the organisation now partners in 41 projects, has 190 participants, $26m in co-investment and $40m in overall project value.

"What attracted me to the role four years ago was the opportunity to build the CRC from a concept to something that is now punching above its weight in boosting economic growth in northern Australia," Mr Matz said.

"It has been an honour to grow and lead the team that has played such a big part in assisting economic growth in northern Australia. I look forward to watching the CRCNA grow from the strong base that has been created."