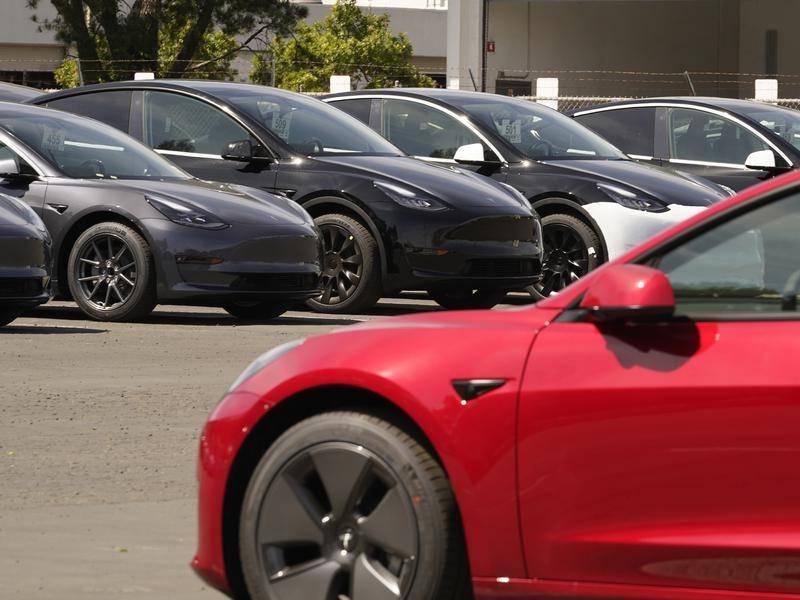 A major business lobby says governments should resists the temptation to slap taxes on electric cars.

A leading business lobby group says Australian governments should be supporting businesses and individuals to buy electric vehicles rather than slapping taxes on them.

Australian Industry Group chief executive Innes Willox says new taxes on electric vehicle usage that are being developed in several states is putting "the cart before the horse".

He believes such taxes should not be implemented until clean vehicles are better established and the taxes are better designed.

"Road infrastructure needs to be paid for and it will be important in the long term to maintain the tax base as batteries and fuel cells replace petrol tanks in Australia's vehicle fleet," Mr Willox said in a statement.

"But Australia is currently well behind our peers in that transition. Our slow uptake of clean vehicles is holding back national progress towards emissions targets - and increasing the pressure on every other part of the economy to deliver cuts."

He said all sides of politics have the opportunity to develop coherent, and preferably nationally co-ordinated, incentives that are consistent with overall plans for achieving a net zero emissions economy by 2050.

But he said unfortunately the most advanced EV tax proposal is due to start in Victoria on July 1 and looks like being a major disincentive that would undermine any other supportive policies.

"Victoria and the rest of the states should slam the brakes on these taxes and spend the next several years working together with the Commonwealth on a solution that is roadworthy, he said.

"That road pricing work should prioritise national consistency; ease of use; and effective incentives both for efficient road use and emissions reduction."