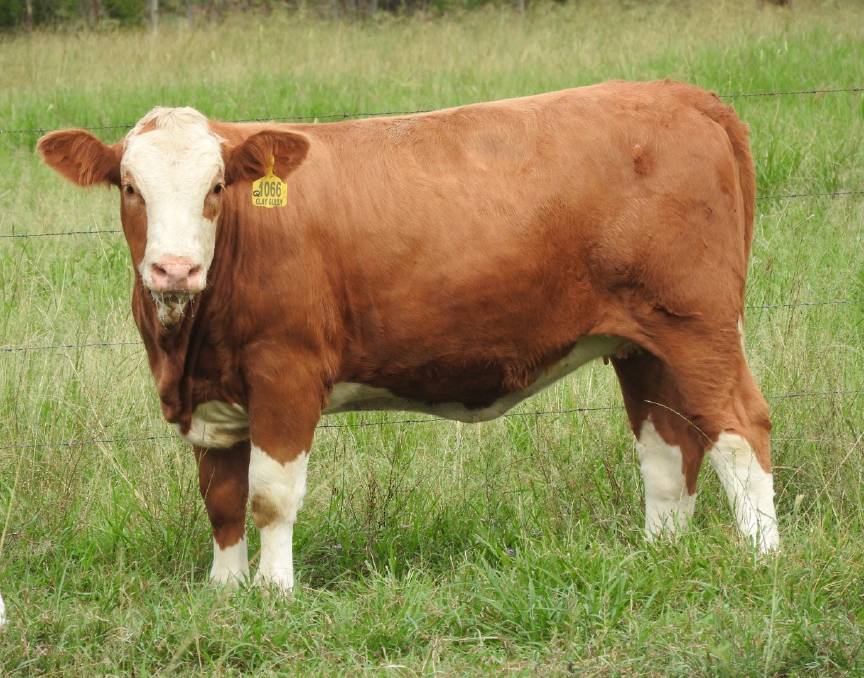 It was Clay Gully Qld Reign that attracted the highest bid of $10,000, selling to Ben Gould, Greenridge, NSW.

Buyers from two states were active in the Clay Gully online heifer sale.

Buyers from two states had their cheque books at the ready when a diverse range of genetics were offered during the Clay Gully Simmentals heifer sale through Elite Livestock Auctions last week.

Topping at $10,000, the sale saw all 25 stud heifers - offered by Rob and Viv Laycock, Clay Gully; Gareth Laycock and Emily Brassington, Biarra Valley; and, Sophie Laycock, Kipper Springs - sold for an average of $5330.

At 17 months of age, the tan heifer was by Bokara Freightliner and out of Clay Gully Jasmine (P). 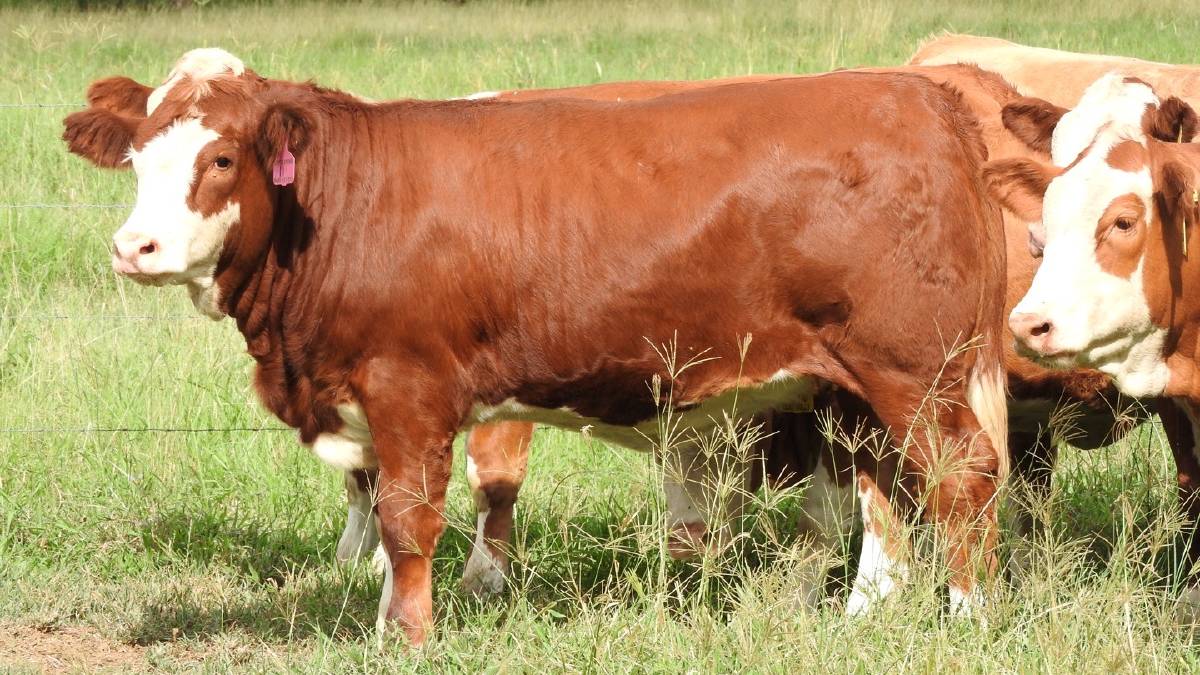 Mr Gould said the two youngsters would be foundation females for Cooplee Simmentals - a new stud venture for Charlee, 7, and Cooper Gould, 5.

"We're just going into beef ourselves [from a dairy background], running 470 females and wanted to get something for the kids to have a play with and have a little stud for them to get kicked off," he said.

"I figured if you're going to try and do something like that, you're better off trying to buy the best straight away and to start off small and work your way up."

The Goulds run Simmental bulls over their Brangus cows, but had considered other breeds for the stud venture.

"The ones I had in mind were Santas, Brahmans, Limousin or Simmental, and I just feel the Simmental are on their way up a little bit and I think it's a market we can tap into as well as the kids having a bit of fun," Mr Gould said.

Delivered to their new home by the Laycocks on Sunday, Mr Gould said Charlee and Cooper were "very excited" to see their new ladies in the paddock.

The heifers will be given time to grow out before being artificially inseminated, with Mr Gould currently considering semen from FGAF Guerrero 810Y and Glen Anthony Y-Arta AY02.

A pen of four traditional red Simmental heifers, aged eight to 12 months, sold for $1750 a head, while their tan counterparts, aged seven to eight months, made $1900 a head.

Gareth Laycock said they were really happy with the result.

"They went to a lot of new clients and some old clients as well, and they got a fair spread on them throughout Queensland and New South Wales which was good, so we were over the moon to get that much for heifers," he said.

"[Qld Reign] was a soft little heifer, out of a good cow, and by Freightliner which a lot of people were chasing because that's the last of his progeny now."