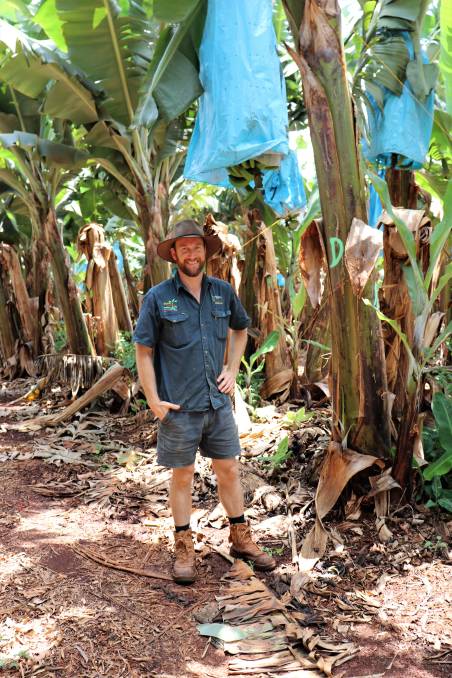 The Australian Banana Growers' Council has called for Queensland to match New South Wales' half-price hotel quarantine for seasonal agricultural workers but the government has taken the stance that the cost factor is "less of an issue in Queensland".

Last week, the NSW government introduced a 50 per cent subsidy towards mandatory quarantine for workers entering the country under the Pacific Labour Scheme or Seasonal Worker Programme.

ABGC is urging the Queensland government to immediately adopt a similar strategy and slash the current $2800 hotel quarantine for incoming Pacific workers.

But agriculture minister Mark Furner says the cost of hotel quarantine is "less of an issue in Queensland because we have led the nation in on-farm quarantine of Pacific workers".

"Under our trial, they are able to work while in quarantine on-farm," he said.

"That means these workers are productive for our farmers much faster and more efficiently than workers sitting in hotel quarantine.

"Already 1223 of these workers have started work in Queensland, with hundreds more on the way."

"Under arrangements agreed by National Cabinet, places in hotel quarantine are prioritised for returning Australians, and this is appropriate.

"Hotel quarantine is only available for Pacific workers if there is spare capacity."

Previously industry advocates have pointed out that on-farm quarantine does not suit small to medium growers.

ABGC chairman Stephen Lowe said agriculture could not continue to be a much-touted pillar of the COVID-19 recovery effort without additional support to access workers.

"A subsidy like the one introduced in NSW would make hotel quarantine a more realistic option for growers who are already struggling with natural disaster, poor prices and simply not having enough workers to harvest their crop," he said.

Atherton Tablelands grower Andrew Serra has 90 hectares of bananas and 60 hectares of avocadoes in production.

"A subsidy and an increased hotel quarantine capacity has got to go hand in hand," he said.

"It's not just in bananas but the horticulture industry as a whole could do with another five to 10,000 workers.

"A lot of the seasonal workers that are here have been here for over 12 to 18 months and they have to go home."

Mr Serra said he has 37 seasonal workers on his farm that have all been there since before last March.

With some due to leave soon, he was expecting 15 workers to arrive from Vanuatu this week and go into hotel quarantine but delays have seen it pushed back by six to eight weeks.