After nearly five years of no access to Leslie Dam, growers in the region were in fear they wouldn't make it through the next season if promised wet weather did not eventuate.

A difference of "chalk and cheese" is how three months of wet weather has changed the outlook for irrigators in the Upper Condamine.

After nearly five years of no access to Leslie Dam, growers in the region were starting to fear the worst if promised wet weather did not eventuate.

Constant downpours in the South East answered their prayers - with full dams on most properties and allocation from the Leslie Dam jumping from zero per cent to 75%. The first time a significant portion has been available since 2017.

"Things were getting very, very dry. Our subsoil moisture levels were horrible. We had nothing in the soil ready to go for winter and there was no water in the dams to give any promise for summer," he said.

"Now, it's just chalk and cheese."

Mr Krieg said the rainfall will give growers in the region a chance to start their summer crop with water for the first time in half a decade.

"To start a winter season with this water is amazing, but we'll be able to finally start a summer season with water. We haven't done that in nearly five years." 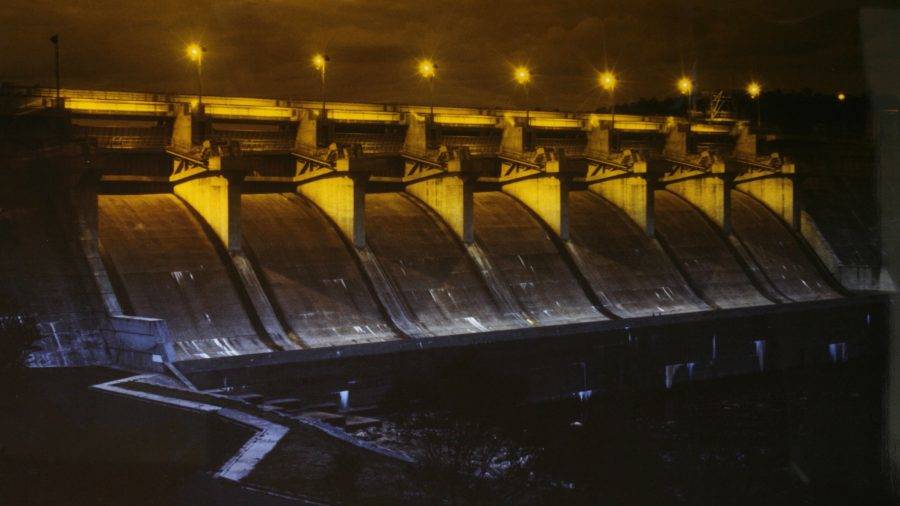 There is currently more than 30,000 megalitres in the Leslie Dam, allowing 75% water allocation for irrigators in the Upper Condamine. Credit: SunWater.

There is currently more than 30,000 megalitres in the Leslie Dam and the 75% allocation will be available as long as the dam's supply level sits above 15,000 megalitres. Beyond that point all water is reserved for urban water supply.

Mr Krieg said a 2011 decision to increase the reserve of water for Warwick town has been a constant headache for irrigators.

"SunWater imposed a larger reserve for Warwick town ten years ago which created an issue between the amount of announced allocation that irrigators can get and what is actually deliverable. The calculation that tells irrigators what it is we should get does not match the reserve that has been put into Condamine River."

"Sunwater will work with irrigators to ensure releases to allocation owners can be coordinated to maximise delivery efficiency," Minister Butcher said.

Mr Kreig said Central Downs Irrigators are at the end of talks with the government water service to prevent any water going to waste.

"We're at the pointy end of talks at the moment, SunWater are talking about changing a few of the rules in the system to make sure that water is used efficiently as possible," he said.

"The last thing we want to see is all this water evaporating, this water is worth $1000 dollar per megalitre in gross production to us. Water is a lot of money, and we're hoping we do what we can to make sure it gets onto paddocks."

Medium priority allocations will have access for the remainder of the water year, which ends to 30 June. Mr Krieg said Central Downs Irrigators are trying to amend the water-year system to increase water efficiency.

"We're trying to get a three month allocation for times that we need too," he said.

"Getting all storage losses and transmission losses out of the system and getting water down and in our dams rather than seeing it evaporate up in the Leslie Dam."

"Water management is about flexibility. It's not about demanding access to anymore more water. We're trying to prevent transmissive losses."

Minister for Agricultural Mark Furner said the water allocations will play a massive role in the region's economy.

"So many of our farmers have done it tough for years through Queensland's drought, so it warms the heart to see the irrigators rewarded for their patience," Mr Furner said.