It was Meldon Park Q107 (P) that drew top money of $7250 in the Meldon Park Simmentals heifer sale, knocked down to Jo Berrie of Ban Ban Springs.

Quality young heifers from the Meldon Park Simmental stud were met by stud and commercial interest alike, when they were offered through AuctionsPlus last Thursday.

Selling 15 of 17 registered heifers for a clearance rate of 88 per cent, the Skene family recorded an average of $4367 and top of $7250 in their third online heifer sale.

It was Meldon Park Q107 (P) that drew top money, knocked down to Jo Berrie of Ban Ban Springs.

At 20 months of age, the tan daughter of sought-after sire Lucrana General (P), and from Meldon Park Exquiste (P), was a "standout" for her softness, growth and femininity. She was artificially inseminated to Woonallee Lampoon (P). 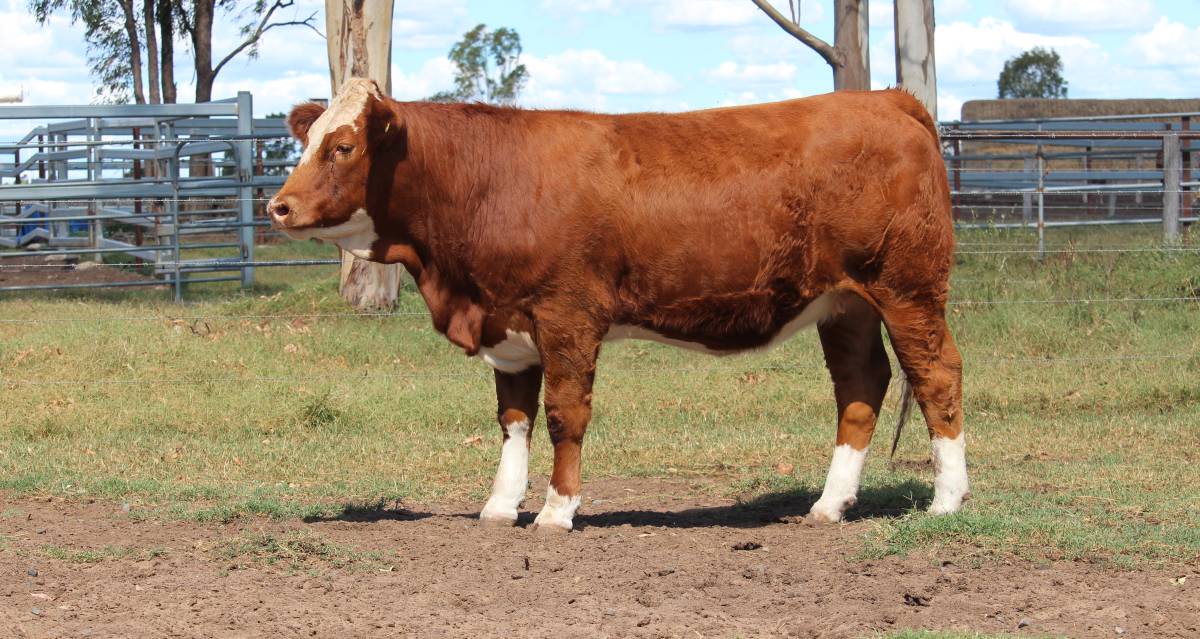 Taking out the second-top price of $6500 was 23-month-old Meldon Park Q88. AI'd to Meldon Park Peerless (P), the brown heifer was purchased by MKR Simmentals, NSW.

From Meldon Park Doris Day, the Meldon Park Hugo daughter boasted "plenty of length and capacity". The stud finished the sale with three purchases to average $5166, making them one of the three top volume buyers.

Iain and Dom Adams, Adams and Sons, Blackall, also purchased three heifers for an average of $4750, topping at $5750 for Meldon Park Q192 (P), while Benjarra Pastoral Co signed off on three to average $3333.

"They were only young heifers so buyers still have a few years before they get return from them, so I thought it was a good result," she said.

"[Q107 (P)] was a standout heifer, by General, and we've seen quite a few people starting to look for the Lucrana General daughters."