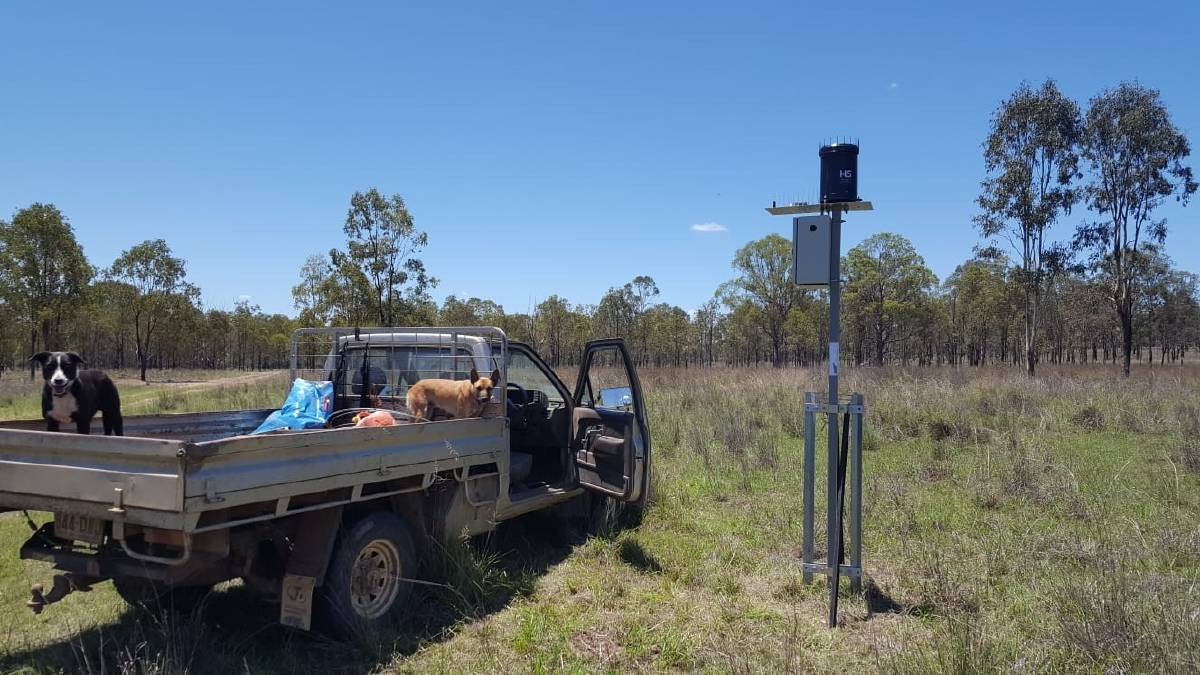 DATA COLLECTION: One of the 20 fully-automated, satellite rain gauges being trialled by graziers across Queensland.

Queensland's rainfall data will be boosted thanks to satellite rain gauges being trialled by graziers across the state.

Queensland's rainfall data will be boosted thanks to satellite rain gauges being trialled by graziers across the state.

"Rainfall, or the lack of it, is one of the fundamental measurements used in environmental management tools such as FORAGE and pasture growth reports," he said.

"With Queensland being so large, rainfall data is often segmented over varying locations and time periods leading to information gaps.

"Already the rainfall data collected reinforces how variable Queensland's climate can be with rainfall varying markedly over short distances. In one day in December, one gauge recorded 106mm, 3km away another gauge recorded 85mm and 14km away one recorded 8mm."

Science Minister Meaghan Scanlon said the trial involved a state-wide network of rain gauges that would measure rainfall and transmit the data via satellite to the grazier every 24 hours.

"We're hopeful this trial will help fill in the spatial gaps that can occur with the existing Queensland-wide network of meteorological weather stations," she said.

"The data will also feed via satellite into SILO, the Queensland government's publicly available and real-time climate data tool along with feeding into and enhancing FORAGE and grass reports used for climate risk management.

"If successful, the trial has the potential to lead to a larger deployment of these high-tech rain gauges to assist more of our landholders."

This trial, with a total investment of $311,000, will run until June and is funded by the Queensland government's Drought and Climate Adaptation Program.