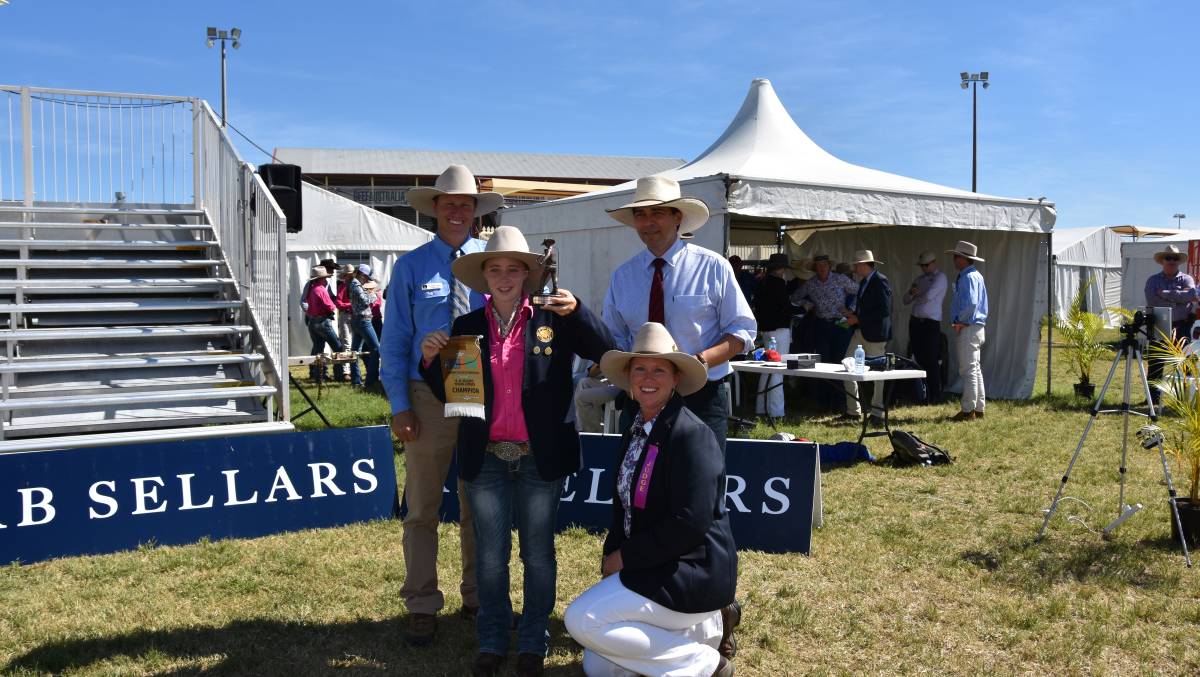 The younger generation will have plenty of opportunities to put their skills on display at Beef Australia 2021, as the event's focus on nurturing the beef industry's future leaders continues to shine through.

The younger generation will have plenty of opportunities to put their skills on display at Beef Australia 2021, as the event's focus on nurturing the beef industry's future leaders continues to shine through.

Entries for all four youth competitions have been coming "thick and fast" according to organisers, with plenty of youngsters from across Queensland and New South Wales eager to compete.

First off the mark will be the Young Commercial Judges Competition on the afternoon of Sunday, May 2.

The Champion Young Commercial Judge will be awarded $200 cash, a champion trophy and have their name engraved on the Jan Sinclair Perpetual Memorial Trophy to be displayed in the Beef Australia office. The championship will be awarded to the highest scoring entrant from any of the four classes.

"The difference between this competition and other judging is that you are judging 16 steers in groups of four," he said.

"You have to be able to assess a pen of cattle rather than an individual animal, much like you would if you were at the saleyards.

"Even if a young person's interest lies in seedstock, I think that competing in commercial competitions is incredibly valuable.

"If you're in the industry, the final product is these steers and heifers and being able to assess them well and know if they will hit market specifications is a vital skill if a young person is looking to be involved in the beef industry."

The action will continue on Monday with Junior Paraders, the Junior Schools Team Judging and the Junior Led Steer Competition all set to be held that day.

Kicking off at 8.30am, the Young Paraders Competition is divided into five age categories.

There will be four rings with four classes judged at once. The winners of each class will go on to compete in a championship.

All competitors in the competition must provide their own animal under 21 months old to parade, which must be shown in a class at Beef Australia 2021.

The Junior Schools Team Judging will be next, half an hour after the finish of Junior Paraders.

Four bulls and four females will be paraded before the competitors, with each team required to place the animals in each group

Rounding out the day will be the Junior Led Steers, with handlers aged between 12 and 19 leading milk-tooth steers across four weight-based classes.

Prize money and ribbons will be awarded to first to third place getters in each class, with a grand champion led steer trophy to be awarded.

Then on the Friday, it will be the Young Judges Competition in the stud cattle arena, with five age classes.

Finalists will be chosen from those contestants, with the highest scores after completion of the judging section. The finalists will then be required to place and comment on one of the groups of stud cattle.

"A lot of shows weren't held last year so this may be the first opportunity many kids have had to compete in a while," he said.

"We have a really strong COVID plan as we were very passionate to see the event go ahead."

Mr Hughes said the bulk of the youth competitions had moved to the Monday during Beef Australia 2018 to coincide with the public holiday and the decision had been made to keep that format for the current event.

"Monday is really about the youth and them having that opportunity to perform in front of a big crowd and then we finish the week with the young judges, so really we're bookending the week with our young people," he said.

Mr Hughes said taking part in junior parading and judging judging was a great way for young people in the beef industry to build their confidence while learning.

"Last time, I was watching a young fellow who was about eight years old. The way he spoke, you would think he was a person 20 years older," he said.

"It's more than just being able to judge the animal, it's being able to talk confidently and clearly about why you chose them and their attributes."

More information about the specific times and details for each competition can be found in the Beef Australia 2021 program.