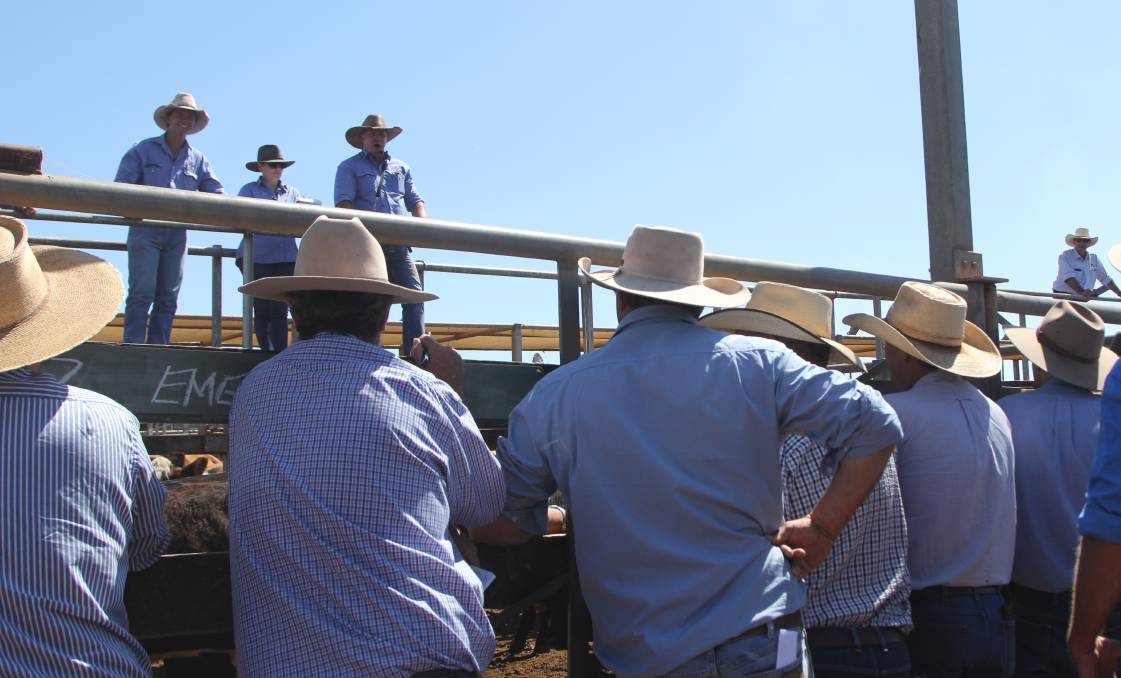 An increase in cattle trading through saleyards as producers look for ways to build their herds back up is resulting in an economically concerning increase in reproductive diseases in the Maranoa district.

An increase in cattle trading through saleyards as producers look for ways to build their herds back up is resulting in an economically concerning increase in reproductive diseases in the Maranoa district.

Will Nason, the owner of the Roma Veterinary Clinic, had a serious message for attendees at the recent MLA Beefup forum in Roma, saying he had clients that had gone bankrupt as a result of the creeping effects of vibriosis, a venereal disease of cattle that is regarded as a very common cause of infertility and sporadic abortion.

A much more recent addition to the district, two outbreaks of trichomoniasis have been diagnosed twice by Mr Nason in the past year. Prior to that, he'd never diagnosed a case in his veterinary career.

It also causes decreases in reproductive rates, something a beef herd trying to rebuild from record low levels can ill afford.

Mr Nason said both diseases were most commonly spread by infected bulls that showed no symptoms, as well as by contaminated frozen semen and equipment during artificial breeding programs.

"Both are true economic diseases and hit the bottom line of calves weaned from breeders joined," he said.

The main way that producers first identify that they have a problem is by reduced and spread out calving patterns.

"Any client that can preg test will know that it's happening, and competent testers will be able to fetal age and recognise dead foetuses, otherwise people don't usually see that they have a problem until it's too late," Mr Nason said.

According to him, there were a number of reasons for the massive upward trend in vibriosis in the district in the last five years, complacency among them.

"People think, it won't happen to me," he said.

"There is also a breakdown in vaccine protocols, a decline in infrastructure - poor fencing and sub-standard yards - making it hard to handle and vaccinate cattle, an increase in trade, and cattle being transported longer distances.

"They are less likely to know the background and origins of the cattle they're buying, which are being transported much greater distances now."

Vibriosis is easily prevented with vaccination but is difficult and expensive to control and eradicate once established.

There is no vaccine for trichomoniasis on the other hand, which is much more common in North Queensland and the Northern Territory.

It increases in prevalence in bulls as they age, as older bulls are less efficient at clearing the organism.

"You need to test and remove infected bulls, and it's very important to cull the empty females in your herd," Mr Nason said. "Culling dry cows removes persistently infected females as a potential source."

He also said it was important to use seasonal joining to give females a chance to clear the organism from their reproductive systems.

Mr Nason emphasised that biosecurity was just about minimising risk and wasn't a buzzword, telling the audience their plan didn't need to be overly complicated.

He said it was important to always study the NVD form if people couldn't source cattle locally from respected sources.

"Any new introductions should be assessed for the risk they bring to the table, and vendors of purchased cattle should be asked about prior vaccination history," he said.

"If you're not sure, quarantine your purchases.

"A lot of people don't vaccinate for vibrio but I guarantee you'll save dollars from doing it.

"Both of these diseases hit your bottom line really hard.

"You've got to do the little things to protect your valuable business.

He added that if bulls were sneaking in from around the edges of the property it may not be enough to vaccinate bulls for vibriosis and producers may have to vaccinate their heifer herd too.