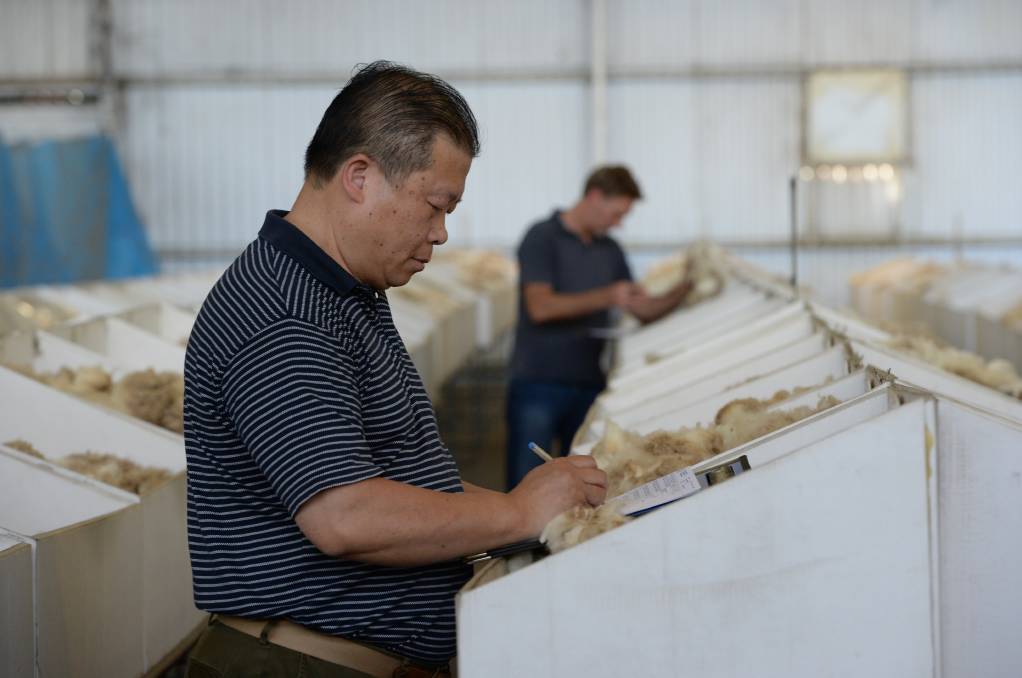 AUCTION PAUSE: There will be a break to wool sales this week because of Easter.

There will be a break in Australian wool sales this week because of Easter after slight price gains in auctions last week.

There will be a break in Australian wool sales this week because of Easter after slight price gains in auctions last week.

Super fine Merino types 18.5 micron and finer were the largest contributor to a one per cent increase in values.

It was mainly a traders market on all the Merino sectors as that industry segment dominated buyers lists.

Conversely, the crossbred wools were the purchasing domain of top makers and indenters forcing handy gains across the entire broader wool categories.

With the major trading currency pair of the AUD/USD remaining extremely flat on a week to week comparison, the gains in the USD EMI were the same at around 1.2pc or 11usc to conclude the selling week at 988usc clean/kg.

Logistics issues continue to be the wild card currently impacting the trade of wool (and other export goods).

Last week though, the major exporters appeared to brush away the concerns of these potential blockage points in delivery and attacked the auctions with gusto.

Other barriers to smooth trade at present include other "abnormal" influences such as consumer access to physical product due the pandemic and skyrocketing transport charges across the globe forcing retail prices upward.

Analysts said this week's break in sales contributed to the stiffer competition, but a renewed interest half way through the sales had confidence restored somewhat after a two week slide.

Chinese and Indian orders were available - at a price - and the odd smattering of European activity was in evidence at the better end of the market.

Significantly some specialised accredited clips offered were the recipients of prices up to 12pc above the price of similar, but non accredited wools.

Superfine (less than 18.5 micron) Merino fleece and skirtings gained 20 to 60ac with the best gains at the finest end.

All other Merino combing descriptions traded around established levels.

Cardings had a mundane week, but were selling to the buyers favour mostly, whilst crossbred wools were all 10 to 20ac higher by the close of selling.

In last week's sales, the oddments sector was mixed, recording a small weekly gain in Sydney and falls in Melbourne and Fremantle.

The crossbred sector performed strongly as buyers chased lots with low VM (under 1.5pc) and suitable staple length and strength.

Crutchings and stains rose on Tuesday (up 20 to 30 cents) before the oddment sector weakened on Wednesday.

There are 50,000 bales scheduled for auction next week.

The story Slight price gains before a break in wool sales this week first appeared on Farm Online.