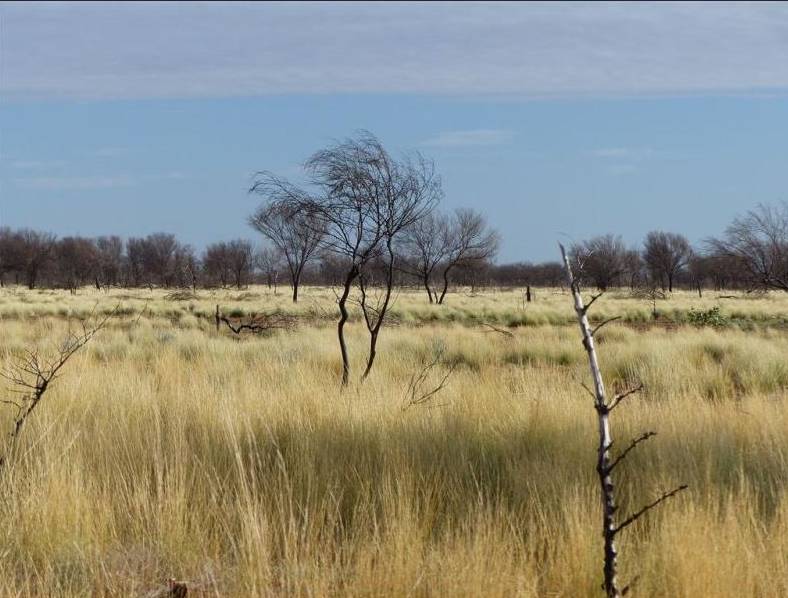 Land valuations in the Bulloo shire have increased 127.5pc for rural landholders.

"Hard to justify" is how Kilcowera Station manager Scott Clifford sees the huge leap in land valuations in the far south west of Queensland.

"Hard to justify" is how Kilcowera Station manager Scott Clifford sees the huge leap in land valuations in the far south west of Queensland.

Around 261,000 landowners around Queensland were issued with updated valuations by Queensland's Valuer-General at the end of March and among the hardest hit were those in the Diamantina and Bulloo shires.

There has been a 145 per cent increase overall in the Diamantina shire, where primary producers have been slugged with a 155pc increase, while in the Bulloo shire the increase is 113pc, or 127.5pc for primary producers.

Mr Clifford, who was born and bred in the Thargomindah region and who manages the 79,100 hectare Kilcowera and Zenonie aggregation for the Vision Pastoral Co of Newcastle, NSW, said the new rate was far too much for the services received in return.

"Country here is mostly sold for $20 to $25 an acre, and this place went for a pretty reasonable price," he said.

"Yet we can't get roads or bridges out here - the only way we've been able to get into Thargo with the rain has been with the flood truck, and we can't get to Eulo at all.

"There's no bridges out here that are built to major flood level standards, and we're flat out getting phones and other services."

AgForce has urged landholders to challenge the new land valuations or risk being lumped with higher council rates and rent.

"Unimproved values are done by mass appraisal, meaning your property isn't individually valued so errors can occur," Mr Moore said. "It's important you object to your new valuation if you believe the unimproved value is too high, because it could result in large savings in rates or rent."

They are among 25 shires around Queensland that were advised of their new land valuations, due to come into effect from June 30.

Some of the higher valuations in central and northern Queensland include 100pc for primary producers in Charters Towers, 97pc in Central Highlands, and 97pc in Isaac Regional Councils.

"Queensland's property market has been influenced by a variety of factors with increases in land value in a number of regional areas during the period these land valuations took place," Valuer-General Wally Kearnan said.

"In the past 12 months, Queensland has seen significant increases in values for grazing and broadacre farming properties despite large areas of the state remaining drought-declared.

"As with previous years, confidence remains in Queensland's rural sector with continued strength in beef and commodity prices and historically low interest rates, leading to a high volume of sales across the state.

"Low interest rates have been a big driver with finance available for farm aggregation and business expansion, supported by strong beef and rural commodity prices."

Mr Kearnan said the volume of title transactions recorded by the Registrar of Titles in the first half of the 2020-21 financial year were up by 10 per cent on the same period the previous year, averaging around 2950 dealings lodged each day.

"It was recognised that market volatility and uncertainty was expected as a result of COVID-19, with governments responding with a range of stimulus packages including relief from state fees and land rents, targeted support for industry and small business and cost-of-living relief for households.

"We will continue to closely monitor the market as Queensland recovers from the pandemic, and a decision will be made on the 2022 program in the last quarter of 2021."

Some areas of the state have not been re-valued in 2021 due to market information indicating no certainty in sustainable land values since the previous valuation period.

In areas where new valuations have not been issued, the most recent annual valuation will remain effective for rating, land tax and state land rental purposes until the next valuation is undertaken.