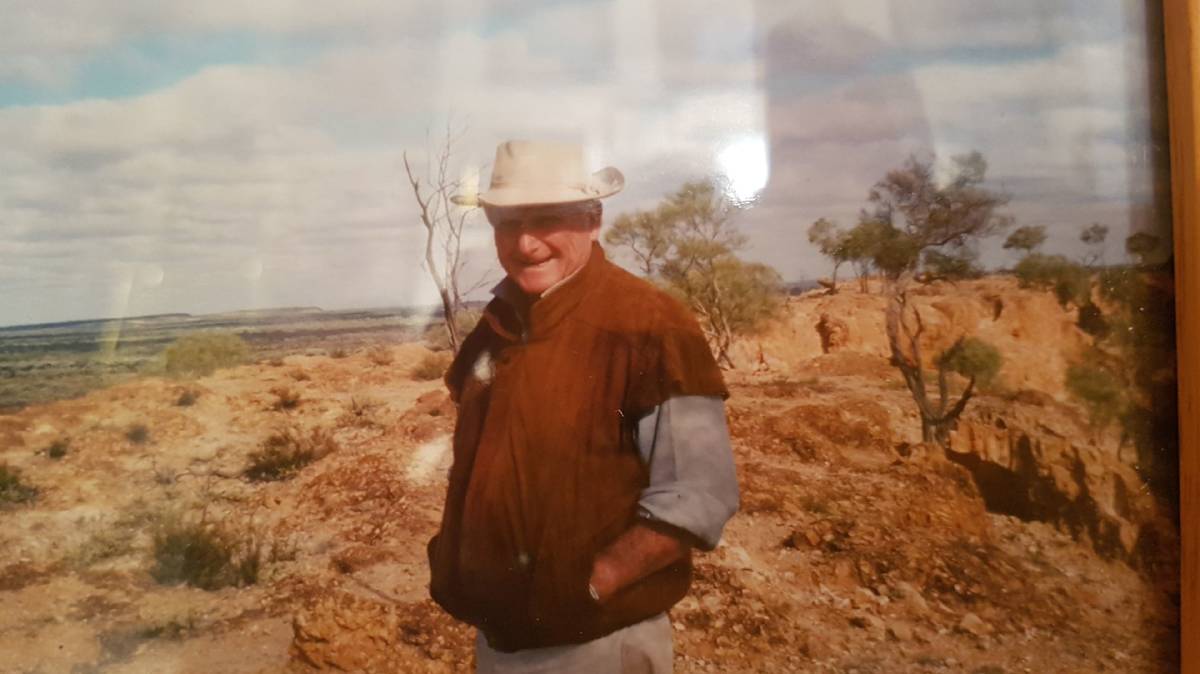 John Michael Tully, who never lost his love of Quilpie and who was interred with some of the red soil from the district, passed away peacefully on February 26 after a short illness, at the age of 81.

John Michael Tully, who never lost his love of Quilpie and who was interred with some of the red soil from the district, passed away peacefully on February 26 after a short illness, at the age of 81.

He was born on January 22, 1940, the only son of Jack and Grace Tully, and grew up on Yambutta Station between Quilpie and Eromanga. It's where he and his first wife Jan raised their family.

Tragedy struck early when Jan lost twin girls at birth, and again when she was diagnosed at a young age with breast cancer.

The family made the heartfelt decision to move to Brisbane in 1976, to sell Yambutta in 1980, and move to Beaudesert in the late 1980s.

As his friend Dr Leigh Atkinson recalled, the Jesuits have a saying: 'Give me the first seven years of a child's life and I will give you the man'.

"Jack Tully and the Riverview Jesuits moulded this only child into being the heir and patriarch of one of Queensland's most historical western families," Dr Atkinson said.

"John's eldest son Jamie would say he was a hard man, a great teacher, and a committed worker.

"Michaela, his only daughter, recalled he was a man with great skills at communicating with all levels of society, as long as you didn't want to call him on his mobile!

John was a passionate polo player throughout his early western life, and his office was adorned with trophies from a 15-year playing career, including captaining his own team from Yambutta. 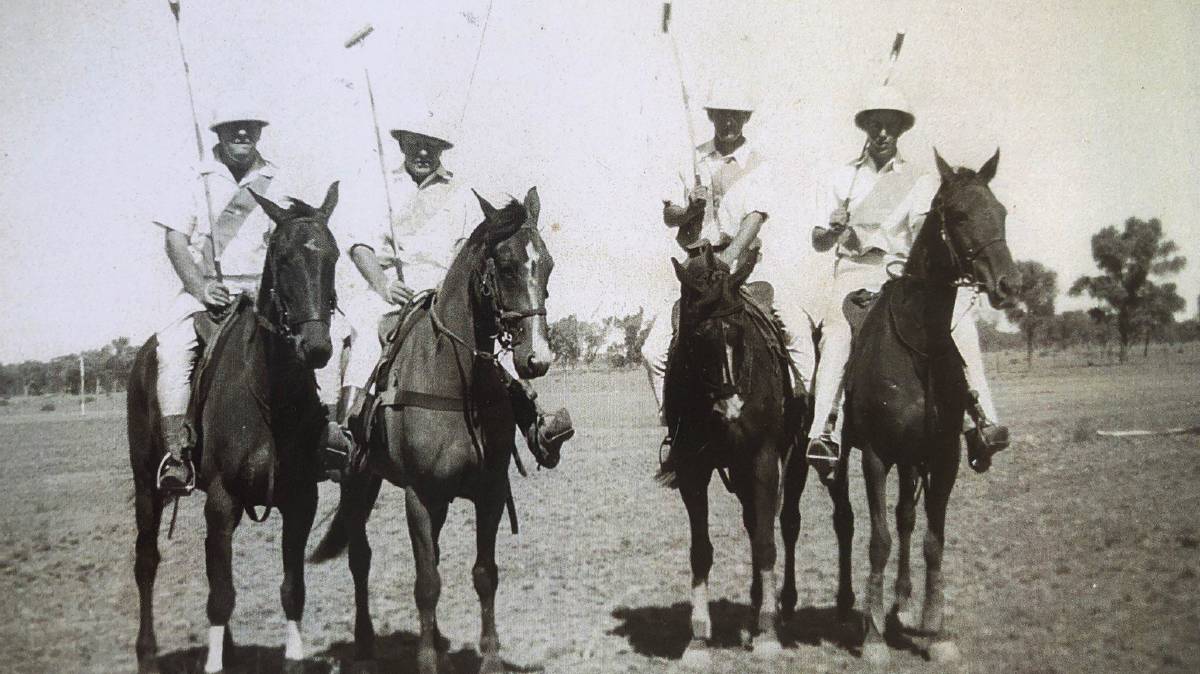 Joe, Hugh and John Tully, plus Bill Borthwick, the Boothera team that won the Cunnamulla polo carnival in 1957.

He began playing on his father Jack's team in 1957, along with uncles Hughie and Joe, both of whom had been prisoners of war in Changi.

It is noteworthy that in his first year of polo, he, along with Bill Borthwick, Joe and Hughie won the Cunnamulla Polo Cup.

In 1958 at age 18, John, along with Bill Borthwick formed a new team, named Mongarlo after one of the blocks on Whynot Station.

In 1959 they were joined by Ross Pegler and Ronnie McCrea. By 1968 Bill retired from the game and the team was renamed Eromanga.

John played on successfully throughout the early 1970s, having designed and constructed his own 'practice pony' on Yambutta, which stands to this day and no doubt enhanced his horsemanship on the field. 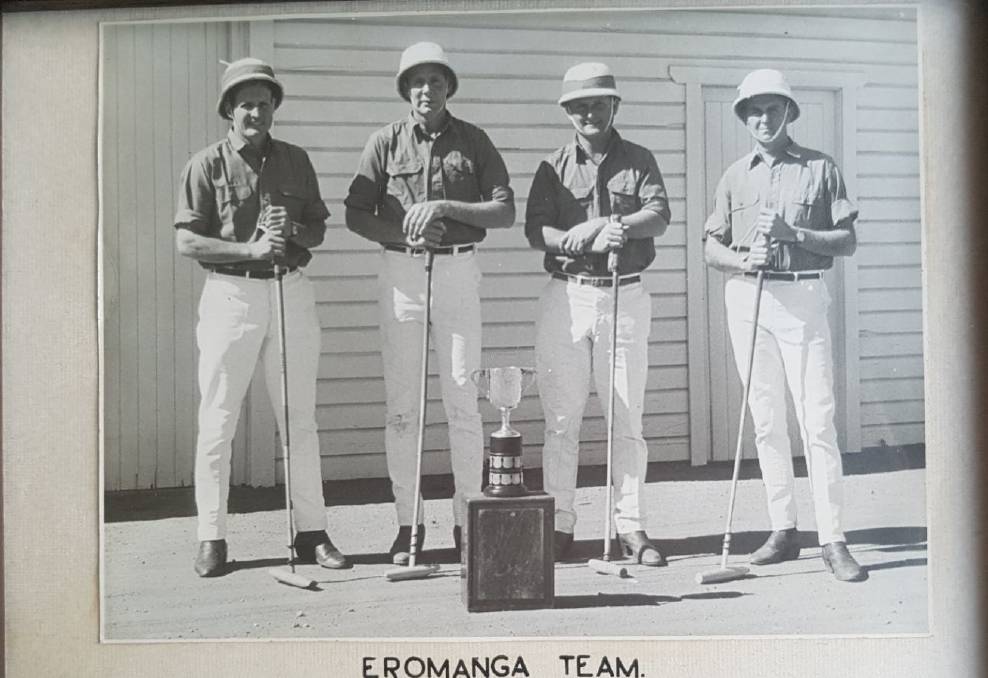 With the move to Beaudesert, John continued his agricultural career with many successful ventures.

In 1992, he and another good friend Mick Gibson collaborated to purchase the Dynevor Downs/Bingara aggregation between Eulo and Thargomindah, with John taking the 97,125ha Bingara Station, operated by his son Shane and wife Simone.

Despite the dry times, they managed to produce between 400-500 bales of 21 micron wool in most years, along with approximately 10,000 mixed sex weaners, which found regular repeat buyers eager for the Boonoke bloodlines.

It was very much a Tully team enterprise, utilising Clayton Tully's expertise based at Boonoke, along with Bob Tully's shearing team.

John was a regular visitor, usually accompanied by friends who shared his passion for the business of the outback, or leaders of the Brisbane legal and accounting fraternity, who gained an insight into what inspires the people of the west.

He had a phenomenal memory for names and events, so the large dinners often went late over a whisky while sharing the family history.

He was credited with the gift of flexibility, shifting from cattle and sheep at Yambutta to dairy farming at Currawilla, Beaudesert.

Timing was everything, and as the milk price collapsed he moved seamlessly to learning about the east-west layout of chicken sheds from Tim Pegler.

His sons Jamie, Clayton and Nathan now operate one of the largest free range chicken operations in the state.

Two years after Jan's passing in 1989, John was fortunate to find a wonderful soulmate in Ann Robson.

The pair married and the next 30 years at Indooroopilly raced by in a flash, before his passing in the Wesley Hospital palliative care unit on February 26.

A private funeral was held at St Thomas Aquinas Catholic Church, St Lucia on March 5, after which his five children took him home to Beaudesert to be interred with his first wife Jan (nee Ireland).

A memorial celebration of John's life will be held at The Downs Club, Toowoomba from 1pm on Friday, April 30.