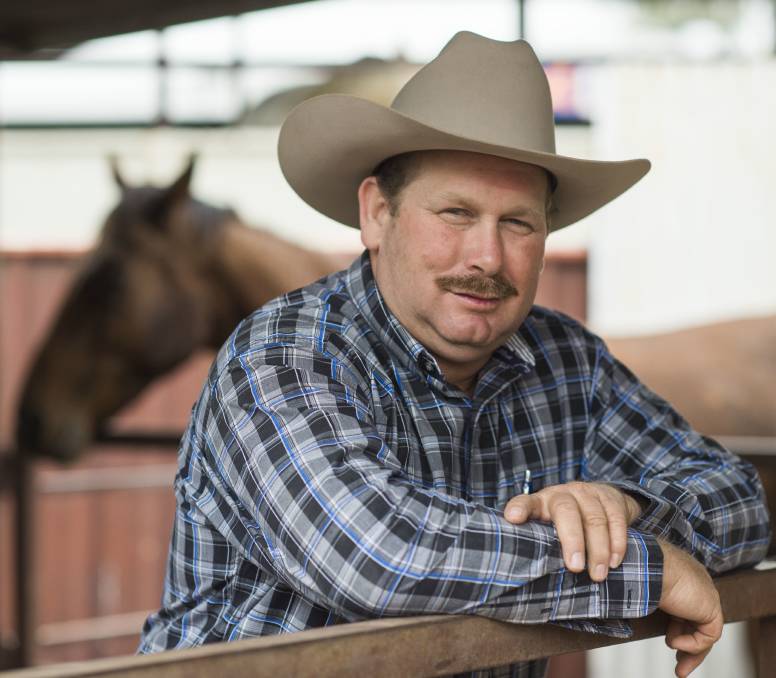 Richard Kinnon was preparing for a busy Easter before the Brisbane lockdown.

Queensland's latest COVID-19 outbreak could not have come at a worse time for regional and rural tourism operators.

With Easter just around the corner, many operators were finally starting to see a light at the end of the tunnel, after a year plagued with pandemic hurdles.

A tourism push for Australians to fill the void of international travel saw many operators fill bookings with travellers prepared to spend millions across the state for the first time since the pandemic.

The tourism industry directly and indirectly employs one in 11 people in the state. Operators are now being forced to reconsider their future following a flock of cancellations and the end of the federal government's JobKeeper scheme.

The grazier owns two cattle stations and a sheep station near Longreach and was forced to diversify his business towards tourism in response to years of devastating drought.

Outback Pioneers employs nearly 30 staff and Mr Kinnon said the pandemic has been "like a drought but for the tourism industry".

"We've had our staff on for a month, training them and getting them ready to get back in action and now because of Brisbane's lockdown it has been a huge set back to the start of our season," he said.

"Within two hours of the lockdown being announced booking cancellations started coming through. It's completely devastating.

"We are a small family business, we just can't keep doing this."

Alan and Sue Smith own adventure tour company Outback Aussie Tours and were anticipating a record-breaking Easter before the lockdown.

Outback Aussie Tours had a group of 27 travellers on tour from Greater Brisbane that were all forced into lockdown when the lockdown restrictions were announced.

The group also had to cancel this weekend's tour and Mr Smith said the situation was like a "roller coaster".

"Sometimes we're up and sometimes we're down. It's been a rough few days but we can only hope that the numbers go down and we can get back to work," he said.

The end of JobKeeper

Queensland Tourism Industry Council chief executive Daniel Gschwind said the timing of the JobKeeper scheme ending could not be worse for the industry.

"The timing is diabolical. Our industry has been relying on JobKeeper, most businesses have only kept their staff because of JobKeeper."

Mr Gschwind said the lockdown was a body blow to the entire industry.

"This is not just affecting Greater Brisbane, this three-day lockdown is reverberating across the state," he said.

"The impacts will last much longer than the lockdown probably will. This is playing out just days before the Easter holidays and we were expecting finally some relief for tourism operators."

Mr Gschwind said more cancellations will be the "last straw" for operators.

"It's not just about Queensland, it's what the other state and territory governments do. Tough responses by putting restrictions on returning travellers," he said.

Mr Gschwind said tourism suffering will have a wider effect on regional economies.

"International tourism remains closed and will remain closed for a long time. There is hardly any good news at the moment," he said.

"Tourism adds $28 billion to Queensland's economy, and it goes into tens of thousands of businesses in every corner of the state. These figures might not mean much but they translate into small business."

Tourism Minister Stirling Hinchliffe said the Federal government has been "cruel" and that the Prime Minister "tricked" Queensland tourism operators.

"For weeks in the lead up to the axing of JobKeeper, the Federal Government teased regional Queensland tourism industry operators with assurances they would not be forgotten," Mr Hinchcliffe said.

"The Greater Brisbane COVID hotspot vividly demonstrates what tourism businesses in Queensland desperately need is the targeted JobKeeper-style support the Prime Minister has extended to international airline workers but no-one else.

"Ongoing appeals for extended support for Queensland tourism businesses have been met with deafening silence from Canberra."