The event attracted thousands of visitors from both near and far. 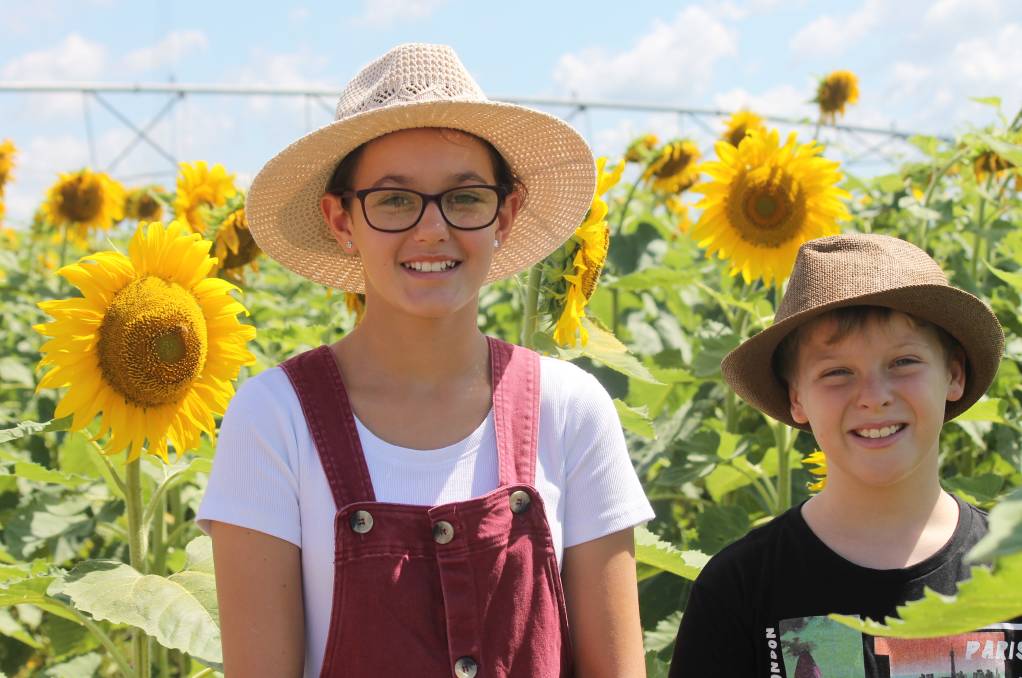 KALBAR's first Sunshine and Sunflowers event was held on Saturday, attracting a sellout crowd of about 3000.

The weather was kind and the sunflowers were in full bloom thanks to a good watering last week.

The event was the brainchild of Kalbar's Jenner family, who farm lucerne but switched to sunflowers this season after struggling with the impact of drought.

Food trucks, a coffee van and live entertainment added to the positive attitude on the day, with many stopping to have their photo taken in the rows of sunflowers.

Kalbar sisters Bryn and Sophia Beasley and other local musicians, including the local school band, took to the stage and delivered impressive performances.

Among the visitors were Curtis Delaney and his daughters Mila and Alyssa from Beenleigh.

"We have been planting them at Beenleigh and a group of neighbours have joined us to try and get more sunflowers growing.

"The girls have taken some to school at Windaroo State School and they have them growing there now too.

"When we heard this was on, we couldn't miss it."

The story All smiles at Sunshine and Sunflowers first appeared on Beaudesert Times.