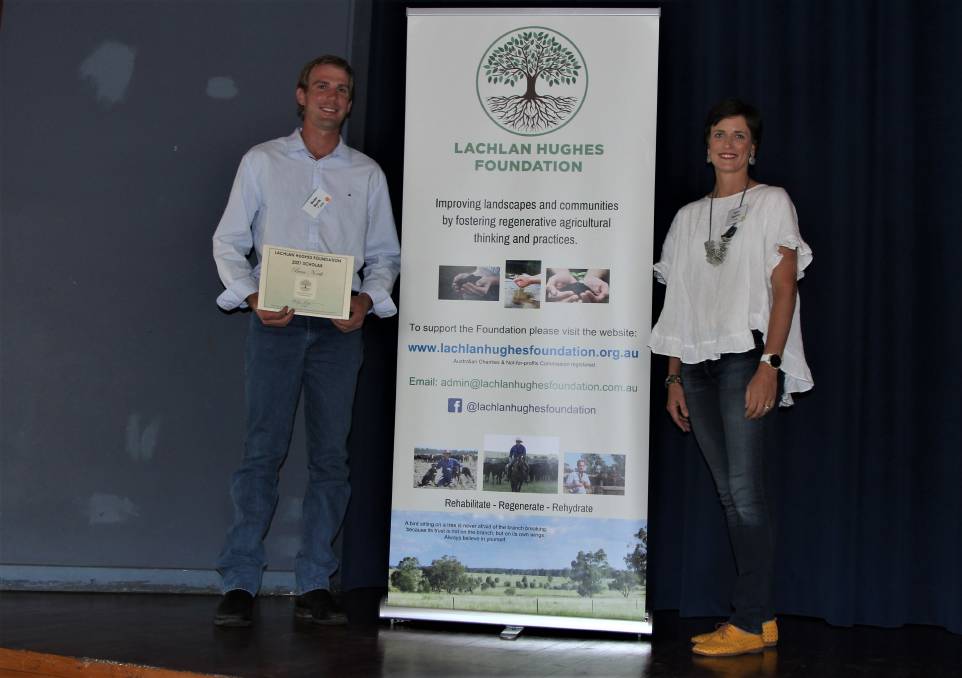 That's just part of the CV for Beau North, who has been announced as the 2021 recipient of the Lachlan Hughes Foundation scholarship.

Together with his girlfriend Katherine Fausett they've recently become the proud owners of a 67.5ha sugarcane farm just west of Sarina that they hope to transform into perennial pastures for their beef herd.

"This scholarship will provide me with the knowledge and the training that I sometimes lack, purely because I have work commitments," he said. "I see regen ag as a way of turning the place into a profitable business, using the practices and methods."

Mr North, who grew up nearby on 8ha along Sarina's beaches, and Ms Fausett already have a small beef herd that they've had on agistment or leased country for the past seven or eight years.

He acknowledges that turning the 40 or so hectares of his property that's been under sugarcane for the past 80 to 100 years will be a challenge but one that he's looking forward to.

"Half of my family's involved in sugar - I think it's a great industry, however it's not for me and this year will be our final year where we harvest the cane," he said.

"This scholarship (will give me) a bit of a push, and it's a way also to have mentors that I can relay information backwards and forwards with, so that I can achieve my goals and hopefully achieve some of their goals as well."

The scholarship was initiated by the Hughes family to honour the memory of their son, husband and father Lachlan Hughes, who died as the result of an on-farm accident in October 2018.

He always dreamed of using regenerative agricultural practices for grazing lands, something that has always interested Mr North as well.

Leasing and agisting didn't offer him the opportunities to learn more about the practice, whereas he can now experiment on his own land.

"I hope that regen ag is, not a silver bullet but will have methods that can help young producers such as myself get started in the industry through low inputs," he said. "We're going to make plenty of mistakes but I guess that's how you learn."

Rhonda Toms-Morgan, secretary of the Lachlan Hughes Foundation, said Mr North's ability to implement his ideas played a strong role in his selection, along with being in a northern part of Queensland.

"It shows that the scholarship is one for all parts of the state," she said. "We were also impressed with Beau's ability to share his journey and willingness to be a champion for a growth mindset and continuous learning."

As part of his scholarship he'll either attend a course run by NQ Dry Tropics at Greenvale or Gympie shortly, or take part in one at Dulacca Downs later in the year.

The announcement was made during the MLA Beefup forum held in Roma last Friday, at which inaugural Lachlan Hughes Foundation scholar Jack Groat spoke about what he'd gotten from the experience. 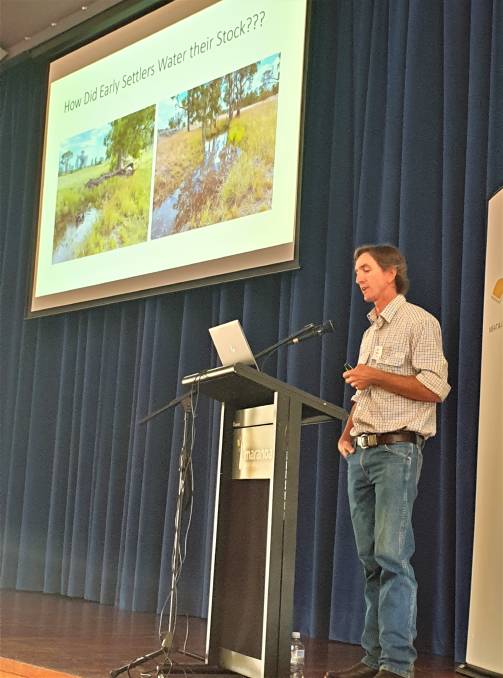 He said it had become abundantly clear that rotational grazing was no longer a fringe idea.

"It's been proven across rainfall levels, country types and sizes - we've just got to learn how to do it right," he said.

Instead of running three separate mobs of cattle on their Roma property, they now run one herd of 700 head plus progeny, and Mr Groat said the effect on his country was "incredible", despite the increase in herd size.

He said he'd been continually challenged by Lachlan's parents Philip and Adele Hughes in what was a busy year but one that had forced him to learn more about his landscape.

Thanks to border closures he wasn't able to attend the Mulloon Institute in NSW to learn regenerative agriculture practices but he said that was probably a blessing in disguise as it meant natural sequence farming proponent Stuart Andrews came to Dulacca instead to conduct a workshop for 22 people.

"The workshop showed us what the lack of groundcover, and the lack of water infiltration was doing," Mr Groat said.

"Seventy-five per cent of our rainfall is wasted - we're trying to operate a grazing property with 25pc of available rain.

"We have to make it work better for us."

His year has included learning more about weeds and what they're saying about soil condition, and using satellite technology to get an overall picture of where he needed to concentrate.

He told the Beefup audience of 100 that the scholarship wasn't age-specific but action-specific.

"If you don't get it first go, I urge you to have another go."

Philip Hughes said he was sure Mr Groat would go on to have a big impact in the industry. The Hughes family with scholars Jack Groat and Beau North.