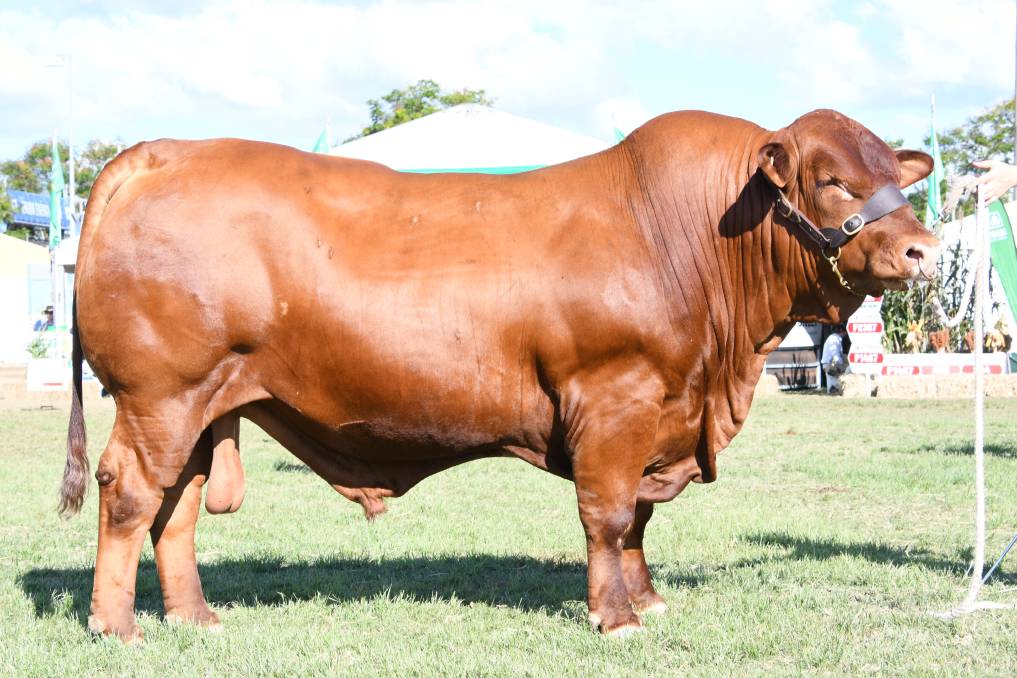 Beef benefits: The Maynards exported 1500 straws from 5 Star Stairmaster to a client in Paraguay who they met at Beef 2018. Through the program, their client now has his first calves on the ground and has issued another order.

The best networking event on the beef industry calendar is how 5 Star Senepol's Geoff Maynard describes Beef Australia, an event he has been involved with since it was first held in 1988.

Mr Maynard said there isn't any other event in Australia, which compares to Beef in relation to the amount of contacts they've made and people they've met at the event.

"Beef 2018 was a classic example of this. We met up with internationals from Paraguay and The Philippines there, which has consequently led to ongoing trade with both. We've exported 1500 straws from 5 Star Stairmaster to our client in Paraguay, who now has his first calves on the ground. He's since issued another order," he said.

"In 2012, we met a group of New Caledonians there, and subsequently exported 300 head to them over a span of four to five years.

"The exposure Beef has provided for us, and the domestic sales it has helped create through contacts made there, has been highly beneficial."

The Maynards have nominated three head for the stud ring this year, and will also be exhibiting cows and calves and working bulls in their trade fair site.

"From a broader industry perspective I'll be involved with the international committee facilitating seminars. It's a good time to catch up with producers from all over." 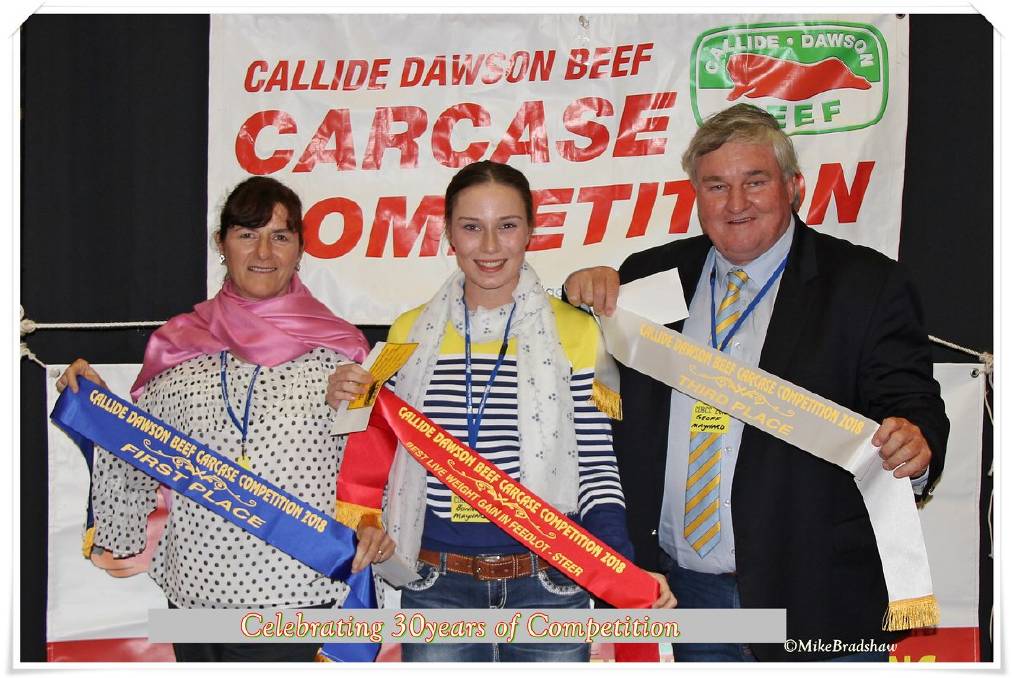 Geoff and Alison Maynard with their daughter Bonnie have enjoyed success over the years at the Callide Dawson Beef Carcase Competition.

Mr Maynard runs the business with his wife Alison and their daughter Bonnie, with their other children Gus, Olivia, Faith and Sabrina helping part-time.

From their 4500ha home property, Mt Eugene (purchased in 1957), north, north-east of Jambin in the Callide Valley, the family run their program across two other properties, including nearby Clifton (2300ha, purchased in 1935), Rhonda Valley (1000ha, purchased in 2003) near Baralaba, and since 2013, on 3500ha of leased land at Belmont Research Station, north of Rockhampton.

"Since the dry of 2018-19 we've been breeding on Mt Eugene and Belmont, and growing out the progeny on Clifton and Rhonda Valley." 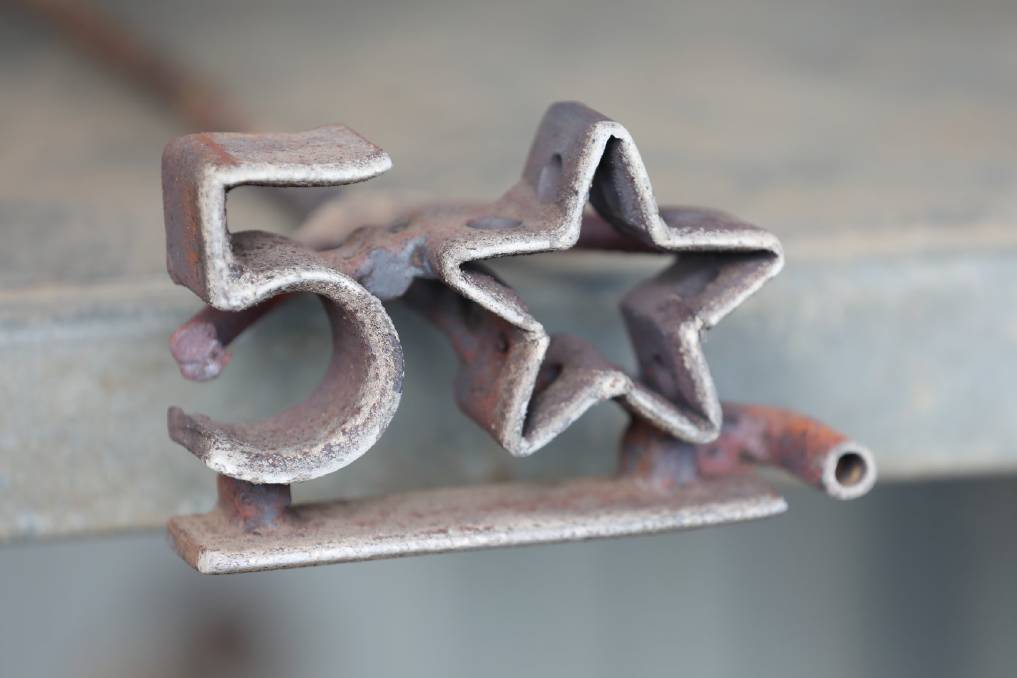 Mr Maynard and his father, Pat, began selling red cattle in 1970, before progressing to utilising the Senepol in the late 1990s.

He cited the polledness of the Senepol and their slick coat, ideal for tropical conditions, as two key reasons behind that move.

"Our goal is to breed a tropically adapted Bos Taurus article, which maximises production, with superior rebreeding rates, growth and carcase traits, while delivering an animal with hybrid vigour for use in commercial herds."

To help realise this ambition the family have been conducting IVF programs this year, after identifying the most highly fertile females in their herd over the past five to eight years, through genomics and repronomics projects the family are involved with.

"We're using IVF to generate calves from our top end breeders by joining them to our most productive homebred bulls and imported semen from a US bull." 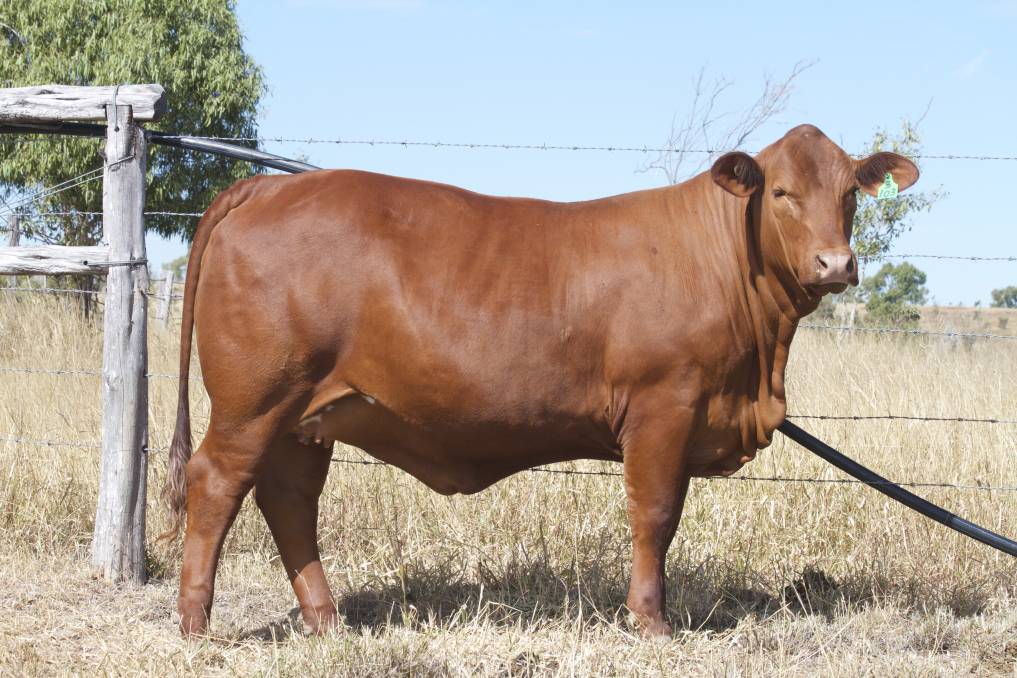 Sons of bulls and females involved in this program will be offered at the annual 5 Star Senepol and Adapted Bos Taurus Bull Sale being held at CQLX, Gracemere, on Monday, September 20, from 11am.

In all 70 lots, consisting of 50 Red Senepol and adapted Bos Taurus, 10 Senepol x Angus, and 10 Senepol x Charolais have been selected for the 2021 catalogue.

"Included in the draft are sons of 5 Star Stairmaster. Last year, one of his sons topped the sale, and set a then Australian Senepol record price of $30,000."

He said another homebred bull introducing good progeny is 5 Star 16/44.

"We're excited about the genetics he's delivering. His sons have excellent carcase growth and fertility."

"I encourage all interested parties to call me and arrange an appointment to inspect the draft through August and September. Inspections can also be carried out at CQLX from the afternoon of Sunday, September 19, at CQLX."

The family have also enjoyed success at the Callide Dawson Beef Carcase Competition.

"We feel fortunate to have scored overall and class wins in the competition, especially in the last six years. Last year we won the Grain Fed Heifer section, and had a couple of class wins. It's a highly competitive competition, with close to 600 animals entered last year.

"It's a great way to benchmark our product against some of the best producers in the industry. Seeing our performance in the competition is above the average has given us confidence that our selection is on the right track. It makes promoting our product to clients easier as they can see where we stand in a large scale benchmarking event. It's also a good process for our kids. They've learned a lot about carcase evaluation and on-the-hook judging through the cattle they've entered."