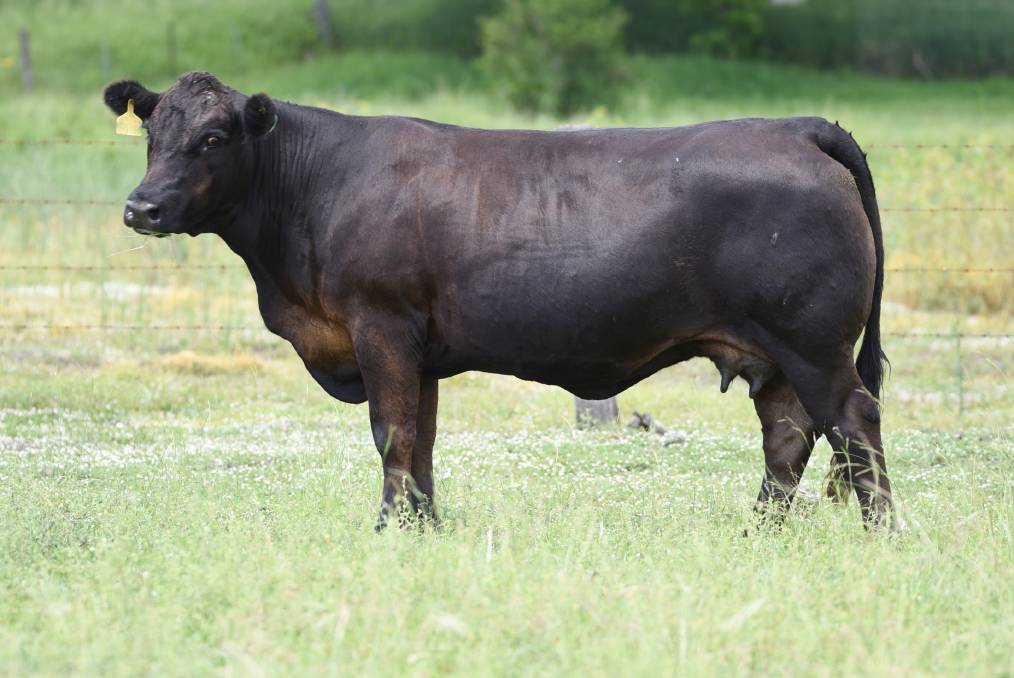 The O'Sullivan's celebrated 30 years with the Limousin breed, with an on-property Black Limousin female sale at Gunnadoo on Monday.

This year marked 30 years of involvement with the Limousin breed for Mick and Sandy O'Sullivan, who offered access to every registered female.

The sale attracted strong interest from interstate, with buyers capitalising on the opportunity to add quality black poll Limousin females to their programs.

OSullivans stud principal Mick O'Sullivan said it was great to see their females go into a number of Limousin studs interstate.

"Perhaps, what is the most thrilling is to see our previous bull clients come back and purchase some really good females," Mr O'Sullivan said.

"Make no mistake, we will continue to breed Limousin cattle, but we are excited to see how our genetics perform in other herds."

The cow is a Wulfs Uppermost 6196U daughter who has previously been in the OSullivans donor pen.

Governor's Choice Winery, Athol, paid to a top of $6500 for their pick, OSullivans Black Pearl Q53, a maternal sister to the top price female sired by Summit Masterplan L27.

While Chris Meade of Pelican Rise Limousins, Colac, Vic, paid $6000 for the opportunity to flush OSullivans Black Pearl H11, the dam of both the top price cow and heifer.

The Macallister family, Roma Downs, Roma, purchased four bulls to top at $8000 twice, with an average of $7250.

Jen-Daview Limousins put together four females for an average of $5125, while Governor's Choice Winery secured four heifers to top at $6500, with an average of $4875.