The successful prosecution of a case of animal cruelty against a woman who was hunting pigs on a property in the Toowoomba region has highlighted both inconsistencies in regulations in Queensland, and a 'changing of the guard' in how such activity is being viewed by society. 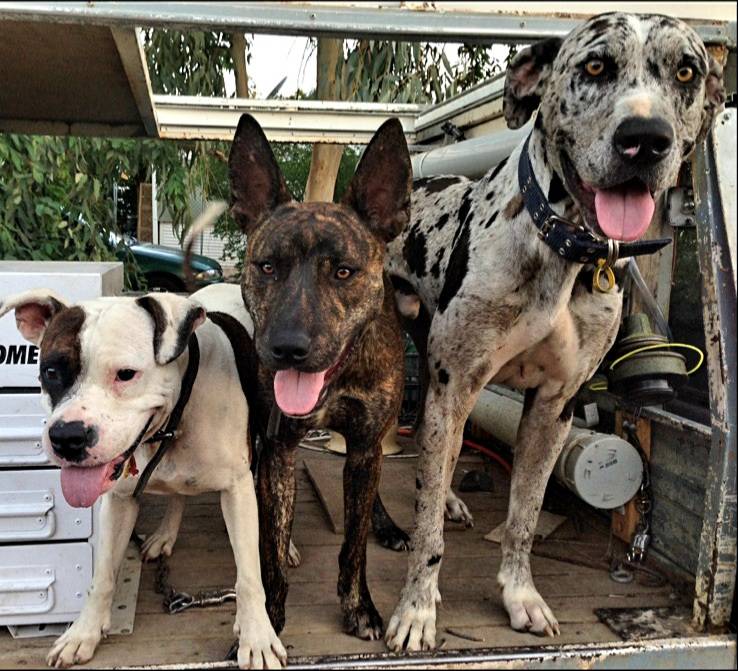 The successful prosecution of a case of animal cruelty against a woman who was hunting pigs on a property in the Toowoomba region has highlighted both inconsistencies in regulations in Queensland, and a 'changing of the guard' in how such activity is being viewed by society.

That's the opinion of lawyer Dan Creevey, who said while it was an activity that's entrenched in the bush, pig hunters need to become more aware of what the various regulations do and don't allow.

The prosecution was brought by the RSPCA against Kim Bolger who had been on a property at Yalangur, north of Kingsthorpe, at the request of the landowner to help clear out feral pigs.

Ms Bolger, 39, filmed the action of July 9, 2018, on her phone and the footage was played to the Toowoomba Magistrates Court during her sentence hearing last week.

She pleaded guilty to one count of unlawfully allowing an animal to injure another animal, after her two dogs bit and held a feral pig, and was fined almost $5000.

According to Creevey Russell principal Dan Creevey, Ms Bolger was a member of the Australian Pig Doggers and Hunters Association and believed she was following its guidelines during the incident.

Regulations for pig hunting vary from state to state and Ms Bolger, who had been living in the Northern Territory, had not realised that in Queensland it can be considered unnecessary for hunting dogs to hold and bite the pig.

"Although some people do the wrong thing, the use of dogs while pig hunting is humane if done correctly, and there needs to more consistency with the regulations," Mr Creevey said.

"In Victoria, dogs are only allowed to 'flush and bail' out pigs and are not allowed to bite, hold or 'hit up' on a pig," he said. "In NSW, dogs are allowed to locate, bail and hold pigs as long as the dog does not inflict unnecessary pain on the pig."

In Queensland, there are no specific regulations regarding the use of dogs while pig hunting, but general animal cruelty laws are cited.

These include that the animal must not be caused any unjustifiable, unnecessary, or unreasonable pain and that it must not be killed in a way that is inhumane.

Mr Creevey said Ms Bolger had been charged under section 37 of the Animal Care and Protection Act 2001, but Ned Makim, a representative of the Australian Pig Doggers and Hunters Association, said the laws were confusing.

He said that under the Animal Management (Cats and Dogs) Act 2008 section 196, there were defences for dogs biting, such as being on private property, being a working dog biting stock, or being a security patrol dog.

"Who is responsible for animal welfare issues when government-sponsored shooting of pigs from choppers happens," he asked. "The argument has been that some level of pain might be necessary but the objective is to do everything quickly."

According to the RSPCA website, it is opposed to recreational hunting, or the act of stalking or pursuing an animal and then killing it for sport, due to the 'inherent and inevitable pain and suffering caused'.

"Unfortunately, hunting of pigs with dogs is a legal activity in some parts of Australia, with laws varying between states and territories," it says.

"The RSPCA accepts that in some circumstances there is a need to control introduced animals such as feral pigs, but we firmly believe that any control measures used must be justified, effective and humane.

"This is not the case with hunting pigs with dogs."

Arguing the contrary, Mr Makim said the APDHA believed the use of properly trained and managed dogs had a place in the management of feral pigs.

"One form of control only isn't going to work when pigs are trap-shy, won't take poison, or are in thick cover," he said.

"The issue is more about how that's managed.

"We think that legal hunting is a legitimate cultural and recreational activity, and we share the community's view that the welfare of all animals involved should be a major consideration."

He said they didn't agree with some of the vision that appeared, saying the case from Toowoomba hadn't helped their lifestyle.

"We suspended the member immediately and asked her for input," he said. "We are at absolute pains to communicate our code to members and we use social media as a means of crossing over into the broader community to educate them."

Mr Makim believed the APDHA in general had credence with various government agencies it worked with, such as African Swine Fever preparedness, public land hunting committees, and rural crime committees.

Feral pigs are responsible for an estimated loss of 20,000 tonnes of sugar cane each year, while in some areas they kill and eat up to 40 per cent of newborn lambs.

Mr Creevey said the reasonable measures that could be taken to minimise the risk caused by feral pigs was difficult when organisations such as the RSPCA and people who have never been out to the bush, didn't appreciate the detriment they cause.

"Lots of magistrates aren't bush people; they're in tune with what the majority who live in cities are saying.

"The vast majority haven't seen a wild pig, but sooling a dog onto a pig is a deliberate act, that's hard to defend.

"And if history has any comparative, the laws will be more regularly policed."