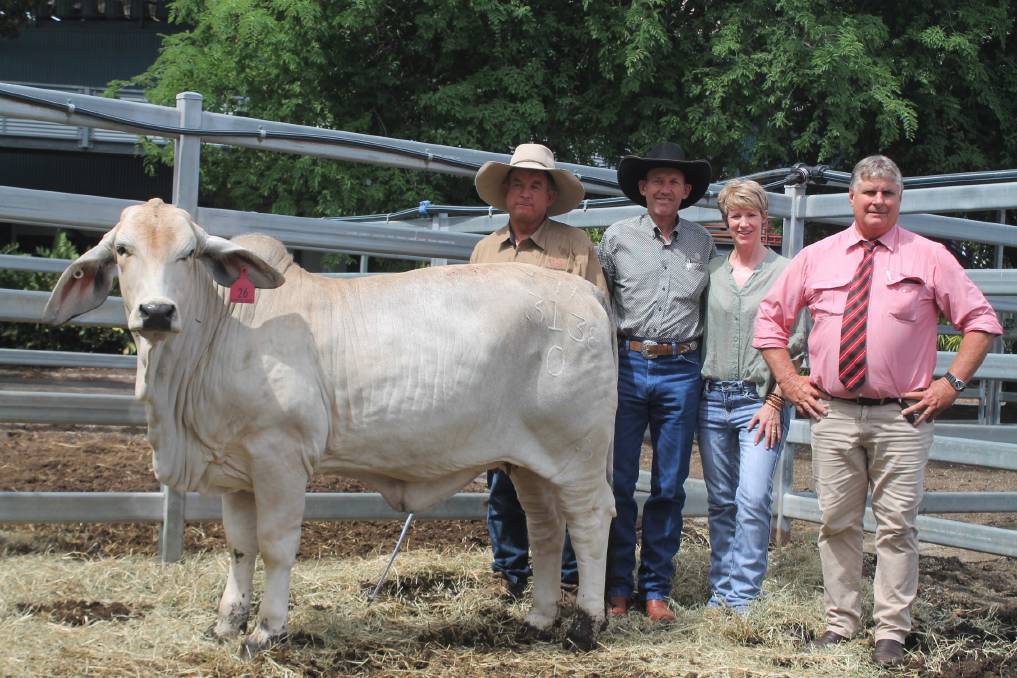 The Rocky All Stars female sale wrapped up in Gracemere on Saturday with a top of $32,000.

Overall, 41 greys, 24 reds, and two embryo packages were offered by 12 vendors, achieving a clearance rate of 99 per cent and a combined sale average of $7422.

Autumn rainfall throughout central Queensland brought optimism as figures improved from the 2020 sale, which achieved a 93 per cent clearance and a combined sale average of $5555.

The sale attracted strong interest from buyers in the stands and especially online, where StockLive received bids on 70 per cent of the sale lots and had 301 viewers active throughout the sale.

Forty grey females were sold to average $8025 for a 98pc clearance.

The 15-month-old is the sought after daughter of Double C Canadian Club (PS) and dam Glengarry G Miss Sugar 324 (H).

With polled genetics their number one priority, the Hansen family were attracted to the heifer's softness, bone and structure.

The Hansens had previously visited the Glengarry stud and were impressed with the progeny of Double C Canadian Club and waited for the right time to purchase one of his daughters.

"We went to Glengarry and inspected their heifers a couple of weeks earlier and this heifer stood out to us as definitely the pick of the draft.

"She'll be heading out to our Oaklands property and we'll be doing some IVF with her fairly soon.

"We've only got a small stud but we've outlaid quite a bit of money to purchase some top quality heifers and we'll be doing IVF with some of the best polled bulls we can find." 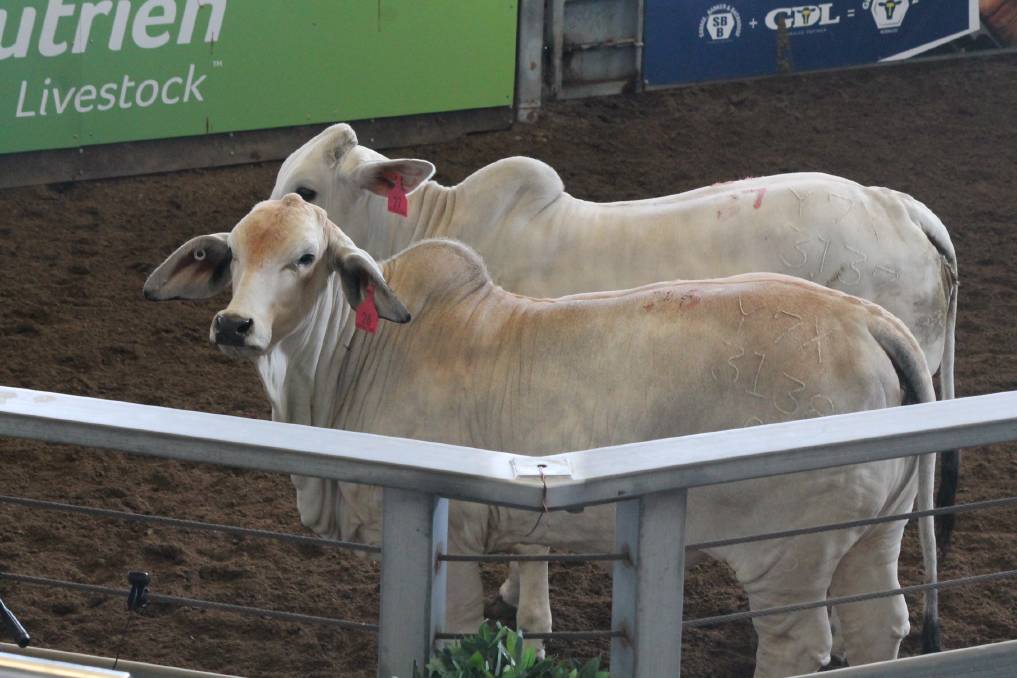 FEMALE APPEAL: The 15-month-old is the sought after daughter of Double C Canadian Club (PS) and had the genetics and visual appeal to attract the highest price for a heifer in the sale's history. Picture: Ben Harden.

Selling the top priced heifer in the sale's history was a big coup for stud principal Scott Angel, who operate Glengarry Brahman stud, north of Rockhampton.

"We've been selling here at All Stars for six years now and always do reasonably well, we've topped before at $20,000," Mr Angel said.

"I was a bit surprised with the price our heifer fetched considering it's the top price ever for a female here.

"We thought a fair bit of this female and people told us that she was going to make a bit of money but you never believe it until you get it."

Second top-price for the greys was EL JA Larissa N Manso (IVF) (PS) who sold to Charlevue Cattle Company, Dingo, for a strong $19,000. 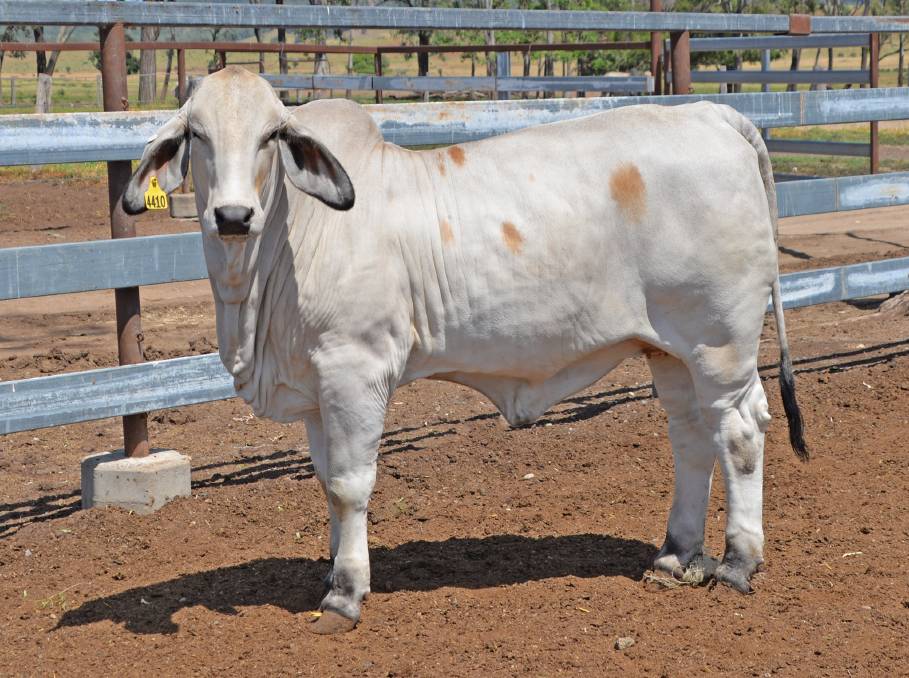 The young nine-month-old heifer is the daughter of Mr V8 Noble 458/7 (IMP US) (H) and was offered by the Donald family, Red Range, Theodore.

Twenty-four red heifers were sold to average $6417 for a 100pc clearance.

Topping the day for the reds were the Streeter family, Palmvale Red Brahmans, Mt Slopeaway, Marlborough, with Palmvale Miss Prince 4044 (H) selling for $11,000 to John Collins. 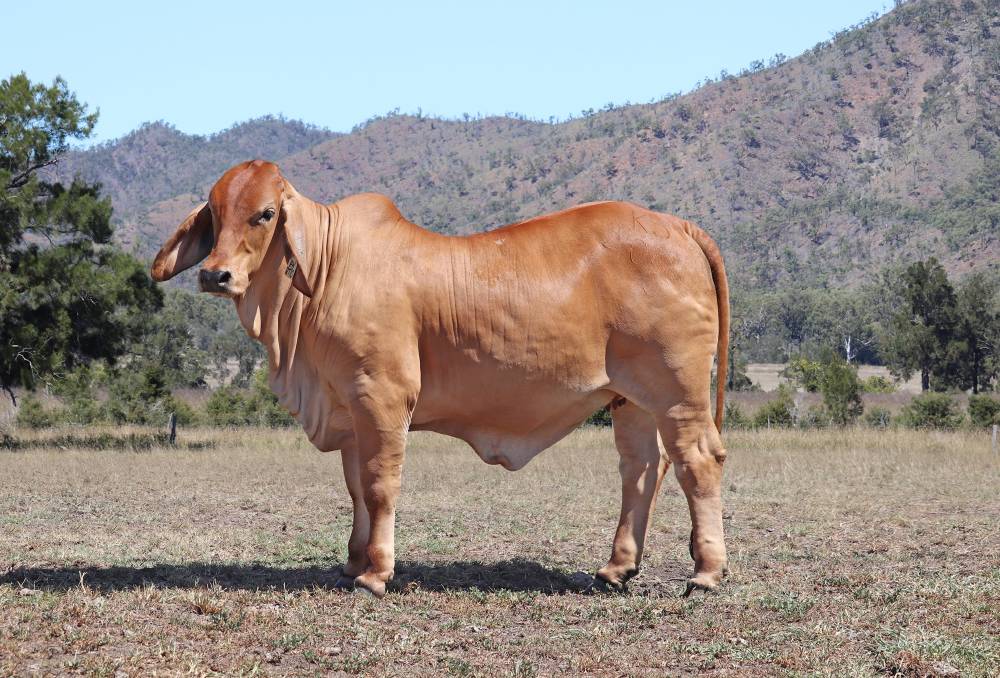 Second top-price for the reds was Stockman Fifi 483 (AI) (PS) who sold to Lyna Walther, Toowoomba.

The packages were offered by Christopher McCarthy, Junction View.

Many foundation and repeat clients were in attendance on the day, along with some new buyers.

Beth Streeter, Palmvale Brahmans, Marlborough, sold eight heifers to top at $11,000, with an average of $7813.

The Besley family, Bungarribee Brahmans, Barmoya, sold four heifers to top at $9000, with an average of $5750.

Christopher McCarthy, Stockman Brahmans, Junction View, sold four heifers to top at $10,500, with an average of $6375.

David and Pearl Christensen, Berida Red Brahmans, Morganville, sold two heifers to top at $5000, with an average of $4500.

An opportunity to bulk buy

Bulk buying honours on the day went to four operations.

Graham Clements and Leonie Stanley, Deacey Station, St Lawrence, purchased nine females to top at $16,000, with an average of $7444.

Flinders International, Harrisville, purchased six females to top at $6500, with an average of $5000.