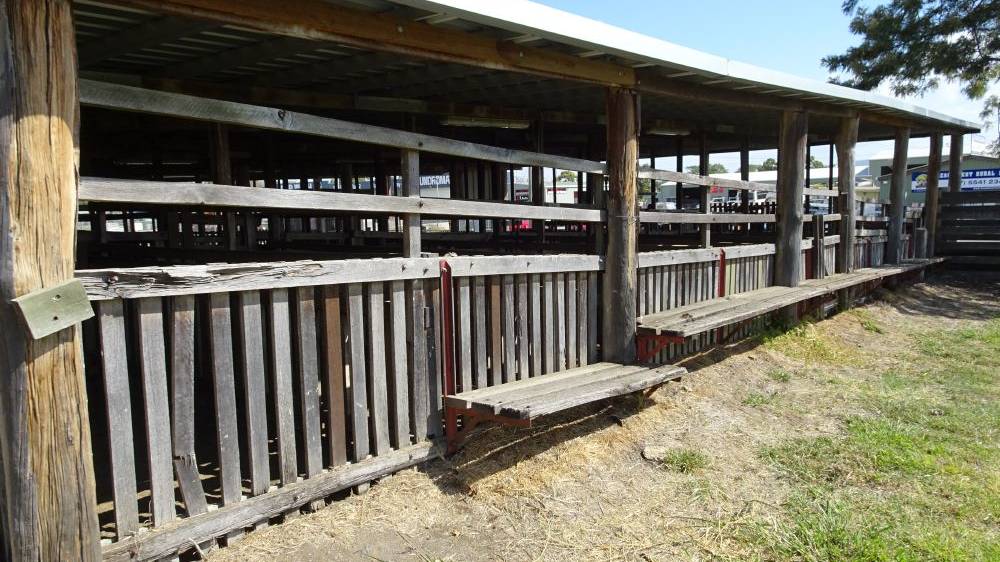 The Beaudesert site is one of only nine purpose built pig and calf saleyards left in Queensland. Picture: Queensland government

Beaudesert is facing a challenge. How to protect its rural heritage when attempting to modernise?

A beloved pig and calf saleyard in Beaudesert, south east Queensland, was entered into the state heritage register in February. But in an unusual case, the local government Scenic Rim Regional Council is appealing against its heritage status.

The move has outraged some members of the community leading to calls for an investigation into the dealings of the council.

The small scale timber saleyard built in 1960-61. It's the last remaining saleyard in Beaudesert's old railway complex, now Davidson Park. Every second Monday small stock are sold at the site, a practice that has been happening in the precinct for 116 years. But at the end of this month that legacy will come to an end after council chose not to extend the lease.

The council had wanted to remove the saleyard structure altogether. The heritage application had been a "last resort" to save the site, according to Lawyer Cliff Kroesen who made the bid.

"The only reason for submitting the application for entry into the heritage register was because the community was outraged by the decision to demolish the pig and calf saleyard and there was no real other way to to preserve it," Cliff said. 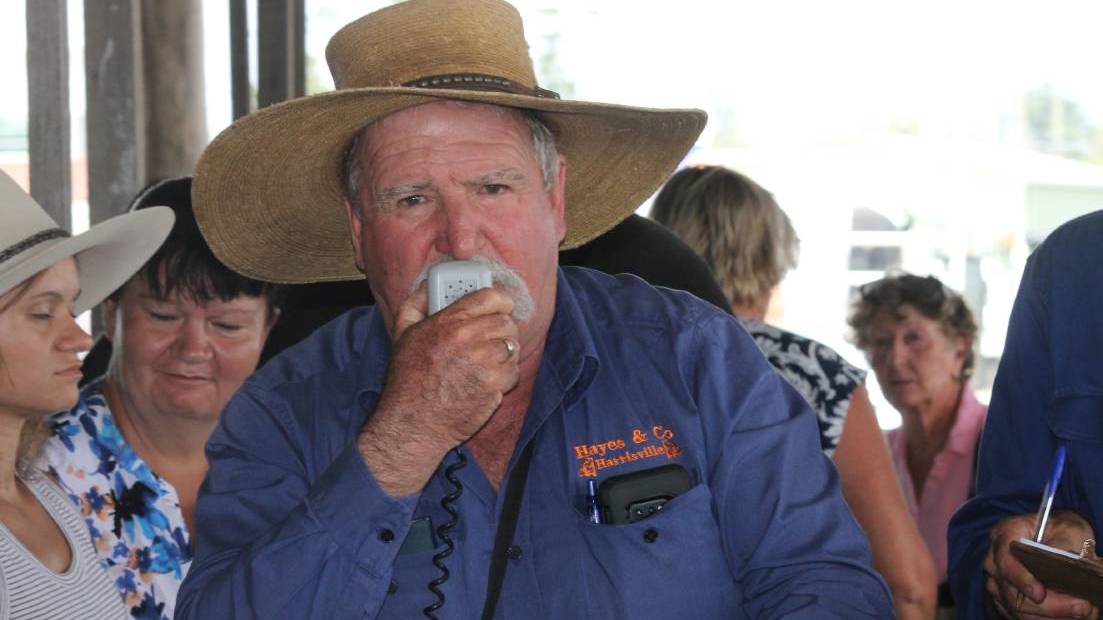 Cliff's heritage application came after petitions with 1250 signatories, calling for the saleyard to be saved, were dismissed by council.

Scenic Rim Regional council planned to remove the saleyard as part of its town centre precinct revitalisation project. The estimated $13.5 million project is partly funded by the Queensland government's Building Our Regions Fund.

Plans propose a new library and community hub, parkland, walkways, greenspaces and RV parking, but no pig and calf saleyard.

The heritage status protects the saleyard but now council is fighting that.

It's the only example in at least the last decade where a local authority has challenged a heritage listing in Queensland according to the Department of Environment and Science. 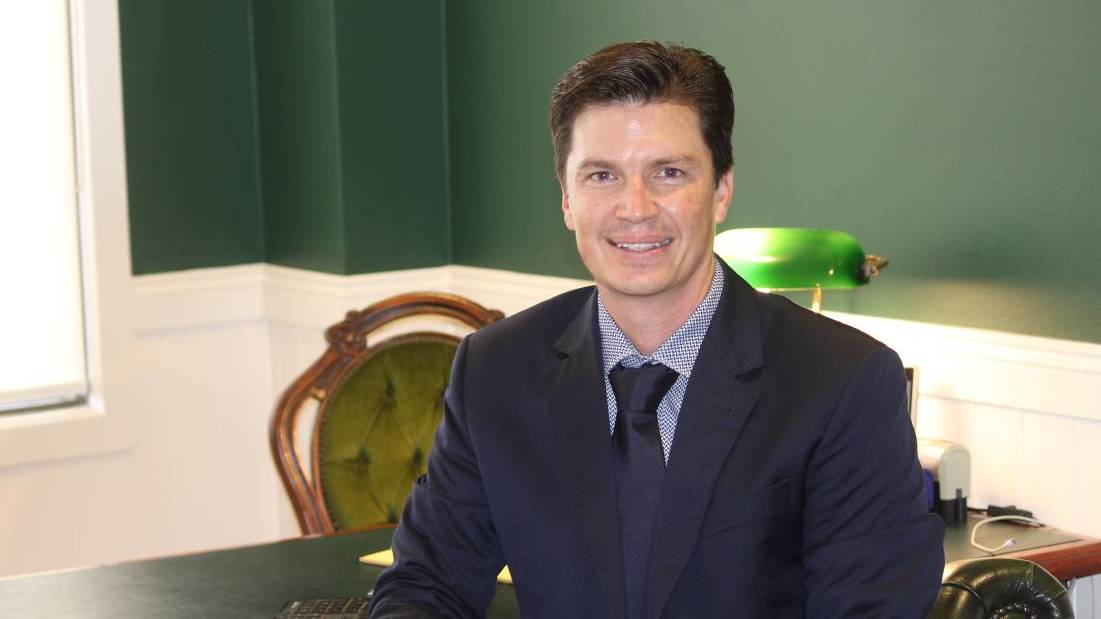 Cliff said he doesn't understand the basis for the appeal, which could cost ratepayers an estimated $50,000 according to the council motion.

"The only way that an appeal can be successful is if it demonstrates that the place of interest does not meet the heritage criteria. And given that the calf saleyards met four of the criteria, I'm not quite sure how an appeal could be successful," he said. 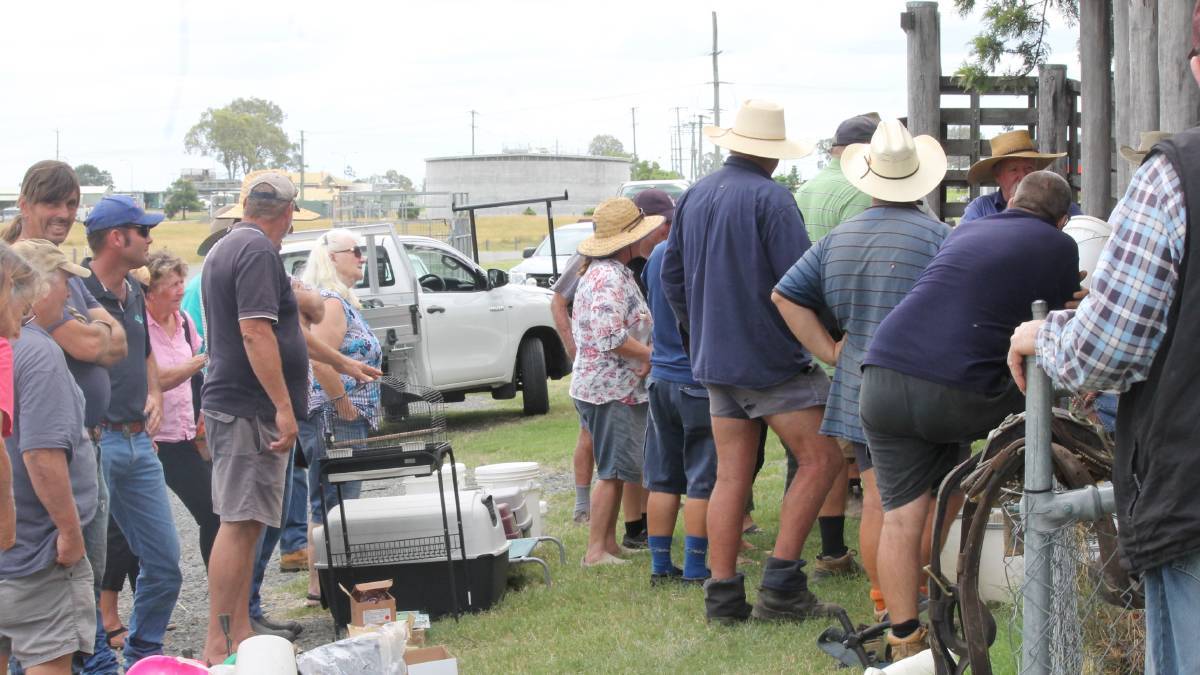 "Everyone was so happy when the Heritage Council gave it the heritage listing, and we thought, well, 'let it be the end of it'," cattle farmer Sue Harrison said. "I really can't work out why the council hasn't wanted to embrace it."

Sue has been going to the pig and calf sale since she was a child when Beaudesert was a premier dairy and pig production region.

"Back in those days it would be chock-a-block," she said. "You used to never go to town on a Monday if you didn't have to because you couldn't get any parks anywhere because everyone came to town."

Sue said the sales were still a big event for farmers in the region. 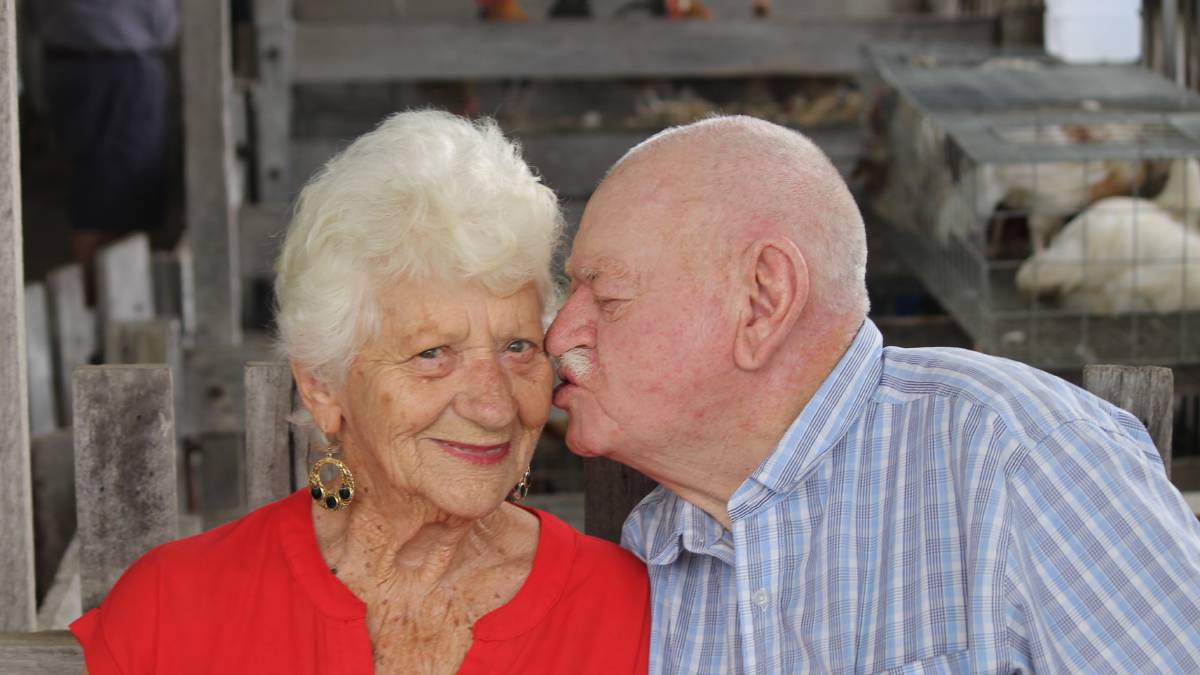 John and Janet Jackson come from Jimboomba once a fortnight for the sales. Picture: Larraine Sathicq

Hundreds of people come to Beaudesert for the fortnightly sale from around south east Queensland and even New South Wales. The town of 6000 is just an hour from Brisbane and the Gold Coast.

"It's a meeting place," said Peter Hayes the lessee and auctioneer of the saleyard.

"These people look forward to the Monday outings. And that's what I think the council has sort of forgotten. We're an agricultural shire not a city shire," said Peter. 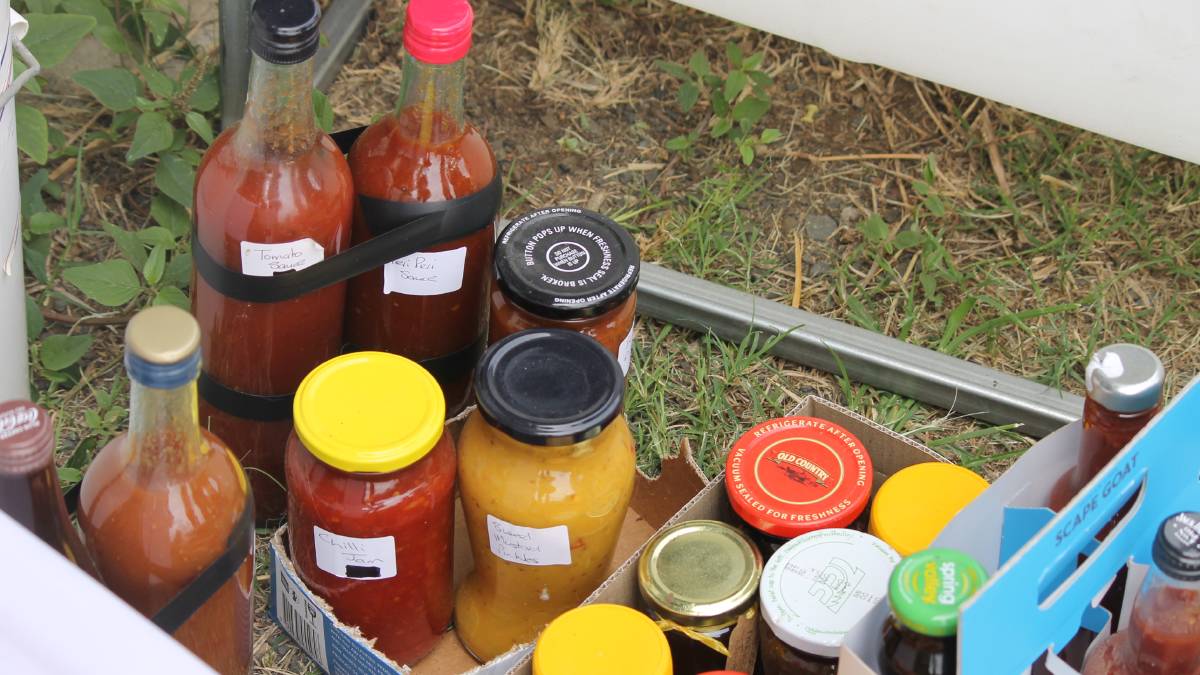 Pigs and calves are not the only things for sale at the saleyard. Picture: Larraine Sathicq

Peter's company Hayes & Co has held the lease on the saleyard for 19 years but that expires on March 31 and council will not be renewing it, citing health and safety issues.

Peter said the sales can continue after the lease lapses at one of his Silverdale saleyards 45 minutes inland, drawing people away from Beaudesert.

Cr Derek Swanborough was the only councillor to vote against the motion to appeal the heritage listing.

"My view was that [council] are one eyed about this particular facility interfering with their grand plans for their redevelopment in the main street," Derek said. "I think they've lost sight of the very thing that they've been told by the community." 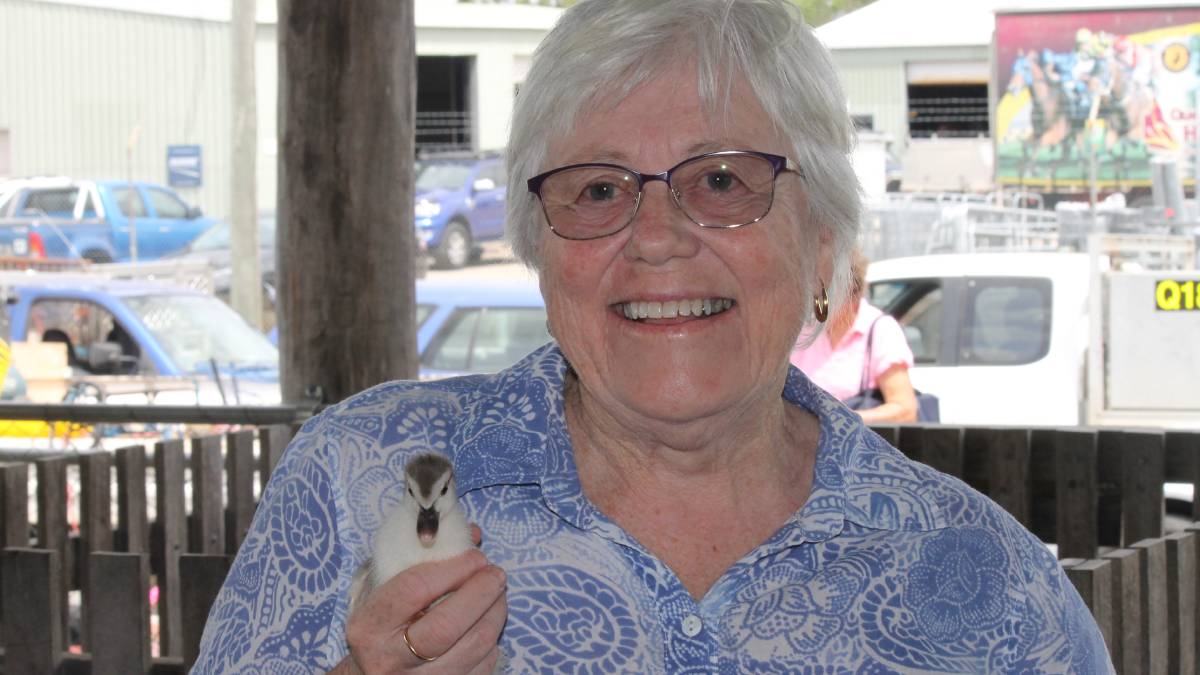 Gold Coast resident Kerry Cahill bought a pair of ducklings after coming across the pig and calf sale by accident. Picture: Larraine Sathicq

Derek believes the saleyard is an important part of the "social fabric" of Beaudesert. He said the saleyard could be a tourist drawcard. That, conversely, people wouldn't come from Brisbane for the proposed town centre parkland.

"They can just go to Southbank if they want a parkland experience, they're not going to drive to Beaudesert for that same experience.

"But if you had a pig and calf saleyard to come and see how a rural town operates... I think it's something unique, and it would be a lost opportunity to let that go," Derek said. 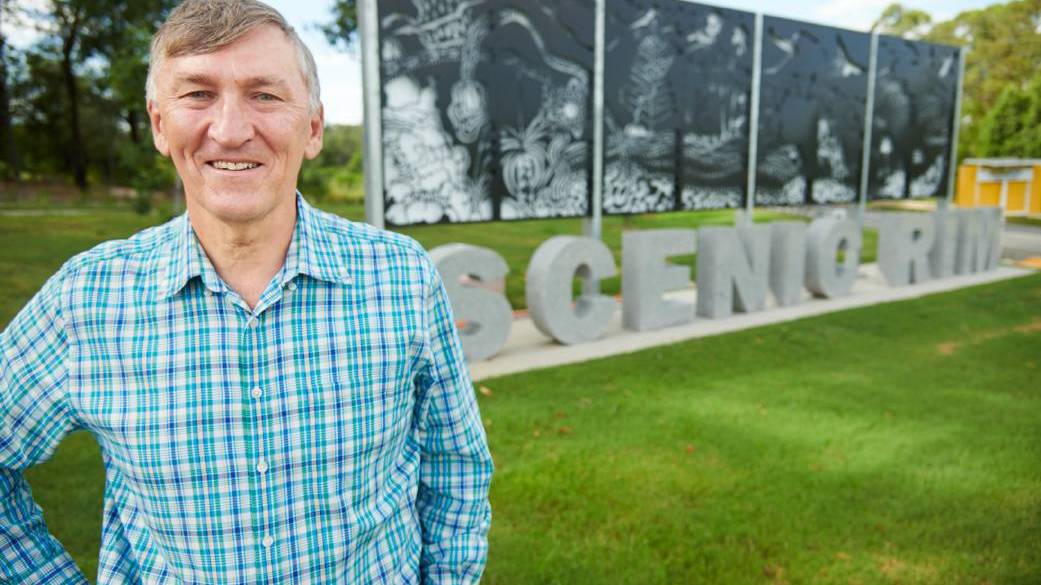 When asked how the saleyard could have been operating if it was unsafe and why the issues hadn't been noticed before the heritage listing, Mayor Greg Christensen said "it's not until you take your car and put it in the hands of a qualified mechanic that you discover there are some issues with your car".

He said an engineering report into the saleyard took place because Peter Hayes' lease was coming to an end. That it had been a long lease granted by the previous council before amalgamation. He called it a "legacy issue".

But only four years ago council invested in a new roof for the saleyard. 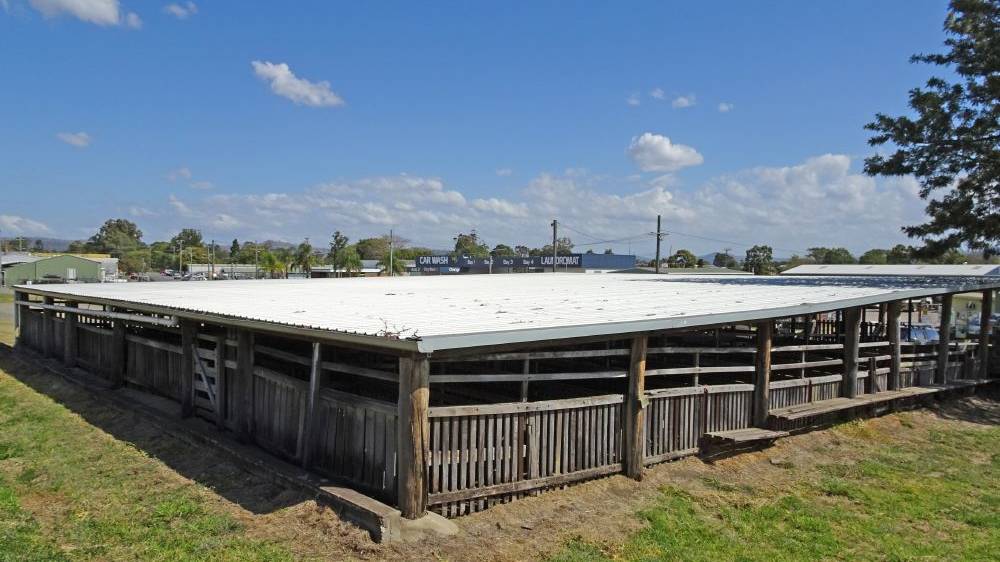 Council invested in a galvenised metal roof for the pig and calf saleyard in 2017. Picture: Queensland government.

So the sales will stop. But Greg said the main reason for appealing against the heritage listing of the saleyard structure itself, is to give council more time to understand the terms.

If sales are to continue safely then there needs to be upgrades made on the saleyard, but would these upgrades affect its heritage status?

"Part of the process of an appeal is to get a better understanding of the limitations," Greg said.

There is a petition making the rounds now calling for an investigation into the council.

The change.org petition "Stop the Rot at Scenic Rim Regional Council" asks Premier Annastacia Palaszczuk to intervene on "the perceived culture of secrecy and closed decision-making". It has more than 1300 signatories. 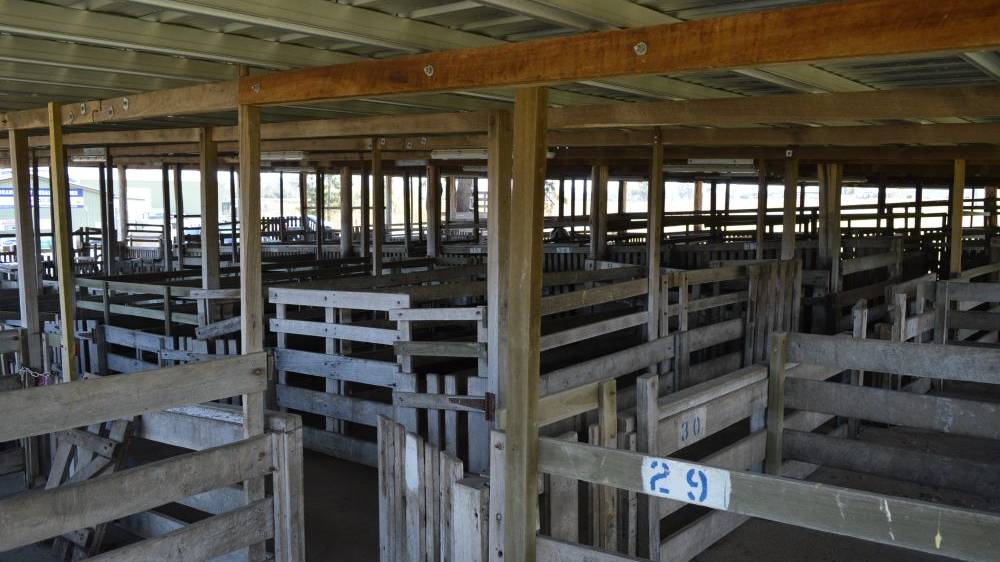 The pig and calf saleyard is made of timber round posts and timber palings. Picture: Queensland government

Petitioner Tom Sharp said the saleyard is just the "tip of the iceberg". He accuses the council of not being transparent in its decision-making process.

He wants to know what basis the council has to spend millions on a new library as part of the town centre revitalisation.

Beaudesert already has a library in Jubilee Park not 500 metres away near the museum, a children's playground and the swimming pool. 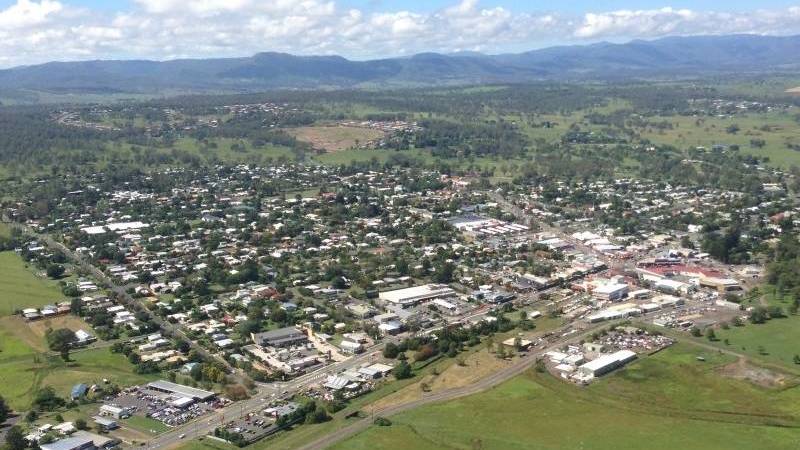 "Where is the report that tells you the usage in the region and the need that demonstrates the numbers that are going through now, and whether it's underutilised and what can be done to change that?" Tom asked.

Mayor Greg Christensen called the petition "defamatory innuendo" and "an attack" on the 400 "hard-working" council employees.

He said the revitalisation project had been developed publicly and the community was given the opportunity to make submissions.

"There are people who didn't bother to engage with the very open and transparent conversations that were going on. And it just seems those people suddenly woke up and enlisted a whole heap of other voices who had equally not been paying attention," Greg said.

"I have just as many people contacting me to say we should get rid of these [saleyards] as I do people who are saying 'why aren't we fighting to hang on to them?'"

For the full story listen to the podcast on the webplayer at the top of the story, or search Voice of Real Australia on Apple Podcasts, Spotify or wherever you listen.

The story How one community is protecting its heritage in the face of change first appeared on Newcastle Herald.