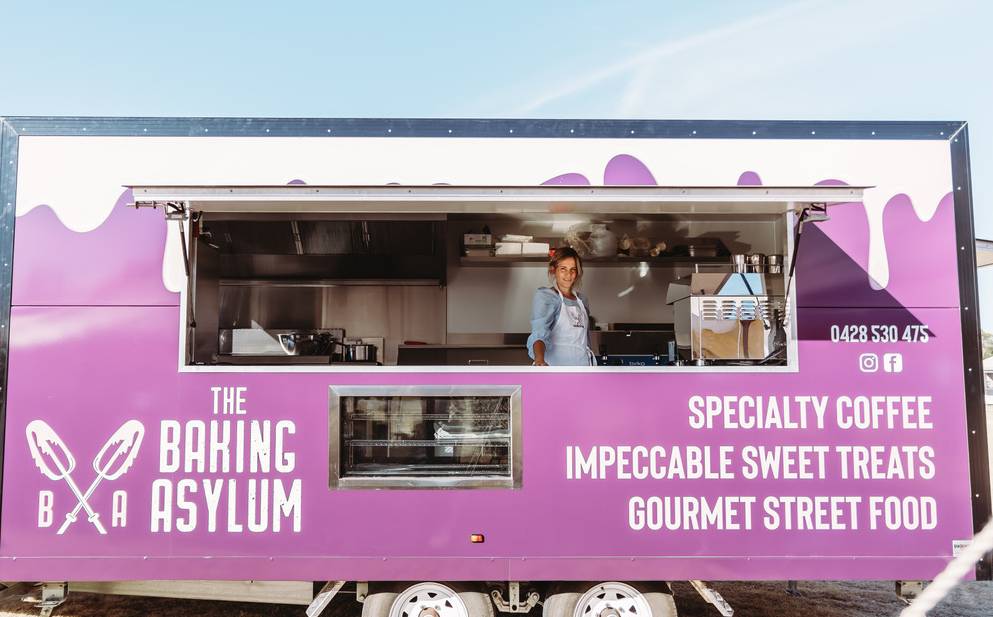 Lauren Butler is the woman behind The Baking Asylum, a food van based on the Western Downs.

Lauren Butler and husband Andrew have a wheat farm five kilometres from Condamine, but since November she has also been been operating her own food van across the region, The Baking Asylum.

Ms Butler said her prickly pear sorbet was initially something she made as a palate cleanser for an event .

"It's a seasonal thing so it won't always be on offer, but I still have some in the van," she said.

" I knew that back in the day people used to look for different ways to use prickly pear, most of them unsuccessful.

"I came across a recipe for prickly pear sorbet and I knew I wanted to try it.

"I've had a good response so far from people who've tried it."

Ms Butler said she had always had a love for baking and loved seasonal flavours.

"I'm always looking for something different to try," she said.

"I look at what's growing in my garden or on the farm and take inspiration from local indigenous ingredients."

Ms Butler operates her van in Miles on Thursdays but also caters for a variety of events, with The Baking Asylum's moniker a nod to her busy life.

"Our life is so full and busy with life on the farm and having small children," she said.

"Baking is the sort of thing that calms all the craziness. I go in there and get calm while I'm making pastries at 4am in the morning."

Ms Butler said she had received a very positive response to her business so far and looked forward to catering more events throughout the region.

"I've been very busy with events," she said.

"Part of it is teaching people that really good food can come from a van, it's not Dagwood dogs and hot chips. 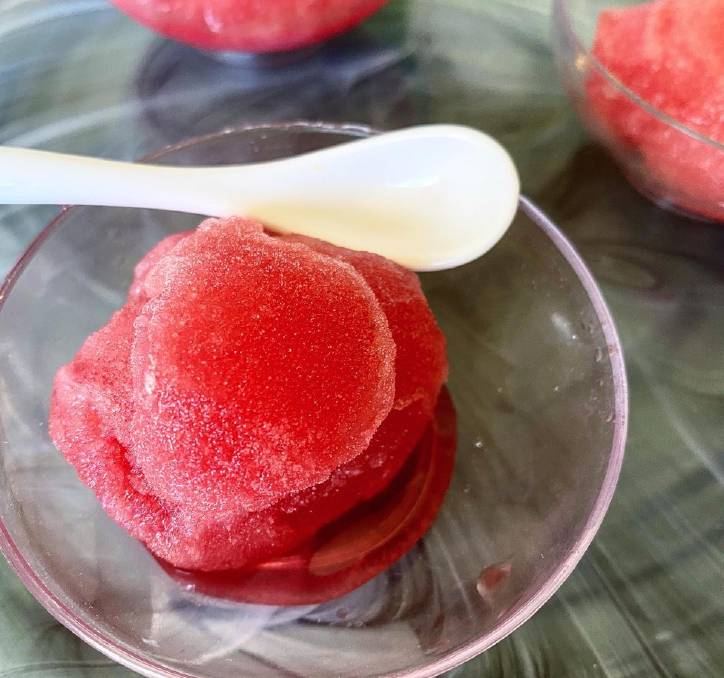 Prickly pear sorbet as made by Condamine's Lauren Butler.