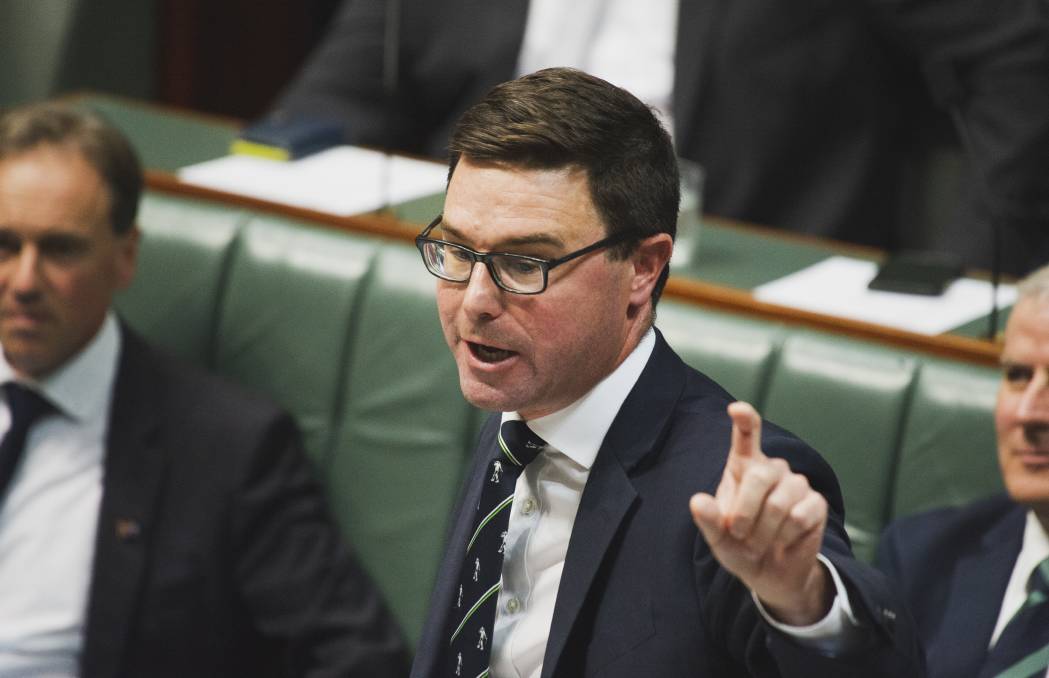 "The industry needs to maintain its credibility - running off to the media with exaggerated numbers isn't helpful."

THE live export industry has been slammed by the Agriculture Minister for "scaremongering" and "disingenuously" reporting exaggerated numbers for proposed regulation fees.

Producers and exporters raised concerns about a document that flagged a new round of regulation fee increases, that jump more than 400 per cent over a three-year period.

But Ag Minister David Littleproud said the numbers reported "were well outside reality" and the industry was deliberately misinterpreting the document.

Mr Littleproud said the document showed how fees would increase if the government and the industry did not embrace technology to reduce the regulatory burden.

"The document essentially says if we do nothing, if we don't undertake regulatory reform, this is what would happen in four to five year," Mr Littleproud said.

"We sat down and talked to [the live export industry] about this document, it was presented and explained to them, so they knew from these discussions that this is the starting point.

Mr Littleproud said the live export industry had a chequered history, which was why the government had been forced to impose heavy regulations, and spreading misinformation further "diminished the integrity of the industry".

"The industry needs to maintain its credibility - running off to the media with exaggerated numbers isn't helpful," he said.

"These conversations started in good faith. They're disrespecting the process. The industry needs to show some leadership, common sense and responsibility."

The government does have to recover $28.4 million from live exports. Over the past few years, only 25 per cent of the regulatory cost has been recovered, with taxpayers covering the rest.

"We can't have the Australian taxpayers continue to pay to regulate the industry," Mr Littleproud said.

"These regulations had to be imposed because of the industry's actions, they're the ones that have created the regulatory risk. It is their responsibility to do the right thing, they haven't done that and that's why these regulations have been imposed.

"They've created the cost, it's their responsibility to pay for it. For some reason, they think by scaremongering they can change the results - well good luck to them."

The export industry estimates cost-recovery fee increases would add up to $50 a head, depending on ship, loading port and destination.

The document shows if the government made no regulatory reform, the recovery cost would increase from 31 cents to $1.33 a head for sheep and from $1.21 to $5.16 a head for cattle over four years.

"The numbers being put forward by the industry are disingenuous and irresponsible, and the document outlines that," Mr Littleproud said.

The government has flagged a number of ways it could use technology to make regulation more efficient and less expensive, such as using cameras to replace independent observers.

The document states if the government goes ahead with its planned regulatory reform, the total cost recovery amount would drop by $4.7m, to $23.7m by 2023-24.

"If we can embrace technology together, we can reduce the regulation burden," Mr Littleproud said.

"If the live export industry has another mistake, ultimately it will be the producer that feels the pain and we can't have that."