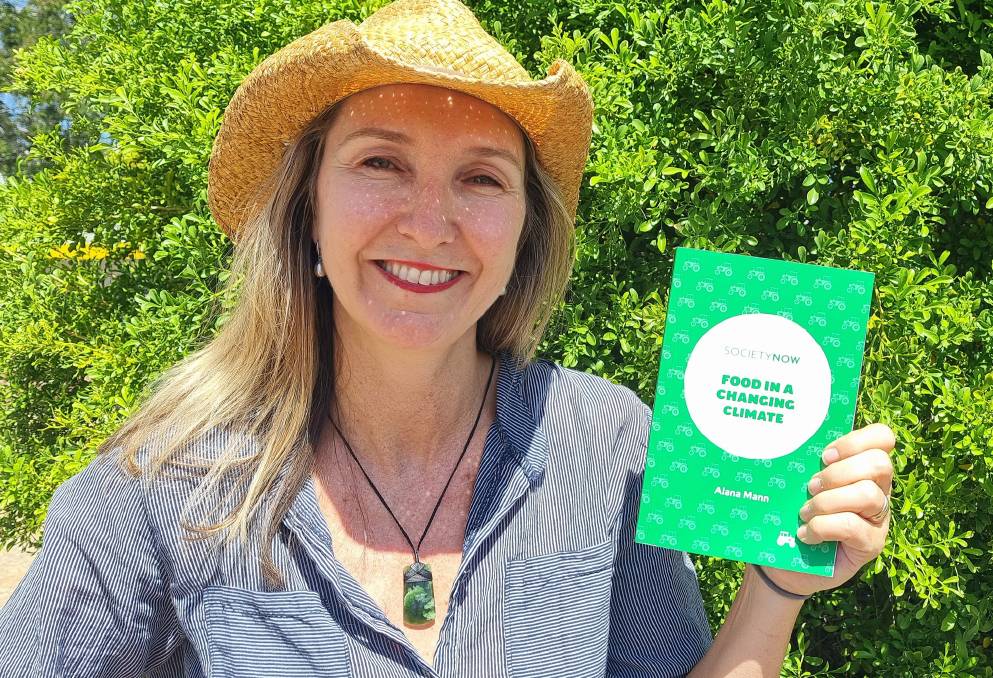 NEW FOCUS: Associate Professor Alana Mann, from the Sydney Environment Institute at the University of Sydney, with her new book on the way food is produced. Image: Edwina Pilch

Most of the people hungry around the world are those producing export crops.

The attention being placed on food supply chains in the wake of COVID-19, which even in farm-abundant countries like Australia were found wanting, is paving the way for change.

Combined with the climate crisis, it will be a powerful force towards building supply chains that deliver healthy, locally-grown food that returns a fair price to farmers without pillaging the environment.

This is the belief of Associate Professor Alana Mann, from the Sydney Environment Institute at the University of Sydney, a political economist in food studies.

Her new book, Food in a Changing Climate, delves into the concept of food sovereignty - democratising food production and paving the way for local communities to regain control over local food systems.

It's an international movement developed by an organisation of peasant farmers, La Via Campesina, concerned about big agribusiness companies taking over agriculture and dwindling regional food security.

The great irony of the modern food system, Prof Mann explains, is that most of the people hungry around the world are those producing export crops.

Food sovereignty is a political concept but it has a strong basis in agroecology, recognising no one size fits all and promoting diverse food cultures and people having access to their own local foods, she said.

"A lot of the elements of food sovereignty are resonating more with people in light of climate change, and with COVID highlighting the precarious nature of our supply chains and food security," she said.

"Rather than being written off as a protectionist strategy, food sovereignty is becoming a way forward - a resilient local food system that makes sure farmers stay viable."

Her book argues the 'cheap-food-piled-high' dynamic of commodity agriculture works for big ag companies but not for the farmer, nor for society as crises take hold.

Australia has headed too far down a track of retailers making huge profits while farmers struggle to get farmgate prices that allows them to stay in business, Prof Mann believes.

"A byproduct of that is farmers are frequently misrepresented as collectively responsible for the greenhouse gas emissions produced by agriculture."

The problem becomes more complex given the argument that overproduction of food subsidises poor diet, she said.