Chinese consumers know they have plenty of alternatives if they can't buy quality Australian food products, but the choice is tougher for Aussie exporters. 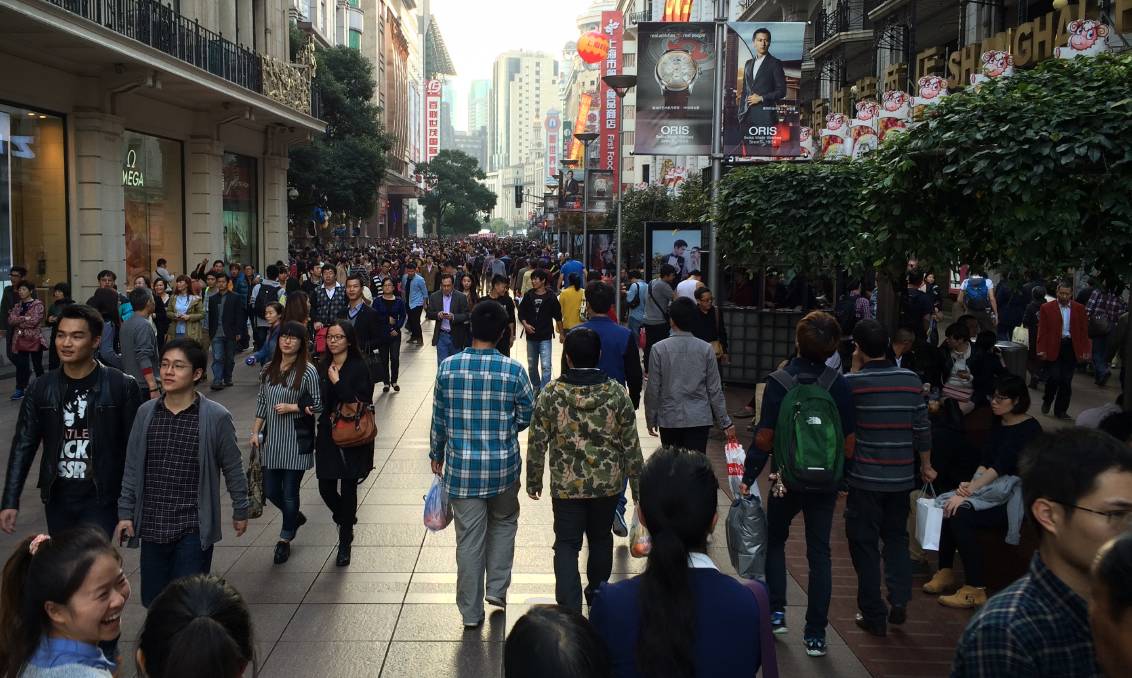 Chinese consumers may love the quality, taste and clean credentials of Australian-grown food, but they also happily find alternatives from elsewhere around the globe if they can't buy our green and gold option.

As trade frictions between Australia and China leave Australian wine, seafood, cotton, barley and some beef brands off the menu for Chinese shoppers and processors, the real cost of losing a foothold in our biggest overseas marketplace has been highlighted at agriculture's Outlook 2021.

China is worth $12.3 billion a year to Australian agricultural exporters.

It takes about a third of all offshore sales in the ag category.

Aside from foregoing our market share to a rival export nation, once Australian exports are pushed off Chinese supermarket shelves they are highly unlikely to reap the sort of price premiums they now fetch when they have to find new buyers elsewhere.

The outlook conference also heard research from China suggested we won't easily regain those premium prices if our shunned agri-food exports are allowed to return.

The Australian Bureau of Agricultural Resource Economics and Sciences estimates Chinese markets have paid premiums typically 10 per cent to 20pc above price trends for our exports to other destinations.

We can get a bit caught up in our own belief that there is nothing much else out there that Chinese shoppers really appreciate - Dr Jared Greenville, ABARES

"Chinese consumers like the attributes they associate with Australian food and they've been willing to pay, but they don't consider our products unique," said ABARES acting executive director Jared Greenville.

"They feel they can get the same products elsewhere.

"We can get a bit caught up in our own belief that there is nothing much else out there that Chinese shoppers really appreciate."

He said while the China market was comfortable with the Australian brand's provenance and safe reputation, if our wine, beef or dairy product exports were interrupted and shoppers fell out of the habit of buying Australian they would be less willing to pay premiums in future years.

Research conducted for ABARES with importers and shoppers on the street found despite Australia enjoying a high reputation for almost all its products in China "consumers did not foresee difficulties replacing Australian products with equivalent quality from elsewhere".

"If less Australian beef were able to reach the Chinese market, buyers expected they could purchase quality cuts from elsewhere," the China Policy research report stated.

Australian wine, now all but banned from China by tariffs adding almost 200pc to the cost of bottled imports, would be easily substituted for product from Europe, South America or the US.

"French wine is considered top of the market," the report said.

"Australian wine is regarded as value for money and purchasers like the taste and see it as a good entry level wine ... consumed at business meetings and events as a good alternative to hard liquor.

Australian barley, used in beer and spirits, was also appreciated for its quality and price, but buyers did not expect any issues when switching to barley from other countries.

"When political tensions subside we expect Australian barley will return, but not at the same level as before," the report said.

Australian wheat was viewed as good for high-end Asian dishes, but imports from Europe were preferred in China's expanding baked goods sector.

The research also showed while our barley had enjoyed a price advantage, the premium would be undermined by five years of Beijing's tariffs, and importers now looked to other sources such as the US to meet orders once dominated by Australian grain.

China's pig herd rebuild would likely undermine demand for our meat at peak prices, while the shortage of Australian beef available for export in the past year had already prompted Chinese importers to choose other suppliers.

Dr Greenville said ABARES still expected China to remain a big and valuable market for Australian farmers, but sales growth would plateau as exporters scrambled to diversify their options, or respond to new trade hurdles forcing them to find different buyers.

Australia was already "back filling" gaps in the global market where other exporters such as the North Americans were less active as they focused on China, notably in the grain trade.

"However, extracting good returns from other markets will be more difficult," he said.

"We won't get the sort of prices or price growth we've enjoyed with China because other countries don't value our brand or its provenance as much.

"That's a value challenge we have to confront.

"Australia's total export quantities have actually been quite stable for some years - most of our higher export returns have come from premium prices."

While Australia had built good trade connections with China in the past decade, he told Outlook 2021 the US farm sector's experience during President Trump's tariff trade war with Beijing had created a lot of tension for farmers and extra market costs as exporters were forced to shuffle sales of soybeans and other crops to establish new markets.

"It created a lot of uncertainty, risk and inefficiency in the market," said Mr Chandler just back after five years based in the US.

"Unfortunately Australian farmers don't have the safety net of a huge domestic market like America to support them when big overseas export buyers aren't buying."