More than 100 graziers were keen to see the results of the leucaena trial at Fairview, Calliope. 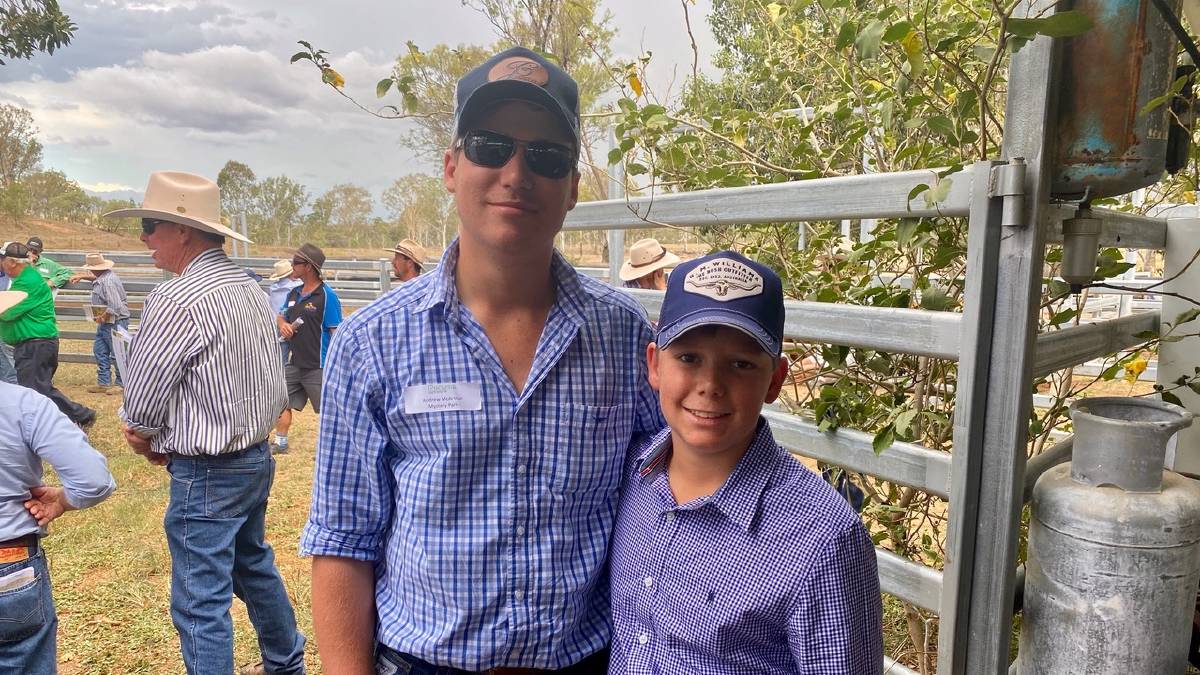 The threat of imminent storms and showers could not dull the enthusiasm of more than 100 graziers, agronomists, service providers and extension staff who attended the Fairview leucaena field day last month.

The cattle were provided by Calliope graziers Philip and Claire Mann of Wycheproof, Edward and Kara Quinn of Voewood, and Will and Kate Wilson of Calliope Station.

The field day, organised by The Leucaena Network, the Mayne family, DAF and agricultural consultant Ross Newman, focused on the liveweight gain comparisons between the native grass and leucaena pastures, and the innovative ways in which Mr Mayne is improving his property with leucaena plantings.

Whilst the anticipated rain brought the paddock and cattle yards visits to an earlier conclusion than expected, the attendees received comprehensive updates on current leucaena activities and opportunities, the Fairview trial findings to date, and an opportunity to view the innovative leucaena plantings on Fairview.

Rockhampton beef extension officer Mick Sullivan reported that over the 262 days from May 29, 2020 to February 15, 2021, the average daily weight gain for steers grazing the leucaena and signal grass pastures was 0.653 kilograms per head per day. The steers grazing native pastures gained 0.440kg/head/day.

On February 15, the steers on the leucaena were 59kg heavier than those on the native grass pasture - 450kg vs 391kg.

"As expected, the weight gains from the leucaena pastures were higher, however the weight gain of steers in the native grass paddock was better than expected due to the cattle having access to Hymenachne and Para grass in a lagoon," Mr Sullivan said.

"The diet crude protein and dry matter digestibility data show the much higher quality of the diet on the leucaena and sown grass pastures," she said.

"Another interesting component of the work is the Delta Carbon analysis showing the increasing percentage of leucaena in the diet as the dry season progressed."

By converting 60 per cent of the 1600 hectare property to leucaena and improved pastures over a six year period, the program aims to increase carrying capacity from 660 adult equivalent to 1200AE.

Mr Mayne feels that whilst the total cost of the property development may seem expensive - in the order of $1500 a hectare - the costs can be justified when the rise in production levels is applied.

"By undertaking the land improvement activities, carrying capacity has doubled and there is significantly increased weight gain," he said.

"This is only early days, but it is encouraging when you consider that we have only received 60pc of our average rainfall in the last three years.

"Obviously there have been some activities that are more 'experimental', like planting leucaena into man-made banks on low production Narrow Leaf Iron Bark ridges. This shows a lot of promise; but we don't have any data on it yet."

Mr Newman concurs. "Through serious investment in Fairview's land, soil and pastures, Bruce and Lucinda have been able to improve the quality and the quantity of dry matter when compared to its previous native pasture base," he said.

"This lift in forage production, coupled with a significant improvement in diet quality with leucaena will result in Fairview, when fully developed, turning off up to three times the original liveweight turnoff of 100,000 kilograms.

"In this coastal environment, there is usually never an issue in growing a large body of pasture, however, feed quality becomes the limiting factor. Leucaena and sown grass pastures provide a higher quality diet for a longer period and particularly in autumn and winter."

Full details of the liveweight gain data from the Fairview trial are available on The leucaena Network's website.

It is planned to conclude the trial with sale of the steers at the CQLX Special Weaner and Feeder Sale on May 31, 2021.