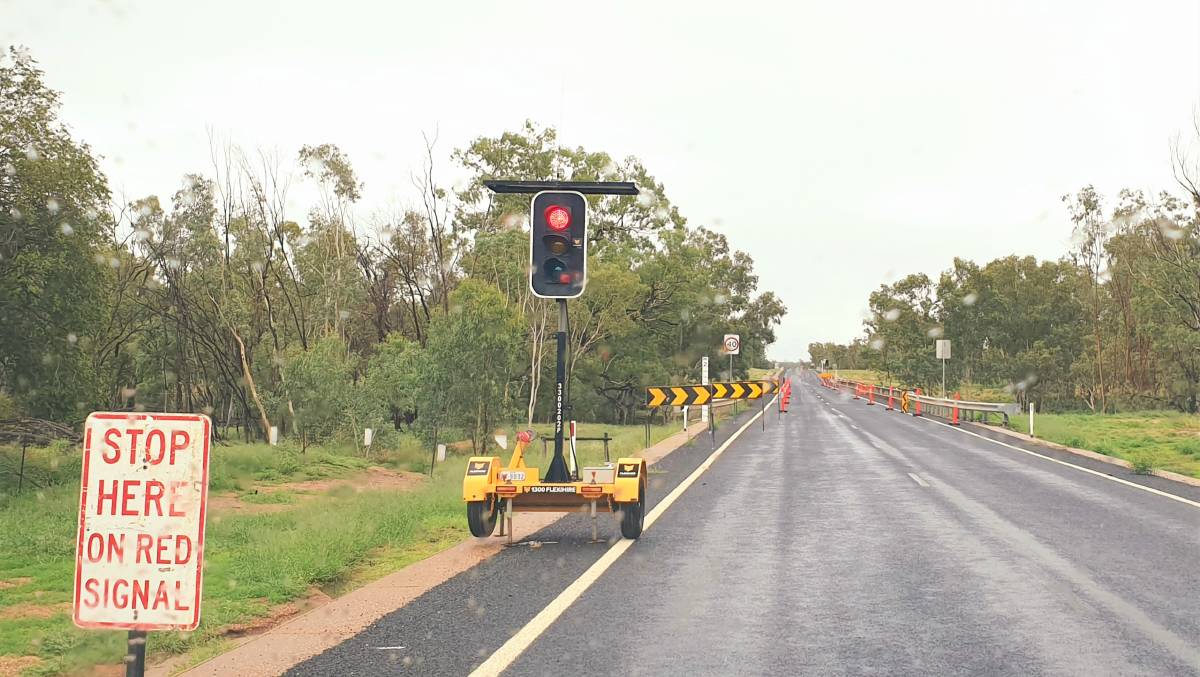 The single lane crossing of the Alice River on the Landsborough Highway south of Barcaldine.

The thousands of motorists, caravanners and road train drivers enduring delays for the past four months when travelling between Barcaldine and Blackall will have to fume behind their steering wheels for some time longer.

The thousands of motorists, caravanners and road train drivers enduring delays for the past four months when travelling between Barcaldine and Blackall will have to fume behind their steering wheels for some time longer.

The Department of Transport and Main Roads confirmed this week that although their investigation into the movement of a pier on the Alice River bridge on the Landsborough Highway south of Barcaldine was in its final stages, geotechnical studies would still take several more weeks to conclude.

It's unknown how long repairs would take once a cause for the movement has been identified.

The bridge was closed down to a traffic-controlled single lane in November last year when a dip in the structure became apparent.

The TMR spokesman said "considerable progress" had been made since then.

"The investigation is in its final stages, with targeted geotechnical studies underway," he said.

"This will provide the additional information to identify the most appropriate long-term solution for repairing the bridge.

"When the technical solution is confirmed, the associated cost and timeframes for repairing the bridge can be established."

The completion of the studies are dependent on weather and water levels in the Alice River and would take several more weeks, the spokesman said.

"Motorists will see work crews operating in and around the riverbed near the bridge with large machinery on-site when needed.

"These works will not impact access to the bridge."

The public was assured that the bridge remained safe and effective as a single lane, which the department said would remain in place until investigations were finished.

"Safety of all road users is our top priority and the level of the bridge is being regularly surveyed, with minimal movement reported since late last year," the spokesman said.

"This is a complex matter that requires comprehensive investigation, and we thank motorists for their patience and understanding.

"We will update the community when the geotechnical investigations are completed."

An average of 400 vehicles use the Alice River bridge daily.

Road users seeking information on roadworks and other traffic information can visit www.131940.qld.gov.au or call 13 19 40.