The Allora Show's cattle section was extremely popular when it returned to the ring for 2021.

The Allora Show's cattle section was extremely popular when it returned to the ring for 2021, in February.

According to steward Melinda Hoey, the prime section, with 68 head, was the best it had been for some years.

There were around 28 head entered in the led steer section and around 120 head in the stud cattle section.

"The schedule was only out two or thee weeks before the show, so it wasn't a bad effort on the exhibitors' behalf considering that timeframe," she said. 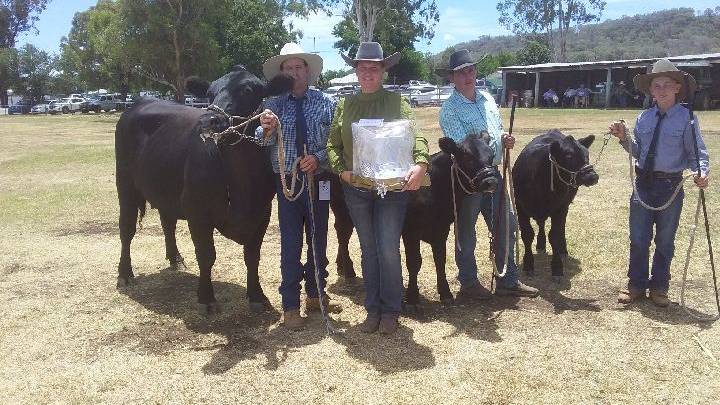 Stephen Hayward and Kellie Smith's cow K5X Wilcoola N106, together with twin calves, was judged the champion stud beef exhibit of the show.